There is an attractive SPG Moments auction ending today which, so far, has attracted very little interest.  It is one of those auctions where the headline used to sell it vastly undersells the value of what you will receive.

The auction is headlined “Get backstage passes to Five Guys Named Moe at Edinburgh’s Christmas”.  The current bid at the time of typing is 9,500 Starwood Preferred Guest points (28,500 Marriott points).

Dig into the auction and it looks a lot more interesting:

As long as you are free on those dates and can get to Edinburgh, this looks like a good deal to me.  The Sheraton Grand was fully refurbished a couple of years ago and is one of only a handful of Sheraton hotels to carry the ‘Grand’ name.  The hotel website is here.  I value the package at around £700.

The auction ends at noon today although the closing time extends by 5 minutes if there are any bids in the last 5 minutes, and only ends when there are 5 minutes with no bids. 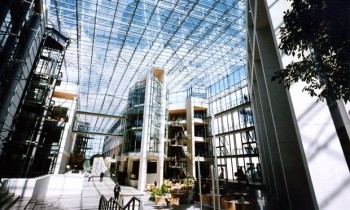 Falling into the ‘couldn’t make it up’ category comes this article from The Guardian yesterday.

Apparently, until he saw the final draft of the Airport Commission report into Heathrow expansion, Willie Walsh (CEO of IAG, the parent company of British Airways) didn’t actually know that the third runway would require the demolition of BA’s state-of-the-art and hugely expensive Waterside HQ – photo above, I’ve been, it’s very nice.  No-one from Heathrow Airport had ever bothered to tell them …..

Whilst BA will receive 25% above its market value when the site is purchased, this is of limited benefit as the airport recoups the cost by increasing charges to airlines – 56% of which is paid by BA. 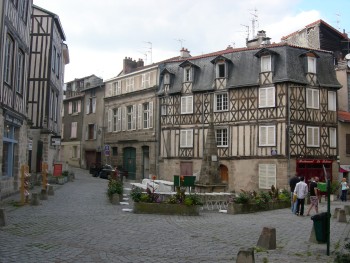 British Airways has announced a new route to Limoges in France, pictured above.

Flights will operate four times a week from Gatwick, with the service commencing on 28th May 2017.

Tickets, for cash or Avios, are available for booking at ba.com.