Avios (as in avios.com and not British Airways Executive Club) has, with no communication to members, announced on a quiet corner of its website that it is dropping three airline redemption partners.

This kicks in from next Wednesday!

When the Avios scheme was launched in late 2011, avios.com brought in a range of new airline partners alongside BA and Iberia.

As per this page, it is a little known fact that you can redeem Avios on Air Malta, Aurigny (the Channel Islands airline) and Monarch.

These redemptions are with avios.com, not British Airways Executive Club.  To book them, you need to open an avios.com account and use the ‘Combine My Avios‘ function to move Avios from BAEC into avios.com.  There is no charge to move your Avios and you can reverse the transaction if required.

These partnerships are now being wound down.

This one comes with surprisingly little notice.  The ability to book Avios redemption seats on Monarch will end on 4th January 2017.

Tickets booked before that date will remain valid.  Existing bookings can be cancelled.  The Avios website also says that bookings can be ‘amended’ although I don’t see how that can be possible because there will be no redemption availability showing in the booking system to allow a flight change.

I’ve never flown Monarch.  However, here is an old trip report from a US blogger who redeemed Avios to fly from Luton to Mallorca with Monarch.  It does sound like fun ….

I ran some pricing examples on Monarch and the value per point was not dreadful.  Leeds Bradford to Palma is 15,000 Avios plus £93.  A cash ticket for dates in May, which had redemption availability, was £131 for a ‘flight only’ ticket and £185 for an ‘essentials’ ticket which included a suitcase and seat selection.  Assuming that you would check in a suitcase – and Avios tickets come with one piece of luggage – it would have worked out at around 0.61p per Avios.  That is not great but better value than, say, a wine redemption.

Aurigny flies to various Channel Islands destinations from Gatwick, London City, Bristol, Southampton, East Midlands, Stansted and Manchester.  You can see a full list of routes by visiting their website and clicking on ‘Timetable’.

Availability from Gatwick is good.  For a random midweek date in June 2017, there were six departures to Guernsey available (economy seats only) and a return ticket would cost you 9,000 Avios plus £35 in tax.

These are OK deals.  A typical cash ticket for the dates I checked was £99 return.  That is around 0.72p per Avios of value. 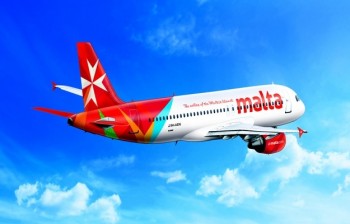 The Air Malta partnership will also end on 1st April.  Tickets booked before that date will remain valid and can still be cancelled if necessary.

This was always a bit of an odd partnership.  When it was launched, BA did not fly to Malta and so it filled a gap in what was presumably seen as a core target market for Avios customers.  British Airways launched its own flights to Malta a couple of years ago which meant that this partnership became less valuable.

As with all of these partner airlines, you can seach for Air Malta flights using the standard avios.com reward booking site. If there is availability, it will show up but only in Economy.

Seats have historically been available on the scheduled routes from Heathrow, Gatwick and Manchester to Malta.  You do not tend to see redemptions offered on some of the Summer seasonal routes from smaller UK airports.

There is currently a lot of ‘tidying up’ being done at Avios.  We have seen various redemption options dropped (see this article) including theme park tickets, sporting holidays, Eurostar tickets and the ability to earn and redeem Avios on package holiday bookings.  We now have the loss of three airline partnerships.

My best guess is that this is all in preparation for the full merger of the various schemes on the avios.com platform.  Aer Lingus AerClub was launched on this model – if you want to redeem your points, you are diverted to avios.com to do so.  The same will presumably soon be true for British Airways Executive Club and Iberia Plus members.

In order to do this, Avios needs to drop partnerships which would conflict with these airline partners.  Eurostar conflicts with BA and I doubt BA would want Executive Club members to be able to redeem for it directly.  Earning and spending Avios on package holidays conflicts with BA Holidays.  Redeeming on Monarch, Air Malta and Aurigny conflicts, on some routes, with British Airways.

At some point we should start to see benefits from this move.  Royal Air Maroc, for example, is adopting Avios as its currency which should bring extra reward availability to Morocco and, via connections, into parts of Africa not served by British Airways.

In the short term, though, redemption options will get worse before they get better.  This is especially bad news for flyers outside London who will see a sharp drop in the number of flights on which they can redeem their Avios points.

You can learn more about the airline redemption changes on avios.com here.  You will note, with irony, that the slogan on the page is ‘Giving You Choice’.