British Airways will announce its contingency plans on Monday.  This is likely to involve, based on the strike this week:

charter aircraft being used on some flights

Do not ring BA now and try to change any existing flight plans.  The call centre will not allow changes, unless you have a flexible ticket, until the contingency plans are released. 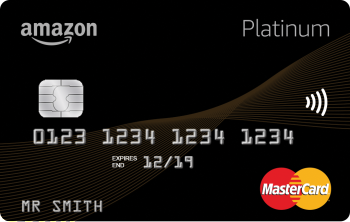 With little publicity to date, Amazon has launched the Amazon Platinum MasterCard.  The package is pretty decent and it is arguably the best cashback card on the market for heavy Amazon users.

You may want to weigh up whether this is a better deal than any miles or points MasterCard or Visa you have.  Here are the core benefits:

the card is free

you receive £10 of Amazon credit for signing up

you get 0.5% cashback on all spend in Amazon credit (same rate as the John Lewis and ASDA cards)

The card also looks pretty smart and is likely to be more of a hit with the boys / girls than carrying around an ASDA credit card!  The only downside is the interest rate which, at 21.9%, is very high – don’t touch this card if you ever roll over a balance.  The issuer is New Day.  Full details can be found here.  Representative APR 21.9% variable.