Until early 2013, American Express allowed you to transfer your Membership Rewards points to someone else, at any time, for a £15 fee.  This option no longer exists.

The terms and conditions of the Gold and Platinum cards (PDF) explicitly allow you to transfer your points to another person when you close your account.

Here is the wording:

Before I carry on, let me give you the back story to this article. 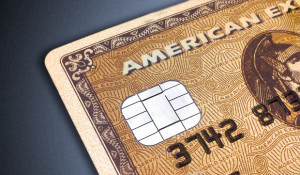 Whilst this clause exists in the Terms & Conditions for the Gold and Platinum cards, I think it is not meant to be there.

My understanding is that Amex intended to remove this feature when they stopped allowing transfers of any kind back in 2013.  Every so often, a Head for Points readers tries to get American Express to move their Membership Rewards points to someone else when closing the card.

I first wrote about this back in October 2013.  Amazingly, for the last 40 months, Amex has not changed their Terms & Conditions to remove this clause, even though they were updated in December 2014.

Amex has continued to refuse to transfer Membership Rewards points when you request it upon card closure, obliging you to make a formal complaint.  However, there may be some movement on this issue.

A reader recently had the same debate with American Express that I outlined above:

he escalated to a supervisor – refused

What is more interesting, though, is what he was told told.  Whilst a manager told the reader that it WAS a mistake to leave this in T&C’s originally, Amex had decided at some point to leave it in.  They forgot, however, to tell the call centre which is why agents refused to do transfers.  He was then told that all call centre agents were being sent a memo to remind them that MR points CAN be transferred to a third party (not necessarily at the same address) on closure.

In general, I have always said on HFP that you must empty your Membership Rewards account when you close your card.  This was the best course of action.  It simply wasn’t worth, in my view, going down the road of pushing it with Amex, wrecking your reputation with them and then escalating it with the Ombudsman.  Life was too short.  If agents genuinely have been a sent a memo telling them to allow transfers on closure without a fight, however, I will change my advice.