Andrew is starting his new role “with immediate effect” (he was previously head of IAG Cargo) whilst Gavin “is leaving IAG” having resigned on Friday.

Gavin Halliday was a friend of this site – we drive huge amounts of third-party partner revenue for Avios Group, after all – and we had various lunches over the last couple of years where we chewed the fat about developments in the industry.

I always felt that Gavin ‘got it’ in terms of how the programme had to work in order to thrive.  His problem was always how to broaden out the appeal of the scheme, both geographically and demographically, with BA being so tightly focused on London.  Revenue had stagnated but this was due to the BA changes in 2015 which reduced the number of Avios purchased by the airline, and the increase in flight redemption rates will clearly not have helped either.

The one thing we never really discussed was IT, which appears to be the biggest Avios Group issue.  The long delayed launch of Aer Lingus AerClub – which still has IT problems – seems to have delayed the plan to move Iberia Plus and British Airways Executive Club onto the same platform, and possibly the delay in launching Avios with Royal Air Maroc as well.

I wish Drew – who I haven’t met – well in his new role, and hope that Gavin has more luck than his predecessor, who left Avios to became of CEO of airline Monarch as it was on its spiral into near bankruptcy! 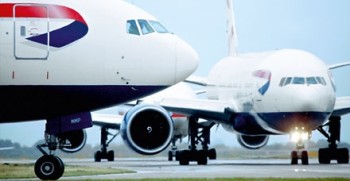 British Airways Buy On Board – just fancy that ….

There will be a full report on the British Airways press event yesterday on Head for Points tomorrow.  It finished late yesterday and it takes time to put together a considered overview.

Meanwhile, with apologies to Private Eye, the following caught my eye whilst reading third-party reports of the event in my hotel here in Hong Kong:

“We have reached this point as a consequence of an increasing number of requests from our customers, “ Cruz said. “We have customer saying to us “Do not force me to eat just what you have – there is very little choice” … Today’s product launch is in reaction to customer response around choice and quality.”

“Latest figures show only 2.5 per cent of flights now run out of fresh food and we are focusing on the few flights where we can now sell more. I think also crew and customers are starting to understand that not everyone can have their first choice, without creating huge amounts of waste. I flew with easyJet every week for seven years and don’t remember ever getting my first-choice food; I was always prepared to have a second option. It’s a mindset shift.”