British Airways says it is considering long-haul buy on board

I had been told, prior to last weeks big British Airways press event which we covered in depth, that Chairman and CEO Alex Cruz was being deliberately kept away from the media.

This or may not be true, but it isn’t hard to believe.  Clearly feeling full of confidence after Wednesday’s event, he gave an interview to The Sunday Times yesterday in which he declared he was interested in introducing buy on board in long-haul economy.

This was not a secret.  He has spoken about the possibility of adopting a different business model at Gatwick to combat Norwegian, and this would be a key part of any plan.  Saying it openly to a newspaper only four days after getting BA some decent press coverage for the first time in weeks was not a great idea, however.

It was quickly picked up by other media outlets and the Press Office was forced into action.  The Times article is behind a paywall but the Evening Standard version is here.  (The Press Office once called me on a Sunday afternoon whilst I was toy shopping to ask me change something in a HFP article!)

The same Times article also suggested that the amuse bouche and ‘flower in the loo’ could be returning to First Class.  Whilst this is good to hear, any impression that this would be funded by charging for food down the back is also not good PR.

PS.  I was also confused by this quote from the Times.  Speaking of buy on board in short-haul economy, Cruz said:

“It’s going great. Customers say to us: ‘Finally, I have good choices. No more chicken or beef’

… which makes no sense, because you would need to go back 10 years, perhaps 20 years, to find a time when short haul Economy passengers were offered a choice of two hot meat meals.  It is all very bizarre. 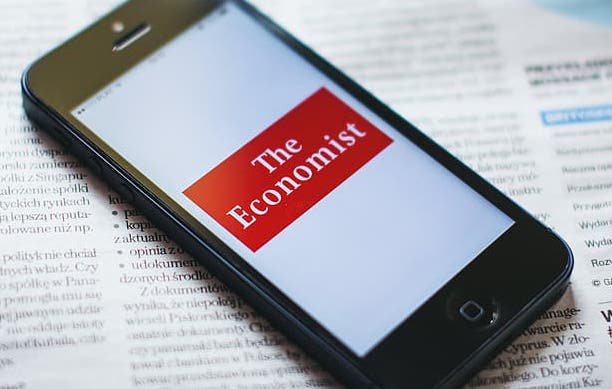 We have seen a number of Economist promotions recently, including one with Avios which only closed on 31st March.  It offered 13,200 Avios for a one-year subscription.

This new deal is more intriguing.  It is organised in conjunction with Le Club AccorHotels.  The landing page is here.

You will earn up to 12,000 Le Club AccorHotels points with a two-year Economist subscription.

1 Accor points = 1 Avios point in Iberia Plus if you choose to convert them.  (Do NOT convert into British Airways Avios as the rate is 2:1.  Convert to Iberia and move them across to BA via ‘Combine My Avios’).

However …… 12,000 Accor points are also worth a €240 discount on an Accor hotel stay.  Given that a 2-year Economist subscription (print and digital) is £315, this is a very strong rebate if you were after the magazine in the first place.

If you are self employed and can offset the cost of the magazine as a business expense, it is even more interesting.

The deal runs until 31st May.

Want to earn more hotel points?  Click here to see our complete list of promotions from Accor and the other major hotel chains or use the ‘Hotel Offers’ link in the menu bar at the top of the page.