This is my review of the ANA InterContinental Tokyo hotel.

As hotels in Tokyo are incredibly expensive during cherry blossom season it made sense to use points for my stay.  Rob had already bagged the Conrad Tokyo (his review is here) so I stayed at the ANA InterContinental Tokyo.  Whilst the property is linked to the airline ANA, who provided my flight to Tokyo, they did not pay for the hotel.  Here is my review.

Getting to the ANA InterContinental Tokyo from Haneda Airport is fairly easy.  There is the option of taking the shuttle bus (40-60 minutes 1,130 yen) bus, however my arrival time and the bus timetable weren’t lining up so I decided to take the metro.

There are two lines from Haneda Airport. I chose the Keikyu-Kuko Line, that became the Asakusa Line at Sengakuji Station, all the way to Shimbashi where I had to change for the Ginza Line to Tameike-Sanno Station. The ANA InterContinental Tokyo is right outside Exit 13.  The whole journey took about 40 minutes and the trains were almost empty.  (Before my trip to Tokyo I had nightmares at dreaming about packed trains, getting squashed in the doors and losing my luggage!)

I bought a train ticket at Haneda Airport to Sengakuji for 560 yen and another ticket at Shimbashi for 170 yen. The next day I got a Pasmo card (the Japanese Oyster Card) to simplify my journeys and also to reduce the cost. 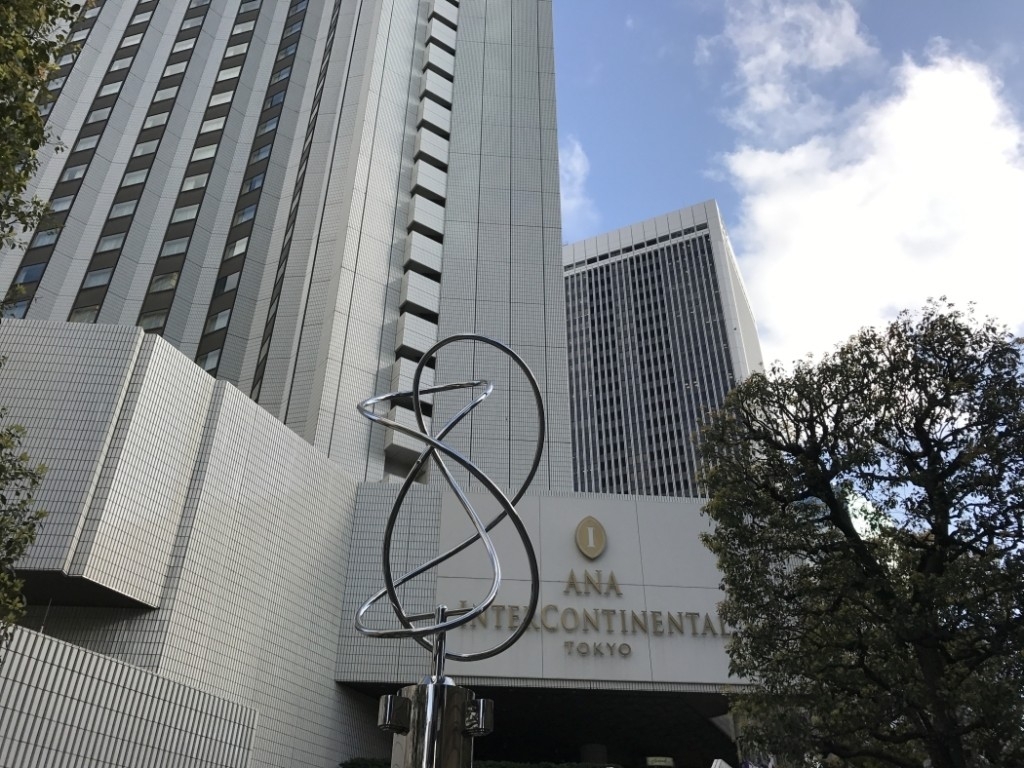 The ANA InterContinental Tokyo reception is at the far end of the ground floor. As it was very busy when I arrived I had to wait about 10 minutes until I could check in. The check in process itself took another 10 minutes. I was very tired after the flight and just wanted to get some rest so it was slightly annoying that everything took so long. 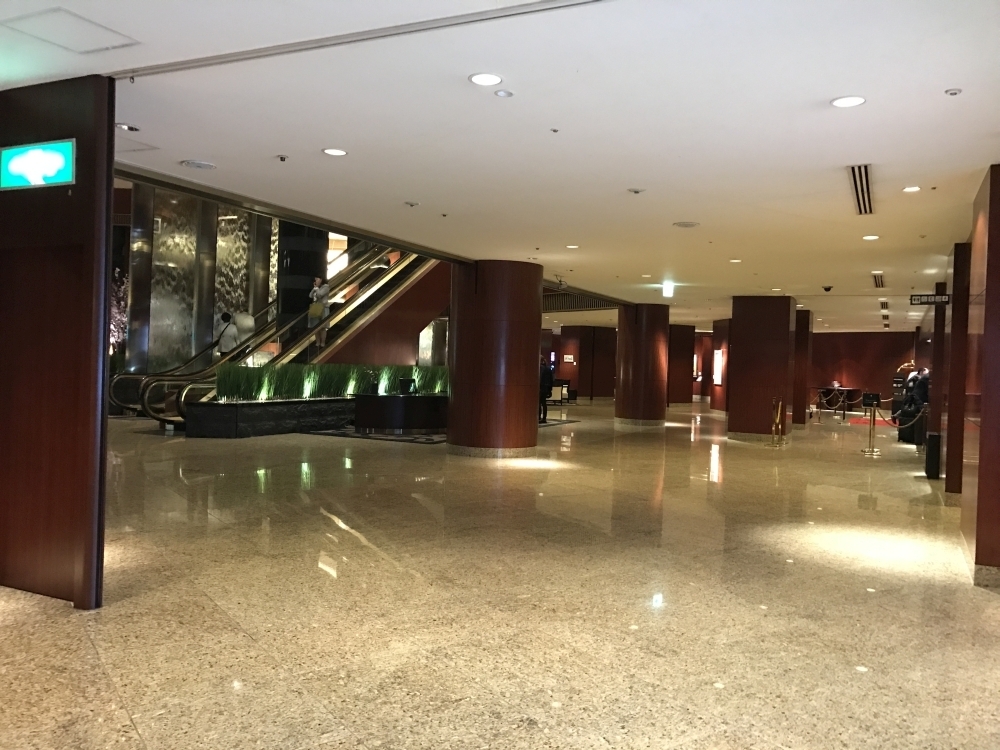 My room was on the 15th floor. It was a Standard Double Room with a good sized desk, a sitting area and a comfortable bed.

There were some fruit, two bottles of water and a Japanese newspaper 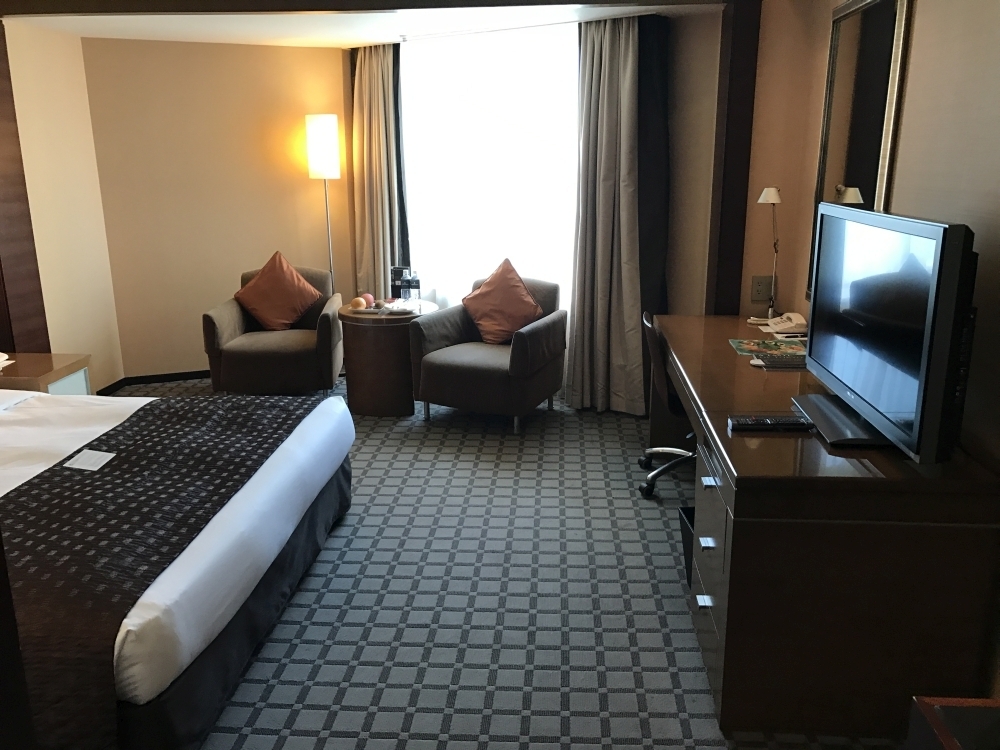 The design of the room and its furniture was rather disappointing and appeared to be badly dated. 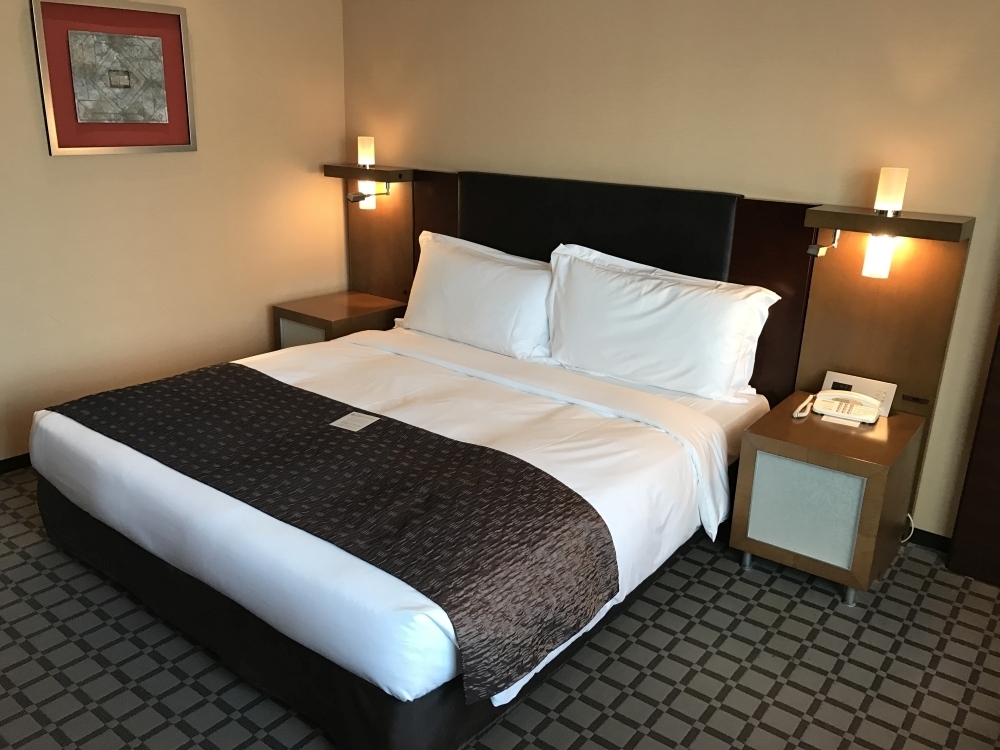 The coffee/tea machine was a bit odd and by no means could I find out how to operate it.  It appeared to be some sort of kettle and there were instant coffee sachets as well as tea bags next to it. As I’m not a fan of instant coffee I eventually gave up and got my coffee at one of the million coffee shops in Tokyo.  (If you think London is overrun with coffee shops, it has nothing on Tokyo.) 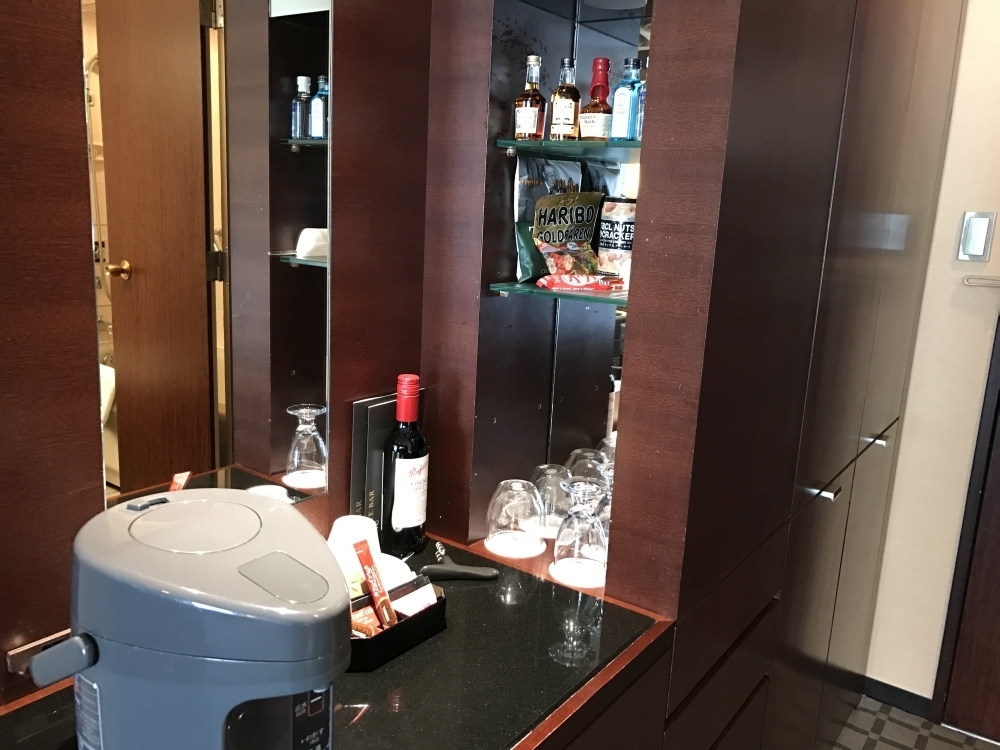 Let’s look at the positive aspects of the bathroom first. There was a lot of space for make-up, creams etc. around the sink, although with the hair dryer, tissue box and amenities randomly spread out it looked a bit messy. It also didn’t help that the sink was rather tiny and the marble looked a bit dated. 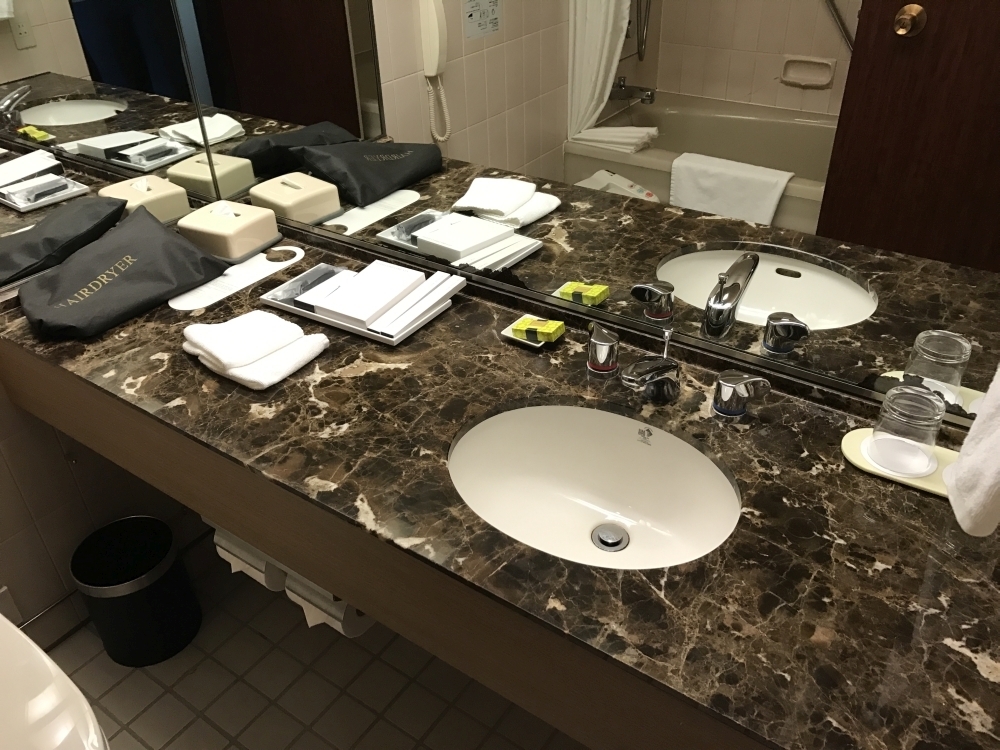 The shower was terrible.  It was not possible to bend the shower head further down and when taking a shower the water went straight into my face – and nowhere else. Where is a rainfall shower when you need one? 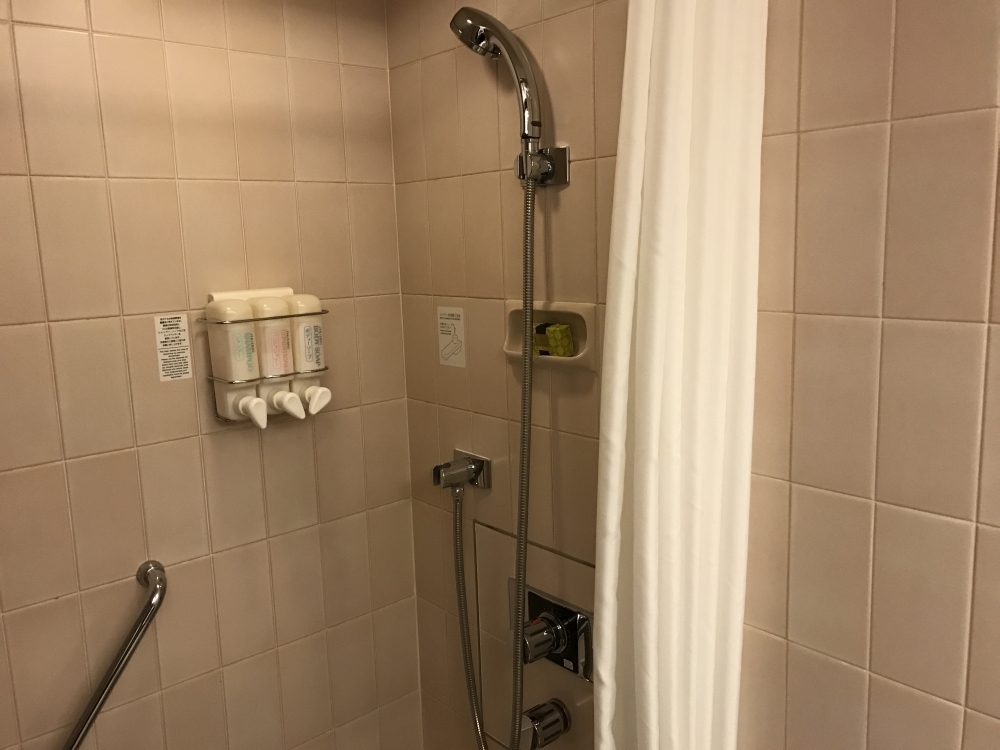 At least the toilet was a typical Japanese Toto toilet. 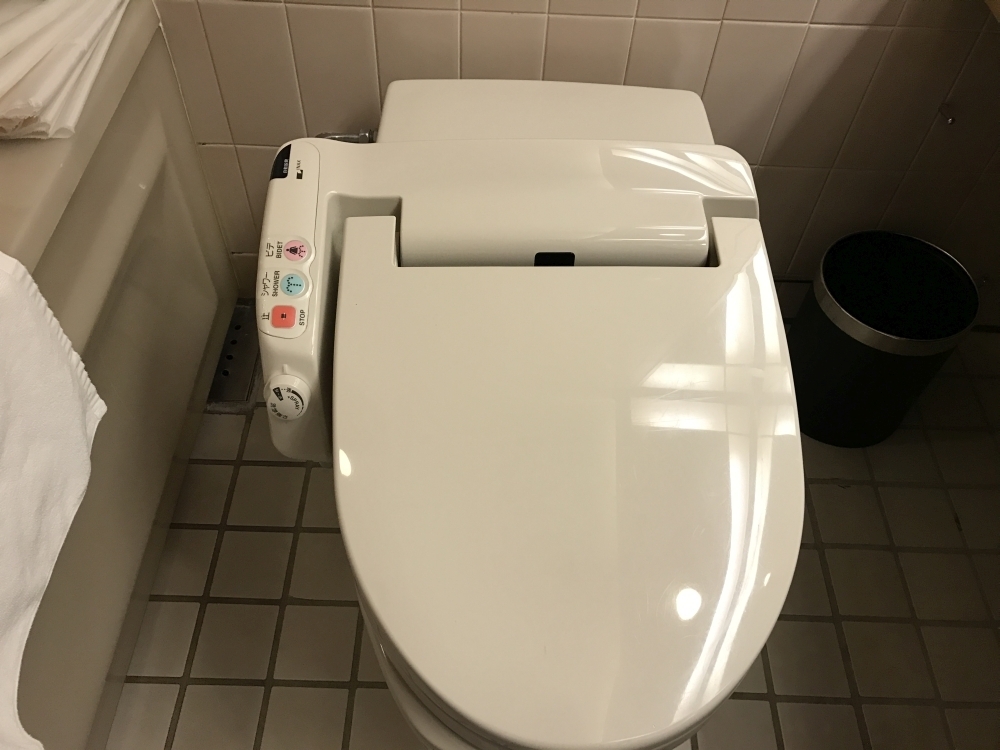 And now to the worst part of the room … MOULD!

The last time I had mould in a hotel room was when I stayed on a little island in Croatia where there was only one hotel which had 2 stars and no competition.  With 2 stars I didn’t expect much, but a 5 star hotel with mould…? 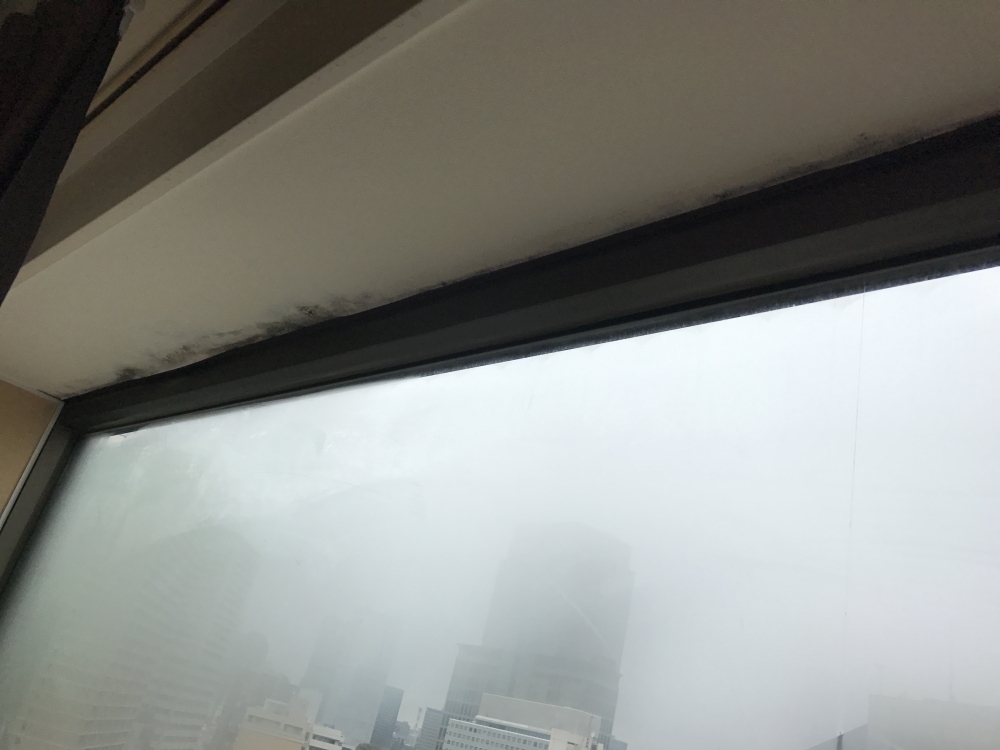 To end my review with something positive, as a Spire Elite member I received two complimentary drinks at the MIXX bar and lounge on the 36th floor.  The staff were very friendly, the drinks were pleasant and the view, especially as it got dark outside, stunning. 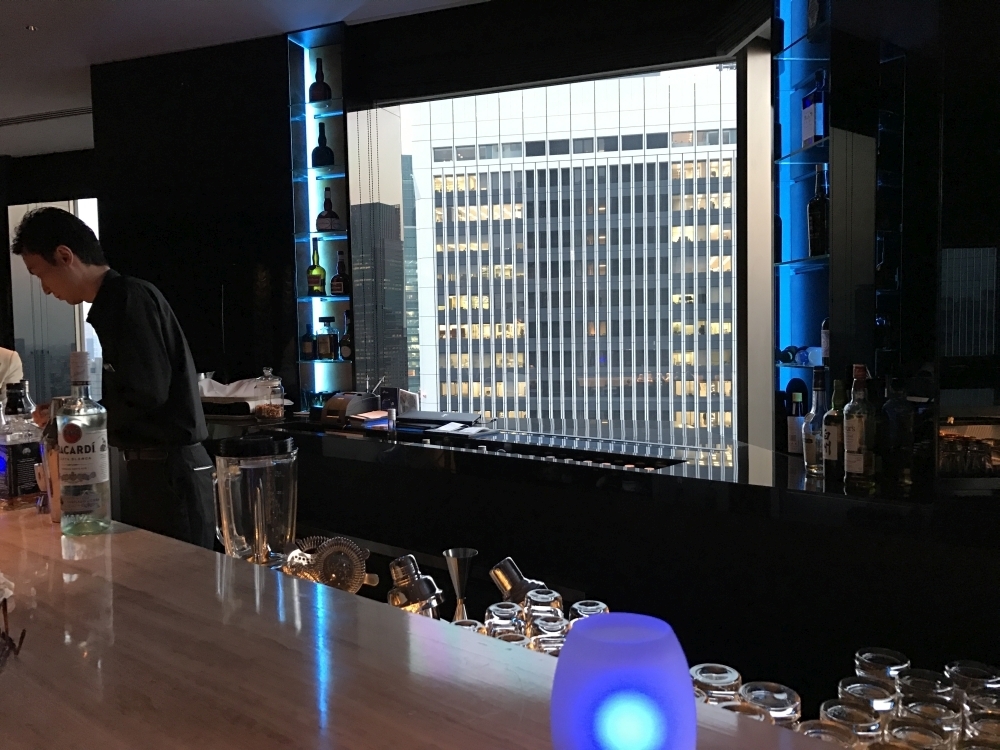 The ground floor with it’s cafe / bar was gorgeous with a piano player was playing tunes in the evening.  It is only the rooms that let this property down. 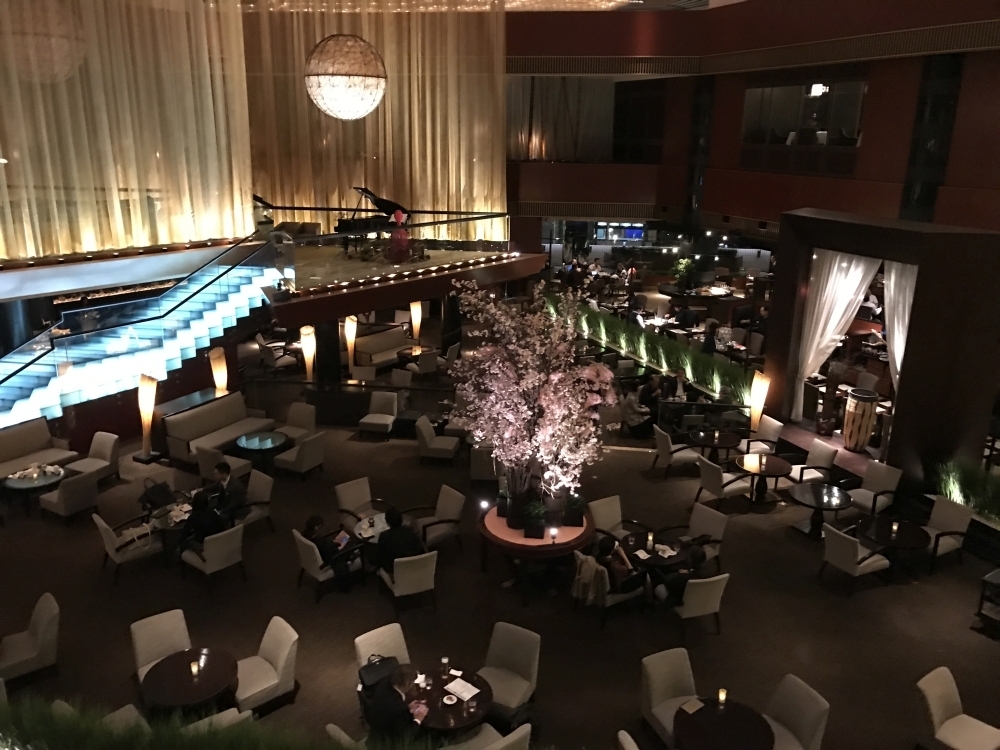 The location of the ANA InterContinental was great. As well as having the Ginza Line right outside, there was an office building with a supermarket and lots of restaurants on the other side. 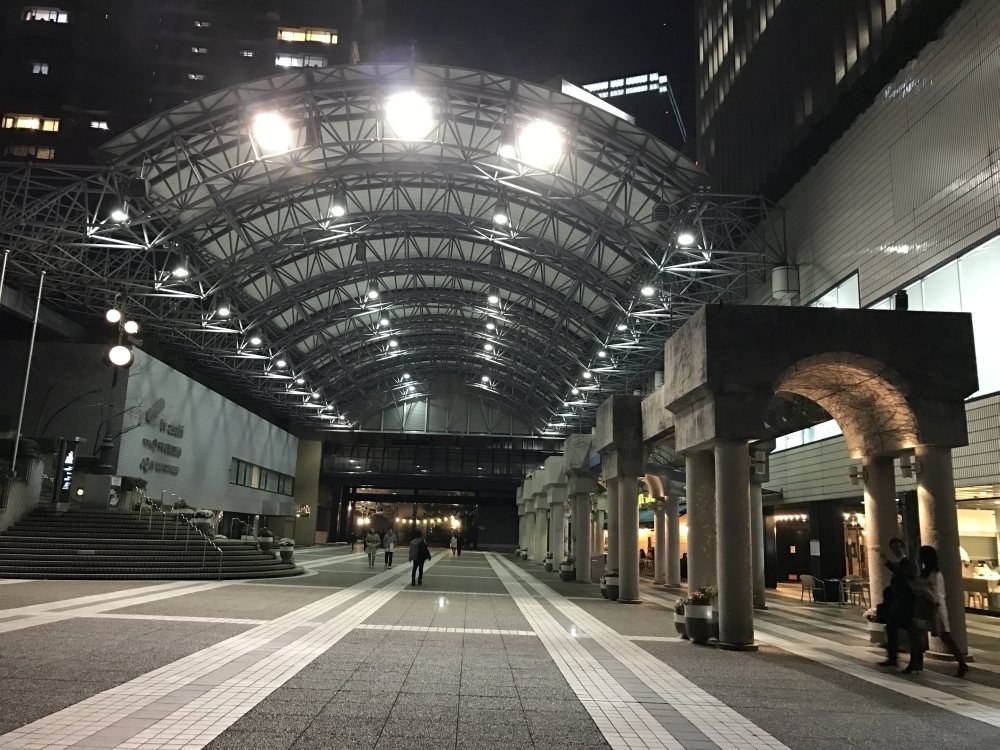 The area was also great for taking cherry blossom pictures as there were a lot of trees around the hotel. 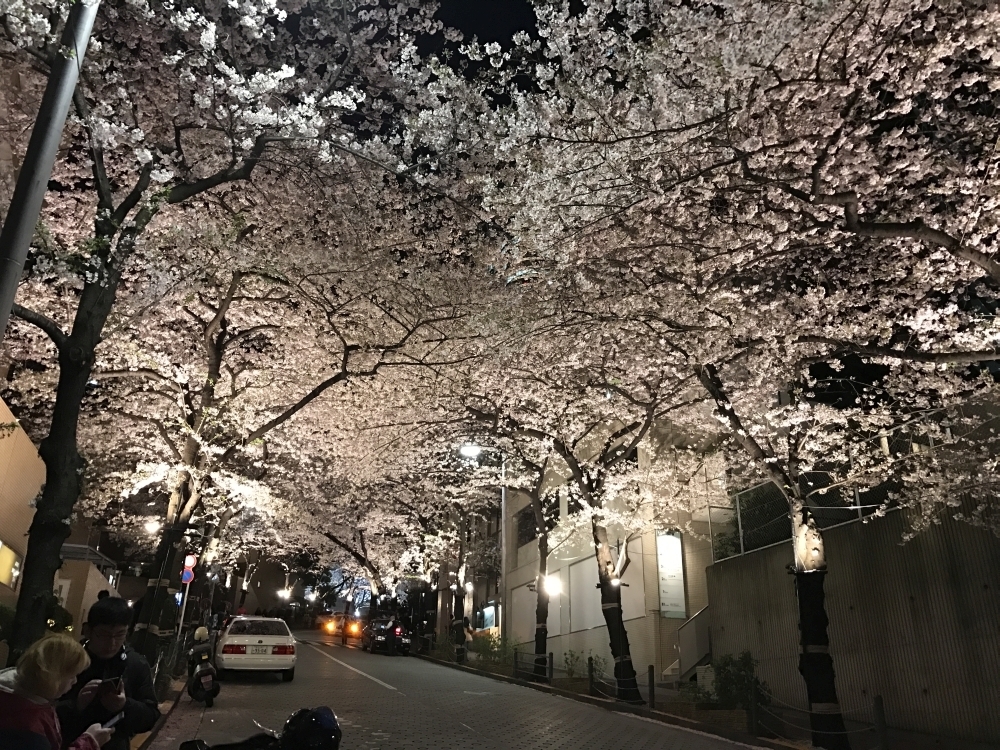 To give you a better impression of the ANA InterContinental Tokyo, here is a short mould-free YouTube video of the hotel and my room.  You can subscribe to our YouTube channel via this page – this is the same link to visit if the video does not automatically appear below.

The good news is that the ANA InterContinental Tokyo is easily accessible from Haneda Airport as well as the main tourist attractions, there are various restaurants and bars inside the hotel as well as in the surrounding area and the public areas of the hotel are very good.

On the other hand, the service was by Japanese standards very slow and on several occasions staff seemed very annoyed when I didn’t understand their English.  I understand that cherry blossom season meant that the hotel was almost fully booked and the staff were having to work harder than usual.  Mould in the bedroom is unacceptable and the shower was in need for a makeover.

There are not many options for using hotel loyalty points in Tokyo with the big chains all having far fewer properties than you would expect.  There is not a single Holiday Inn, Holiday Inn Express or Crowne Plaza, for example.  If you have the choice and you have Hilton Honors points, stay at the Conrad Tokyo. After having read Rob’s review and comparing the pictures to the ANA InterContinental, I can’t really recommend the ANA.