When British Airways opened The First Wing at Terminal 5 earlier this year (review here), they simultaneously closed the direct entrance into The Concorde Room by the South security channel.

And, if you’re using the First Wing, the honeymoon seems to be over at peak times as the photo below shows: 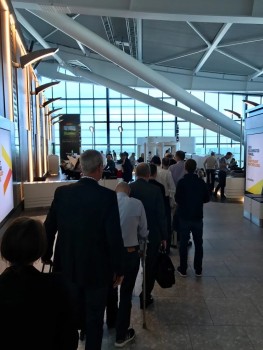 Remember that LATAM in a oneworld member.  This means that you earn British Airways tier points and Avios when you fly with them as long as you add your BA number to the booking.

Headline prices are (all flights involve changing in Santiago or Sao Paulo):

Here is our review of LATAM’s Boeing 787 business class, when we flew it from Madrid to Frankfurt earlier this year.  You are likely to be on a 777 which has similar seats.

These deals can be booked here.  You must be 9th July, book at least 31 days before you travel and stay at least 5 nights or a Saturday night.  Blackout dates apply to each route. 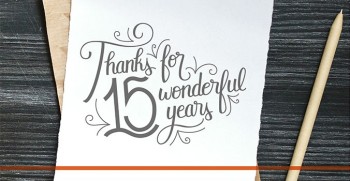 IHG giving out bonuses on your 15th anniversary!

Finally, a reader sent me an email he had received from IHG Rewards Club to thank him for being a member of the programe for 15 years.

It’s good to see this sort of data being tracked.  As a present, he was offered triple base points on a selected day during the next three months.

What was good about the offer was that it did not activate until the reader clicked a link.  This means that he can hold it back for a higher value stay rather than being stuffed if his next trip is a £39 overnighter at a Holiday Inn Express!