British Airways has announced a major change to its Winter flying schedule to key holiday destinations in Spain as well as a couple of other launches.

This is an excellent opportunity to book seats on routes where Avios availability on existing services sold out months ago.   Even on super-peak weekends over the Winter, you may well find the seats you want as these flights were only added to ba.com yesterday.

British Airways is launching a new Winter service from Heathrow to Tenerife on 21st October.  This will operate on Saturdays.

The existing six weekly flights from Gatwick will continue.

The existing Summer-only services from Heathrow are becoming ‘year round’ from late October.

There will be four Heathrow flights to Palma per week, four to Malaga and two to Palermo.

The existing Gatwick to Paphos route will now operate all year round.  There will be three flights per week from the end of October. 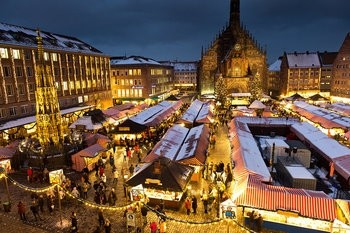 British Airways is launching a special Christmas Market service to Nuremburg in Germany.

Flights will operate four times per week from Gatwick between 30th November and 7th January.

New services have been added to the following routes from Gatwick:

Vienna – increases from four to five per week

Tirana – increases from six to seven per week

Marrakech – increases from seven to eight per week

Book now for cash or Avios

These services are all bookable now on ba.com.

The standard six Avios seats (two in Club Europe, four in Euro Traveller) will be available on each additional flight, and often far more.  It is a good opportunity to grab seats to, say, Marrakech where standard availability is often taken many months in advance.