Virgin Atlantic has launched a sale with decent deals in all classes.

Until 20th September you can find reduced fares on flights to the US, Caribbean, Mexico, Cuba, Asia, Middle East and Africa. 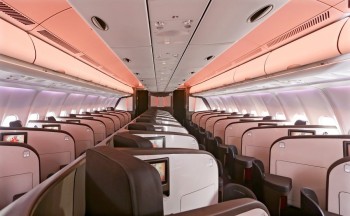 Looking at the Upper Class deals, there are some interesting prices available.

There are also several US routes included in the sale if you can travel over Thanksgiving, Christmas and New Year or next Easter.

Upper Class prices out of London are:

Other Upper Class deals include:

There are also some decent Premium Economy deals out there, which will be especially interesting for anyone chasing Virgin Flying Club tier points.  Destinations from London include:

Economy deals are also available, starting at £399 for New York and Boston from London. Some destinations are a lot cheaper from Manchester and may justify a train trip. San Francisco for example costs £529 from London and £429 from Manchester.

Travel dates and full details of what is available can be found on the Virgin Atlantic sale website here.

You need to book by 20th September at the latest but there is limited availability and it is worth jumping in now if you want to secure key Christmas or Easter dates.