EDIT: this deal is now dead as the bonus had been cut to 9,000 Avios

Last week I wrote about a great deal for subscribing to the digital version of the Irish Independent newspaper – click here.  You don’t need to live in Ireland to take part.

It wasn’t clear how long the voucher to redeem the Avios points would take to arrive.  The company running the offer was saying 21-28 days.  However, the first batch – for people who signed up on the 22nd – arrived yesterday, so it only took 8 days.

The Irish Independent deal is still running if you want to jump in now that it is clear it is working as expected, not that I ever doubted it would. 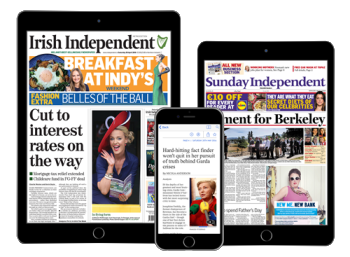 Which? on the best London airports

Which? magazine has released its latest airport passenger survey.  For those people who giggled when I wrote about how pleasant I found Southend Airport last year, it has been named the ‘Best Airport in the UK’ .

The results for the London airports are actually in line with my own views, except for London City which I find overrated.  The score below is based on feedback from Which? readers across a number of categories such as staff friendliness and helpfulness, baggage reclaim, seating, toilets, and queues at security and passport control.

London Luton was named ‘Britain’s Worst Airport’ out of 31 UK terminals surveyed, with passengers marking it down for queues, overcrowding and lack of seating.

Outside London, the top rated airport was Doncaster Sheffield.