Today, Tuesday, is the final day for the current Virgin Atlantic and British Airways sales.

I won’t go through the deals again in detail.

My discussion of the best BA deals is here and the BA sale website is here.  As usual, booking a ‘flight and hotel’ or ‘flight and car’ Club World package can be cheaper than just booking a flight.

airberlin announced yesterday that Lufthansa and easyJet have been chosen to enter into final negotiations to acquire the various parts of the airline.

The two airlines have until 12th October to reach a final agreement.  It isn’t entirely clear who wants what, but the company stated that 80% of jobs should be saved.

The easyJet bid appears to be for planes and crew – and potentially landing slots – rather than specific routes.  Lufthansa appears to be taking Niki, the Austrian subsidiary, as well as other unspecified short-haul assets.

All long-haul flights will end of 15th October with the aircraft returning to the leasing companies.  If Lufthansa wants to continue long-haul operations from Berlin or Dusseldorf it will either need to use its own aircraft or to enter into new leasing deals.  I still find it bizarre that the ‘national’ airline of Germany does not offer long-haul flights from the national capital.

IAG, parent of British Airways, has failed to make the final round of bidding.  It is now 100% certain that airberlin will cease to exist as a member of the oneworld alliance even if the brand does live on in some form. 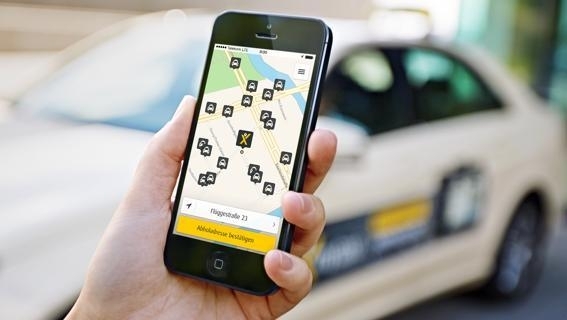 50% off London taxi rides with mytaxi

mytaxi – previously known as Hailo – is putting the boot into the demise of Uber in London by offering 50% off all London taxi rides taken before the end of September.

There is no small print, except that you must pay with a credit card stored in the app instead of paying the driver directly.

Full details of the mytaxi 50% offer are here.

PS. Before anyone asks, no, I have no idea when mytaxi will start awarding Avios again to new customers.  All old Hailo customers who migrated to mytaxi ARE still receiving Avios points when they ride.  mytaxi has also said that it will start offering Avios to new customers ‘soon’.  It isn’t clear how long ‘soon’ is, however …..