American Express Membership Rewards has three hotel partners in the UK, assuming you want to redeem for points instead of a voucher for a free room:

Hilton Honors, with a conversion rate of 1:2

Starwood Preferred Guest, with a conversion rate of 2:1

Radisson Rewards, with a conversion rate of 1:3 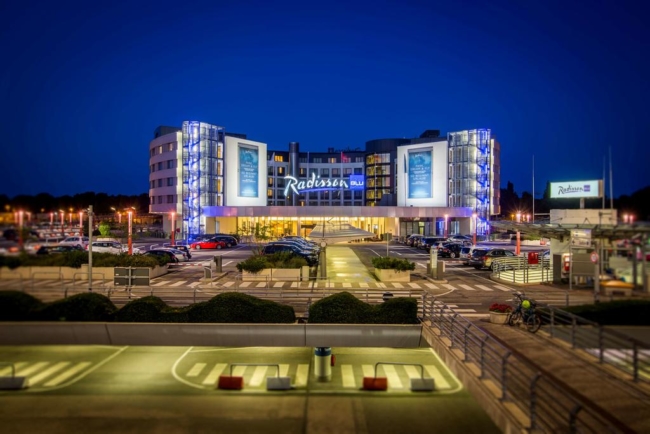 Because Starwood Preferred Guest points can be transferred into Marriott Rewards at the ratio of 3:1, you can add to that list:

Marriott Rewards, with a de facto conversion rate of 1:1.5

You can also redeem for various Melia properties via a voucher as I explained here.

Radisson Rewards, the loyalty scheme for Radisson, Park Inn and Park Plaza, is often forgotten about.  This is probably because the scheme is still relatively new – just six years old – and because their core brands are relatively low profile.

You ignore Radisson Rewards at your peril though.  The chain is bigger and broader than most people imagine, especially in London.

The Park Plaza hotel on Westminster Bridge (reviewed here) has become my default London property for visiting friends and family.  It is relatively new, it has a pool, it is in a fantastic location for the Westminster and South Bank tourist attractions and it is a relatively quick taxi ride to us.

The 1:3 ratio of American Express Membership Rewards points to Radisson Rewards points is very attractive.  Let’s look at how many Amex points you would need for a good quality hotel in London:

Hilton Honors requires up to 70,000 points for Hilton London Tower Bridge which is up to 35,000 Amex points

I would consider all three of these hotels to be relatively equal in terms of positioning, being the ‘just below the best’ property in London for that particular chain.

Radisson Rewards does not have the largest footprint of the hotel chains – although they are particularly strong in Scandinavia and have some good European properties – so there is no reason to do a speculative transfer of Amex points. If they have a good property in a place you need to go, though, it is worth a look. At the bottom end of the market, some Park Inn hotels are only 15,000 Radisson points, ie just 5,000 Amex points.

The other thing you can see from the analysis above is that Radisson Rewards actually offers better value than pretty much any other Membership Rewards redemption.