Club Carlson rebranded as Radisson Rewards yesterday.  This is part of a swathe of changes to the Radisson hotel group which we covered in this article.

It looks very familiar to the old Club Carlson site, but there have been subtle changes: 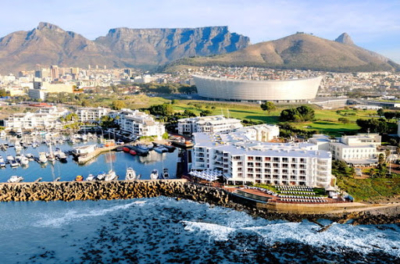 It is now easier to earn status (although many Head for Points readers get Radisson Rewards Gold status for free as a benefit of the American Express Platinum charge card):

If you an Amex Platinum cardholder, this represents a devaluation of your Gold status.  Historically there were very few Concierge (now Platinum) cardmembers so a Gold was well treated – you would often be the highest status person in the hotel on a particular night.  There will now be a big jump in both Gold and Platinum members which is likely to lead to fewer upgrades.

Importantly – and impressively – Radisson Rewards is backdating these new thresholds.  If you did 30 nights in 2017, you will have been upgraded to Gold yesterday from your previous Silver tier.

You can see full details of the tier requirements, and the benefits for each status tier, on this page of the Radisson Rewards website.

Here are the other changes:

A couple of top Radisson Blu hotels have been moved into Radisson Collection (Strand, Stockholm and Royal, Copenhagen)

Overall there is nothing to be too concerned about here.  Let’s hope that Radisson Rewards decides to launch a big promotion to push the new brand.