American Airlines has been rolling out a new lounge product over the last nine months: Flagship Lounges.  We haven’t covered them on HfP yet as the London one won’t open until later this year, but as some readers have recently sent us pictures from their visits we thought it was time to take a look. 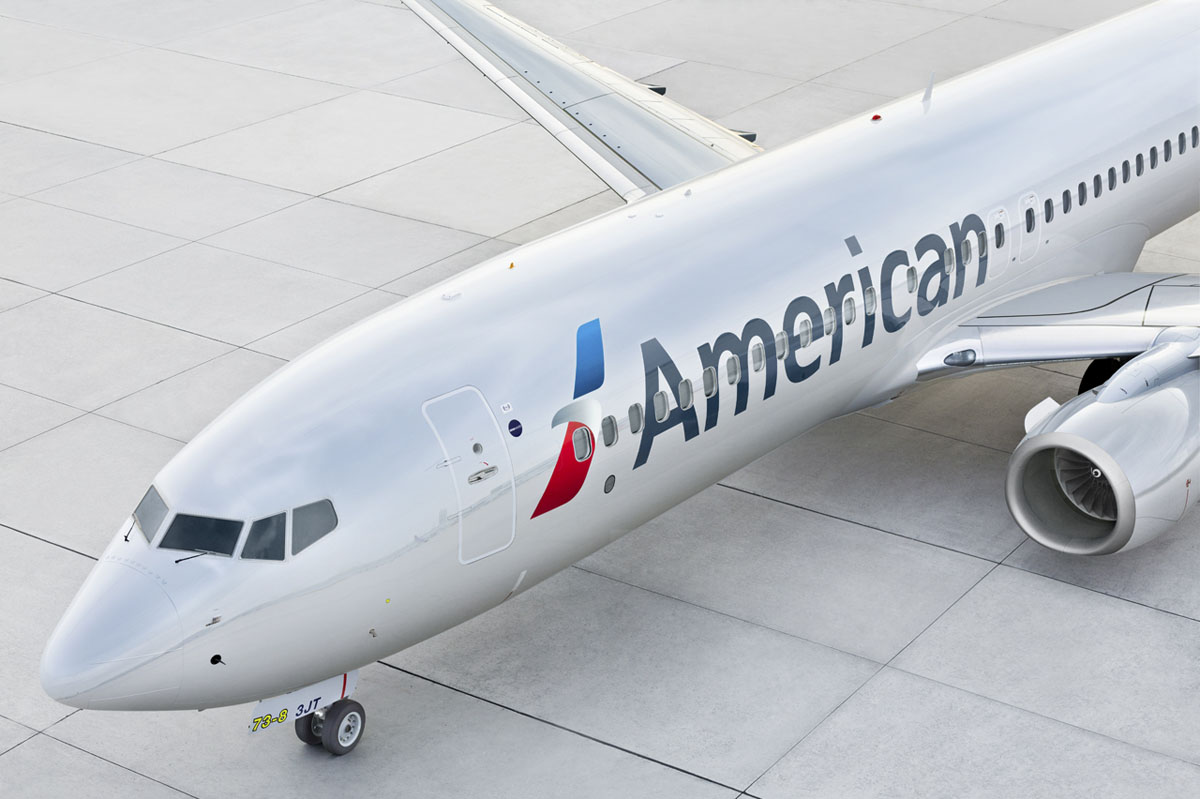 The Flagship Lounges are American Airlines’ new premium lounge with cocktail bars, wine tables and a large amount of seating.  At major US hubs like New York JFK and Los Angeles you now have an alternative to the ageing Admirals Club lounges.  London Heathrow is due to get a Flagship Lounge later this year.

Inside the lounge you can also find Flagship First Dining which is a full serviced restaurant for First Class passengers only.  Even oneworld Emerald (ie a BA Gold card) won’t get you access to this bit.

The entry policy is more liberal than it was at the old First Class lounges which Flagship Lounges are replacing:

If your status gets you access, you can also bring one guest. Business and First Class passengers without status cannot bring a guest.

Where can you find an AA Flagship Lounge?

So far you can find the new Flagship Lounges at:

As well as plans for a London Heathrow lounge, Dallas / Fort Worth and Philadelphia will also open Flagship Lounges later this year.

Here are some recent pictures of the AA Flagship Lounge in Miami (thanks to Jason): 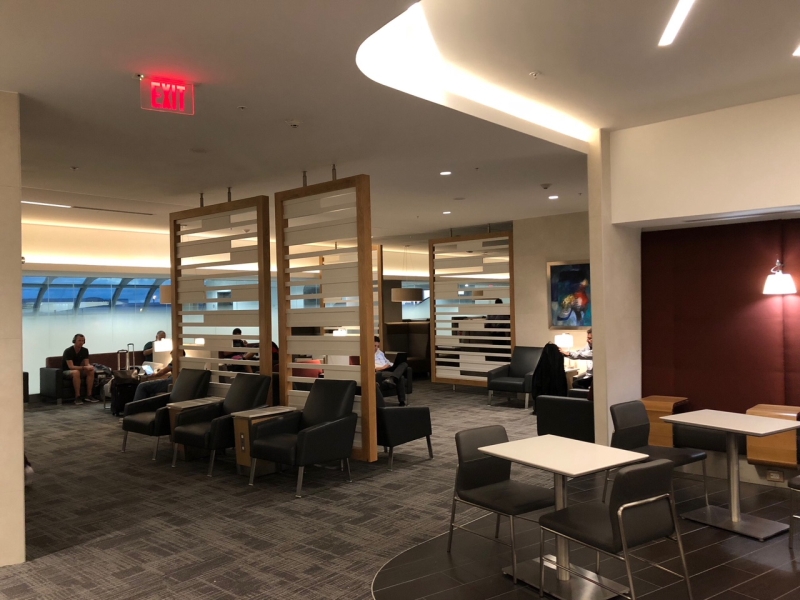 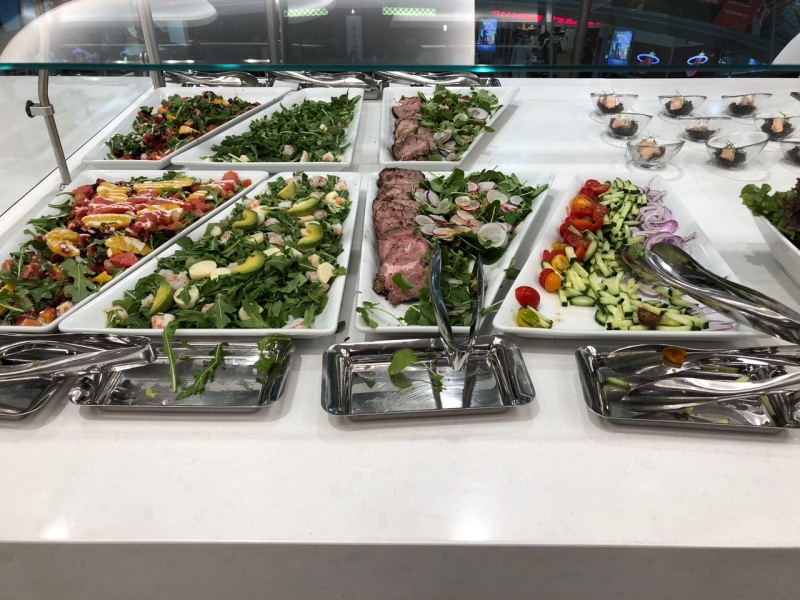 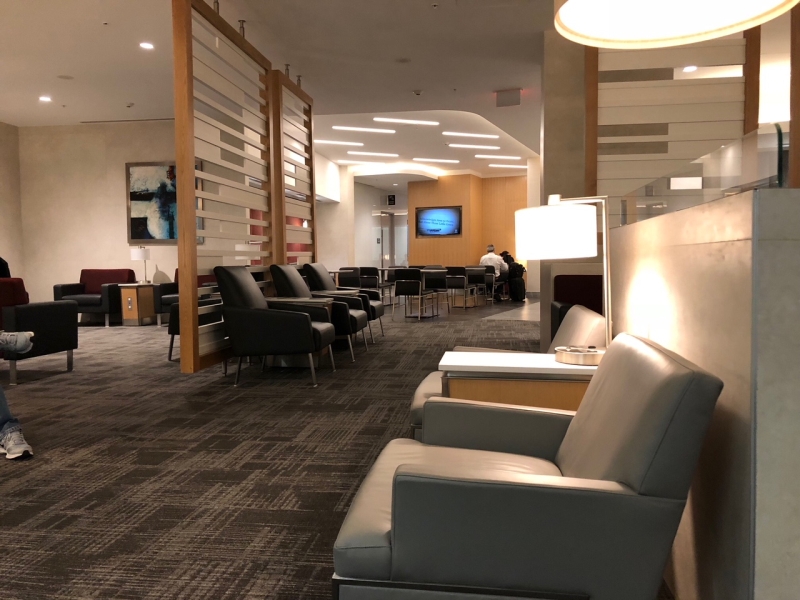 …. and some pictures of the AA Flagship Lounge in Los Angeles (thanks to Susan): 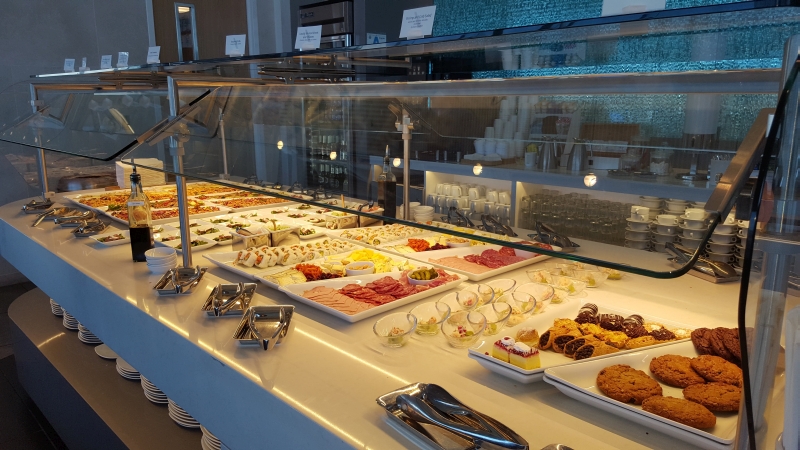 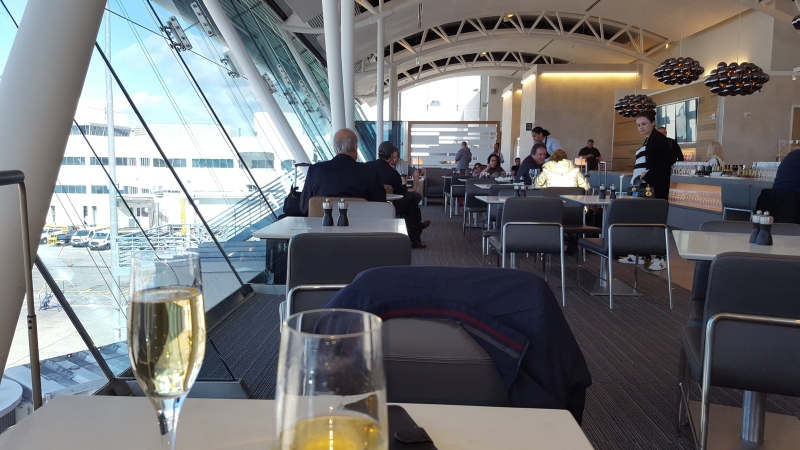 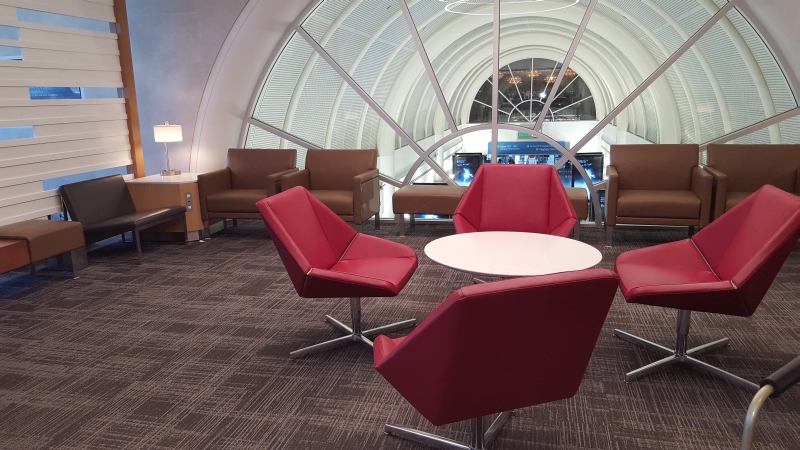 The first impression is very positive. Both lounges appear to be very spacious with a large amount of seating and food which is a marked improvement on the Admirals Club.

You can find full details about Flagship Lounges on the American Airlines website here.

Once the London Heathrow lounge opens in Terminal 3 it will, arguably, make T3 the home of the best oneworld lounge complex in the world.  You will have the brand new Qantas lounge, the excellent Cathay Pacific lounge with its dedicated First Class dining room (accessible for BA Gold card holders) and the new AA Flagship Lounge.  Oh, and the substantially poorer British Airways Galleries …..

As a reminder, here are the four options to get FREE airport lounge access via a credit or charge card:

There is no annual fee for Amex Gold in Year 1 and you get a 30,000 points sign-up bonus.  Full details are in our American Express Preferred Rewards Gold review here.