This is my review of the South African Airways Premium Lounge at Johannesburg O.R. Tambo International Airport.

The South African Airways check-in desks were at Terminal B which is the domestic terminal.  My ticket told me to go to Terminal B, although my flight was actually out of the international Terminal A.  This meant it was quite a walk from check-in to security.

When I arrived at security I found myself in a very long queue as there was no fast track for business class passengers.  It looked as if even first class passengers had to try their luck in order to use the fast track lane which was solely for crew, diplomats and disabled passengers.  A Russian couple in front of me with first class Emirates tickets were told by airport staff that they were ‘only VIPs on the plane and not on the ground’ – ouch.

After about 30 minutes I reached the bag check after which I had to queue for another 20 minutes until I could go through passport control.

So, if you do want to spend time in the lounge, I suggest getting to the airport 2 1/2 – 3 hours before your flight!

The SAA lounge was a further 5 minute walk away.  It was on the first floor surrounded by a number of other lounges including the British Airways lounge. 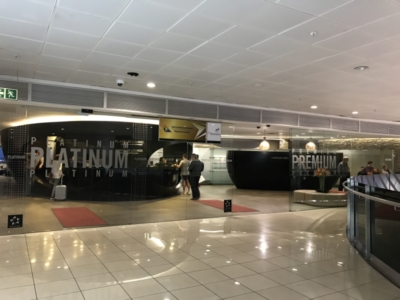 I went up to the Premium Lounge reception, showed my boarding pass and was told that there were no announcements in the lounge except for when flights were being cancelled. 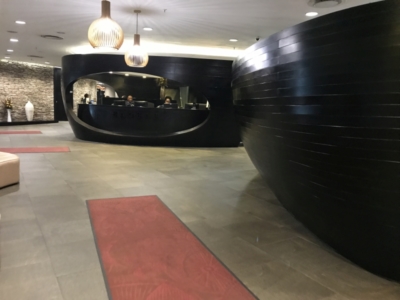 The design of the lounge was very interesting. There was a longish hallway along a rounded stone wall from reception … 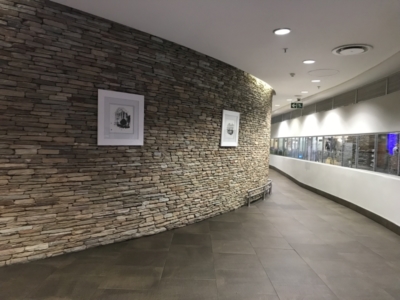 … to the first seating area.

I’ll try to explain the layout as best as I can. The picture below shows the first ‘room’ to the left which I will explain in the following few pictures. To the right is the continued hallway which goes along various separate rooms and ends by the toilets and shower facilities. 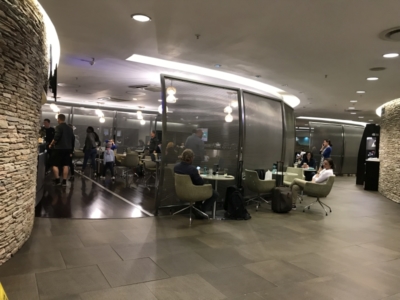 The staffed bar had a selection of red and white wines as well as mixers and various soft drinks and water. Unfortunately they ran out of sparkling wine after my first glass. 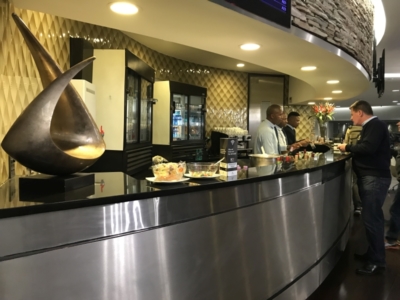 If you followed the bar around to the left you found a cold buffet with salads, dips, cheese and the largest bowl of olives I’ve ever seen in an airport lounge. 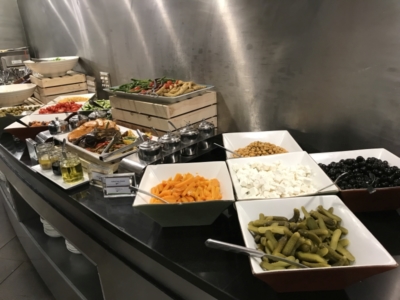 It was quite busy in the lounge when I got there so I ended up sitting on a bar stool by a (what looked like a sponsored by Samsung) tablet and phone area near the large windows overlooking the tarmac. I used my own laptop and the wifi quality was perfectly fine. 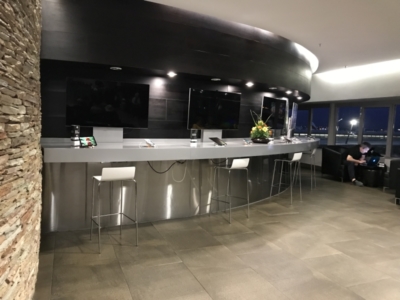 Along the window front and in the middle of the room was more seating. 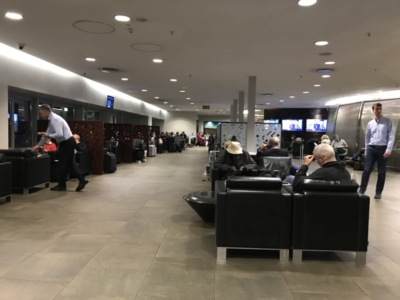 The hot buffet was opposite the bar on the other side of the room. 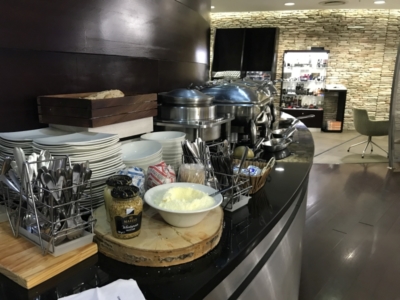 The lounge also had a smokers lounge and the smell didn’t seem to escape into the room. (If you’ve ever been to a German airport, you might have noticed these small glass smoking booths where the doors don’t shut properly which means you can’t really sit on the chairs nearby.) 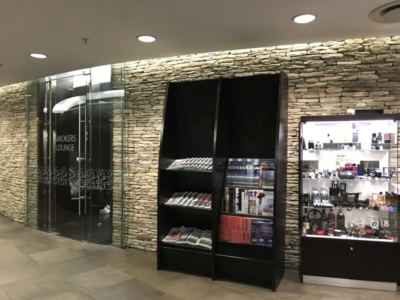 Opposite the smokers lounge was an area with bar stools and computers and behind that wall was a decent work area. 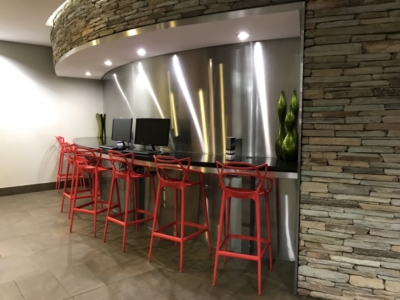 Further down the hallway along the wall was the TV room called ‘audio visual lounge’ which was very busy and so difficult to photograph. 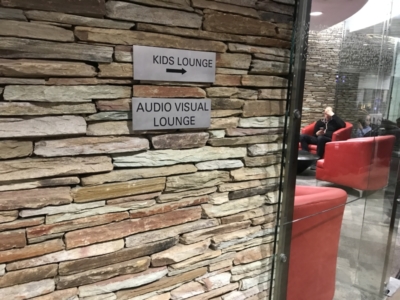 Next to the audio visual lounge was a separate kids lounge.  It was a great size but it looked like there were no toys provided. 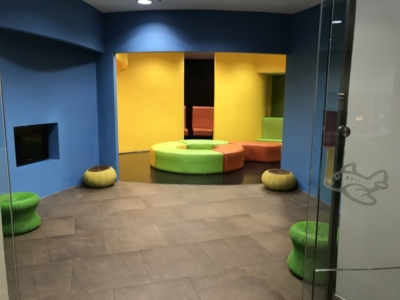 Opposite the kids lounge was a further food station with fruits, cakes and a coffee machine.  There was also more seating. 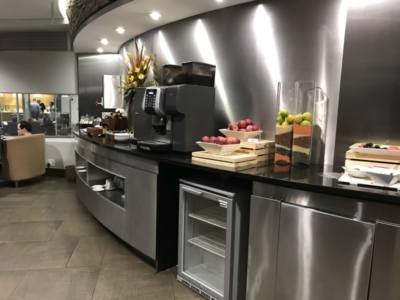 Even further down the hallway were the toilets and showers.  I stayed in the lounge for about an hour and started walking to the gate 40 minutes before departure as advised by my boarding pass.

I liked the layout of the South African Baobab Premium Lounge.  There were lots of different seating areas and even though the lounge was busy there was space for everyone.  That the bar ran out of sparkling wine was a bit unfortunate …..

The food was very good and the kids lounge looked like a nice big area for children to wear themselves out before a long flight.

Given that security is exceedingly slow with no fast track options, I would suggest that you get to the airport early and then have a drink and a bite in the lounge before the flight.