This is my review of the Northern Lights lounge at Aberdeen Airport.

On Thursday I reviewed the new British Airways lounge at Aberdeen Airport.  Next door, however, is the Northern Lights lounge which is run by the airport.  Which is best?

You can find out more on this page of the Aberdeen Airport website.

Inside the Northern Lights lounge at Aberdeen Airport

I went into Northern Lights first.  It hits a positive note from the outset with this attractive reception area which lets you see the scale of the lounge behind: 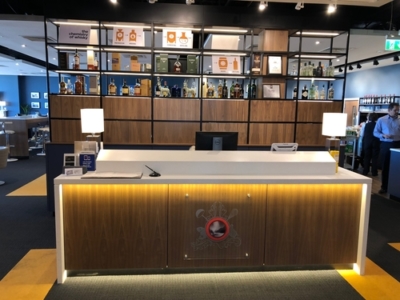 Let me explain how the layout works.  Immediately behind reception is a premium spirits bar: 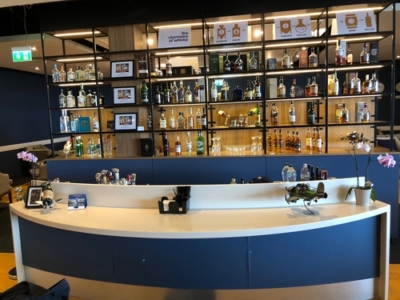 This looked impressive.  It wasn’t manned at lunchtime but the reception staff were getting people shots if they wanted them. Basically, the top shelf is £6 per 25ml shot, the middle shelf is £4 and the lower shelf (not sure about the counter-level shelf) is £2.  The top shelf items were Chivas Regal 18 years and equivalent.

(There is also a range of free alcoholic drinks available if you don’t want anything from the whisky wall, although I’m not sure if there are any spirits available for free or for self pour.  The BA lounge does have spirits on self pour.)

There are lots of little touches in the lounge which really make a difference and which tend to reinforce the ‘corporate’ feel of the British Airways lounge next door.  Take a look at this wine bottle holder for instance (there is a bottle in there if you look closely enough): 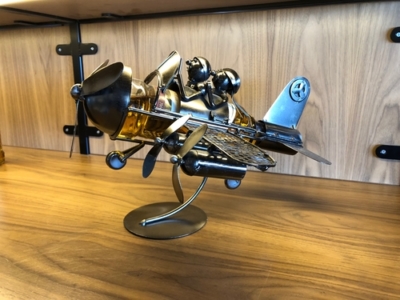 I don’t know where you can buy these, but I want one!  There were 3-4 scattered around the bar area.

In the same area as the bar is the food.  When the lounge opened last year, it was reported that it is catered for by “The Kilted Chef”, who runs an upmarket restaurant fine-dining restaurant called Eat On The Green in Aberdeenshire.

It was substantial for a lunch spread, especially when you remember that the British Airways lounge next door only had sandwiches, a soup and some cheese.  It had mini-burgers (I had two!) and a curry with rice: 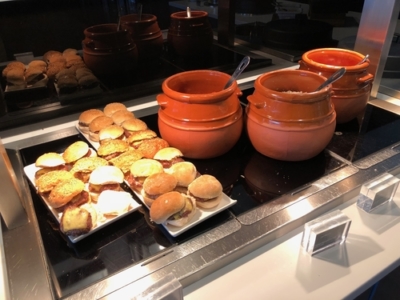 It had a salad bar: 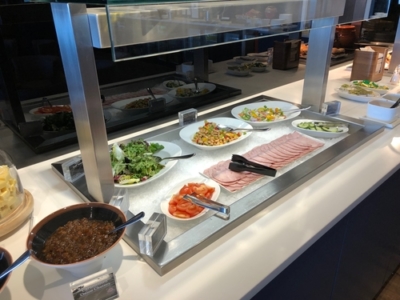 It had cheese and biscuits: 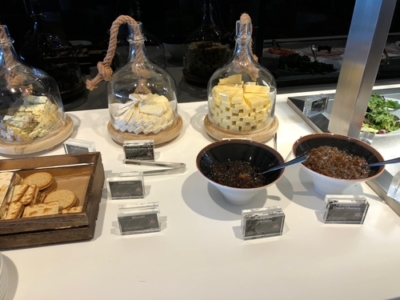 This is the savoury / cake / drinks side.  There is a big full-size lemon sponge cake towards the back which was really good, and is the sort of thing (as these are obviously bought in) that BA could do too very easily if it wanted: 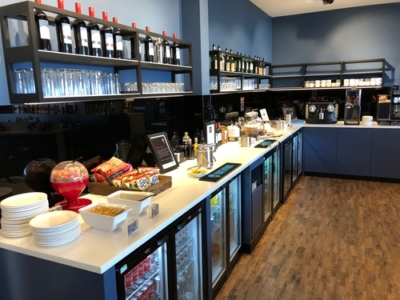 In terms of seating, the area in the foreground here is next to the food: 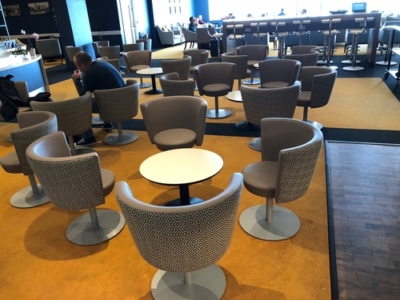 Here is the lounge from the windows, looking towards the food area.  You can see that there is more traditional seating on this side 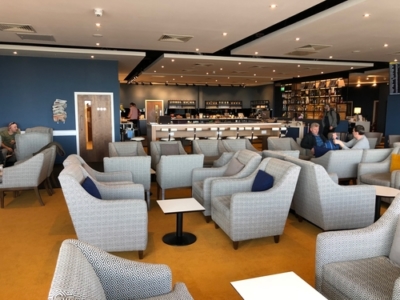 The mock fireplace (I’m guessing it is mock) was actually quite effective as a design feature, as were the blue walls which added warmth to the space. 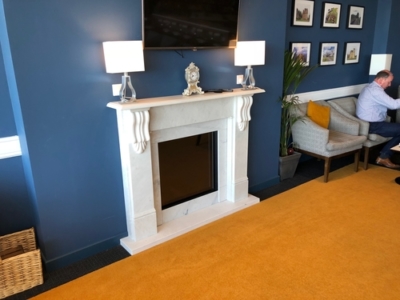 There was a long thin high table with bar stools which separated the two halves of the lounge, but I don’t have a picture of that.  Socket-wise it isn’t great as you can see from the photos, although the bar stool table does have sockets by every seat.  The BA lounge is better in that regard. 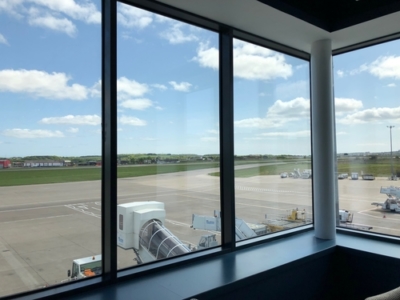 In terms of media, there was a newspaper rack but no magazines (BA wins there).  The wi-fi was the standard airport wi-fi, with no dedicated lounge channel.  Neither of the lounges has any computers for guest use.

I liked the Northern Lights lounge.  Part of that was down to measurable factors (better food and drink, more daylight) but part of it was also down to the fact that the designers had created a more pleasant ambience.

It reminded me a bit of the premium 1903 Lounge at Manchester Airport (reviewed here) where a lot of small clever ideas come together to create something impressive.

As I wrote on Thursday, the new British Airways lounge at Aberdeen is entirely fit for purpose and does its job.  Northern Lights, however, simply has more going for it in virtually every respect.  Taken together, Aberdeen Airport now has two good quality airport lounges which will enhance your trip.

If you want to book in advance and will be paying cash, you can book on the Aberdeen Airport website here.