This is part two of my review of Upper Class on Virgin Atlantic’s A330-200 fleet.  Part 1 is here.  These aircraft were inherited from airberlin to replace Virgin’s faulty Boeing 787-9 fleet and are about to receive a refurbishment.

In this part, I want to consider what Virgin Atlantic can learn from the airberlin fleet as it decides on a seat for its brand new A350 fleet.  This is a ‘once in 10 years’ opportunity to make a radical change. 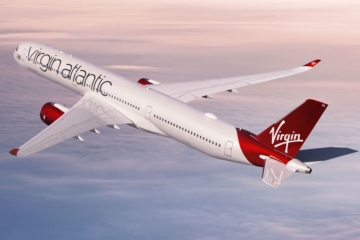 The conundrum for Virgin Atlantic – what to do with the A350?

I think that Virgin Atlantic is at a crossroads in terms of seat design.  The airline genuinely thinks that the airberlin seating layout is a step down from Upper Class, albeit a step up from British Airways Club World.  I don’t necessarily agree.

From my discussions with the cabin crew, other passengers don’t agree either.  Whilst the airberlin interiors are, to put it politely, a bit knackered, feedback is apparently very good.  People like facing forward and they like the easy aisle access.  Apparently the lack of an Upper Class bar hasn’t caused any concern either, with only a handful of passengers mentioning it.

What is on the way from November – see below – looks good.  We’re not talking Qatar Airways Qsuite or Etihad Business Class Studio but it will be more than decent. 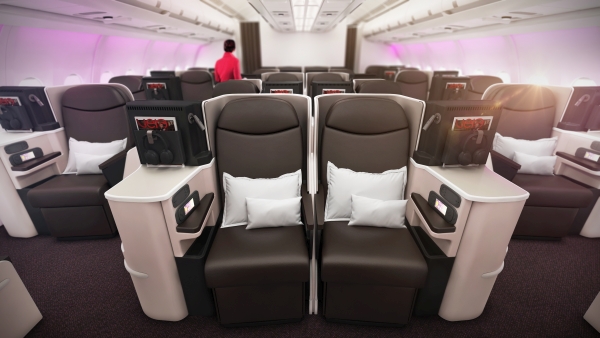 I think this puts Virgin Atlantic in a dilemma.  They need to make a call soon on the business class product for the new A350 fleet.  My personal view – and I will talk about the A330-300 Upper Class seat later this week – is that the current herringbone Upper Class layout as shown below has had its day.

The way forward should be some sort of ‘feet in a cubby hole, everyone facing forward’ seat.  It doesn’t need to be Qsuite but something along the lines of the Etihad product would be great.

There are better layouts which have a very similar seat density to the current Upper Class seat.  Let’s run some numbers:

On the A330-300, pictured above, Virgin Atlantic has 31 Upper Class seats between the centre doors and the bulkhead.

On an identical aircraft, Aer Lingus has 30 Business Class seats.  These are in a 1-2-1 or 1-2-2 configuration depending on row.  It is a great seat as you can see here, which I would happily take over Upper Class.  The 10 solo seats are especially impressive. 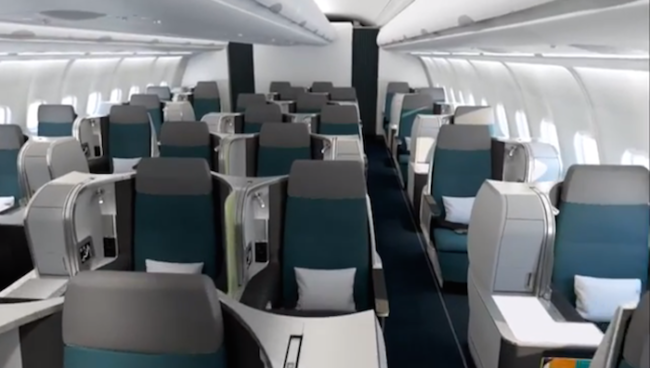 With virtually no loss of density, Virgin Atlantic could move to a layout like this which is, to me, far more appealing. 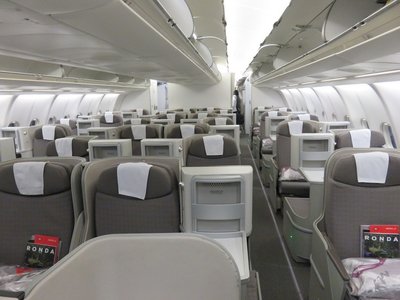 Again, I think you would struggle to find many people who prefer the Virgin Atlantic A330-300 Upper Class layout to what Iberia is offering.  It is also worth remembering that Iberia and Aer Lingus have not, historically, had the greatest of reputations for their business class seats, but arguably both now tower above both British Airways and Virgin Atlantic.

It may also be time to say goodbye to the onboard bar.  Compared to what Emirates and Qatar Airways (on the A380 fleet) offer, the Virgin Atlantic bars do not compete and few people use them.  ‘Go big or go home’ is probably the answer here.  Freeing up the space to allow for an even better seat could be worth it.

For now, if you find yourself on one of the ex-airberlin planes in Upper Class (marked A330-200 in the timetable) then you shouldn’t be concerned.  You get the typically good Virgin Atlantic food and service and, especially if travelling alone and in one of the solo seats directly next to the windows, you will have a good flight.

From November, when the fully refurbished planes come into operation, it should be even better.  We will hopefully get a chance to try one out.

It remains to be seen what sort of seat Virgin Atlantic will choose for its new A350 fleet.  I hope that feedback from the airberlin aircraft will persuade them that an Iberia or Aer Lingus layout is the way to go.

You can find out more about the A330-200 fleet on the Virgin website here.