This was meant to be my review of Vueling’s Excellence business class service.

In October 2017 IAG’s low cost carrier Vueling joined Avios with a rather complicated way of earning and spending points.  Rob’s article explaining how to earn and spend Avios on Vueling is here.

Over the last year we have been trying out Business Class seats on the other IAG airlines apart from BA: 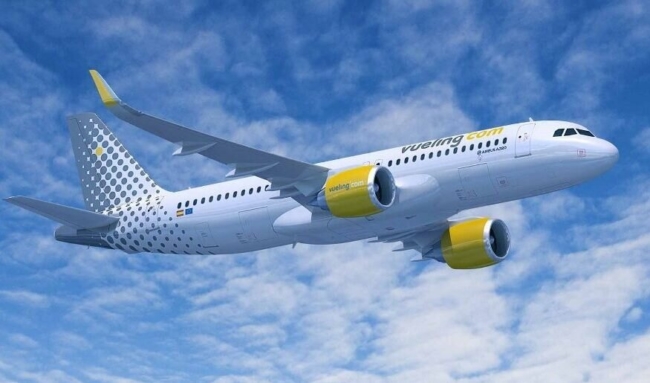 We thought it would be interesting to try Vueling’s business product, which is called Excellence.  Head for Points spent £185 on my one-way flight from Gatwick to Barcelona – it turns out this wasn’t the best ever use of company money …..

Vueling is a low cost carrier and their planes are not set up to accommodate a proper business class. Instead the airline has decided to sell the four front row seats at a premium o rice, keeping the middle seat free (like BA) and offering free food and drink.  Excellence passengers also get fast track, lounge access and priority boarding.

With just four seats per flight, you can’t argue that it isn’t exclusive ….

Vueling operates from the South Terminal at London Gatwick, alongside British Airways.

Vueling uses the No 1 lounge.  This is a bit odd.  IAG paid No 1 Lounges £10 or so to look after me when it has a perfectly acceptable – and rarely packed – British Airways lounge about 30 seconds away …..

If I had British Airways Gold status, and my Vueling ticket had been issued by BA with a BA flight number, I could have used the BA lounge.

My flight was on a Wednesday morning which apparently is peak time at Gatwick. The queue for the No 1 lounge was very long, but staff went along the line to let guests who had access via their flight ticket skip the queue.

I reviewed the No 1 lounge at Gatwick South here and Rob reviewed it here, so I won’t go into detail. Let’s just say it was very busy and I ended up sharing a table with four other travellers, which wasn’t ideal. 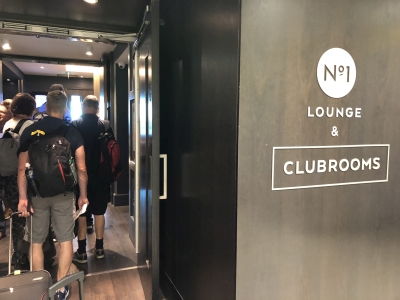 I left the lounge when the screens told me to go to the gate as I didn’t know how far I would have to walk. It was just around 10 minutes in the end. 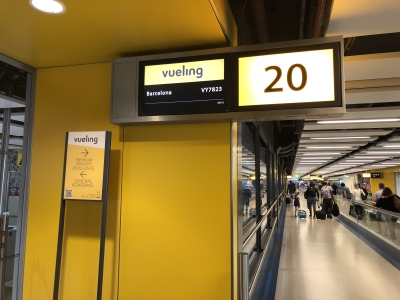 There was a desk where my ticket and passport were checked and I was told that my seat had changed. Instead of 1D I was now in 2D due to an aircraft swap. I asked if the 2nd row is still business class with extra legroom and was assured that it was.

Weird, but I thought I’d wait until getting on the plane to find out what my seat change was about.  It was possible they might not have a row 1 on the new aircraft – some short haul British Airways planes are missing half of Row 1, after all.

We all had to wait in this toilet-less area.  Looking out of the window, I couldn’t see a plane by the gate ….. 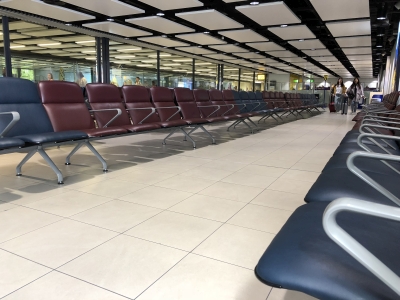 After half an hour or so a plane appeared – but it was not a Vueling plane. Instead it was a Privilege Style Boeing 757. 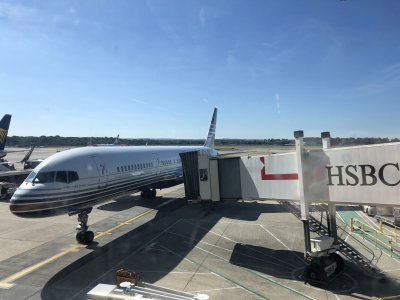 I was supposed to sit in row 2 with almost no legroom at all and must have looked very irritated as one of the cabin crew came up to me and asked if everything was ok.

It wasn’t.  I told him that I paid a higher price for Excellence to sit in row 1 and had been moved to row 2. He checked his list and said no one was sitting in row 1 so I could of course sit there. 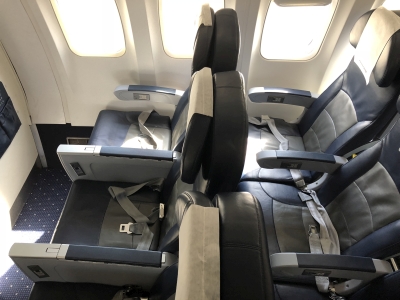 The seat was nothing special but I did have legroom and a free middle seat where I stored my backpack. On the other side of the aisle were two passengers who also booked Excellence. 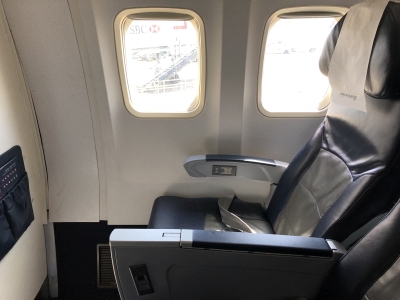 After pretty much everyone on the plane had used the toilet, cabin crew started the on board service.  The cabin crew was not a Vueling crew. They came with the aircraft and didn’t know much about the Vueling service.

The two other passengers in row 1 were handed two menus and ordered some food and drinks. I was not given a menu and when I asked to see one they said that they had coffee, soft drinks and snacks.

I felt like testing them so ordered a coffee for a start – and was told to pay something like €2.60. That’s when I got the confirmation that they didn’t know I was Excellence. I showed them my ticket for a second time and they apologised and said as I changed from row 2 to 1 they thought I was not Excellence.

I was then finally handed the menu and told I could have whatever and as much as I wanted.

I’m not sure if this is how it normally works but I decided to have prosecco, the coffee, water, olives and a toastie.  If I had more time to look at the menu before it was taken off me I could have probably found a better sandwich. 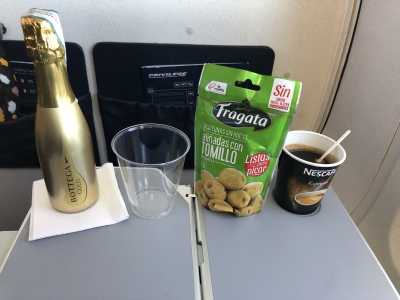 The toastie was wrapped in plastic and had obviously been heated inside the foil. The plastic broke when I tried opening it and I do not know how how much melted plastic had entered the toastie. To make it even worse, it didn’t taste that great.  See below. 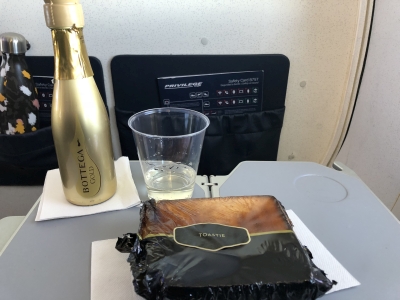 As my aircraft including crew had been swapped, this is obviously not a proper Vueling Excellence review.  I also didn’t have time to properly look at the menu before I forced to hand it back and couldn’t figure out the maximum value I could have got from the food and drink available.  I also don’t know if, on a proper Vueling flight, Excellence passengers can actually order everything and as much as they like.

If you want to book Excellence on Avios, it is a little complex.

There are usually two ways of booking Vueling seats with Avios points.  You can book via Iberia Plus on the Iberia website, which charges you based on the standard distance-based redemption chart.  Alternatively, you can redeem your Avios using the Vueling website by moving your points to Vueling Club / avios.com.  This scheme is revenue based so you won’t get great value for your points.

However, if you want Excellence, this cannot be booked via Iberia Plus.  Your only choice is to use Vueling Club and do a revenue based redemption.  My one way flight would have cost roughly 30,000 Avios based on 0.6p per point.

Please let us know in the comments if you’ve booked Vueling’s Excellence seats before and what to really expect because we still don’t really know ….