This is my review of Aer Lingus business class between Dublin and Boston, on its A330 aircraft.

It is the fourth part of my series on how you can redeem Avios on Aer Lingus for long haul flights to the US and Canada.  With far lower taxes and charges than redeeming for British Airways flights, and with a superior Business Class seat, it is something that all Head for Points readers should be considering if heading to North America.

The first three parts of the series are here and here and here.  As a reminder, Aer Lingus gave us our flight for nothing but Head for Points paid for all of its other expenses except for my hotel in Boston, which was donated by Hilton.

The previous parts of the story had taken me from the Aer Lingus Heathrow lounge, my connecting flight to Dublin, US customs and immigration clearance and the preclearance lounge at Dublin Airport.

Aer Lingus operates an Airbus A330-200 with two cabins on the majority of their US flights from Dublin.

There are 23 Business Class seats and as you can see on the Seat Guru image below you need to do your homework before choosing your seat as there are a lot of different options. 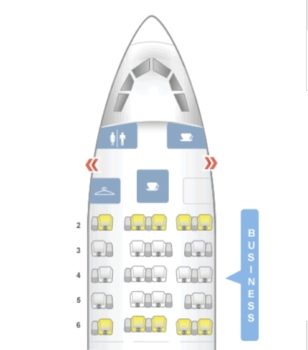 If you travel alone any of the A seats is good.  On the other side of the plane, 3K and 5K are even more attractive due to tables to the left as well as the right – they are called ‘throne seats’ by some people – which makes them the seats with most privacy.

That said, I found that – with no Aer Lingus status – not all seats were available for selection after booking.

On my way out I was only able to choose between two centre D and G seats as well as 6K. However, at the gate I was given a new boarding pass for 5A.

On my way out I chose 6K as nothing else was available online.  Once I boarded the plane a flight attendant asked me if I would mind sitting in 4A – not at all!

Due to a change of seats on the return I was able to snap pictures of three different options across both legs of the trip.

Below is the 5A seat from my outbound flight. I liked the amount of storage including a small cupboard next to the seat and space for magazines further down the console. 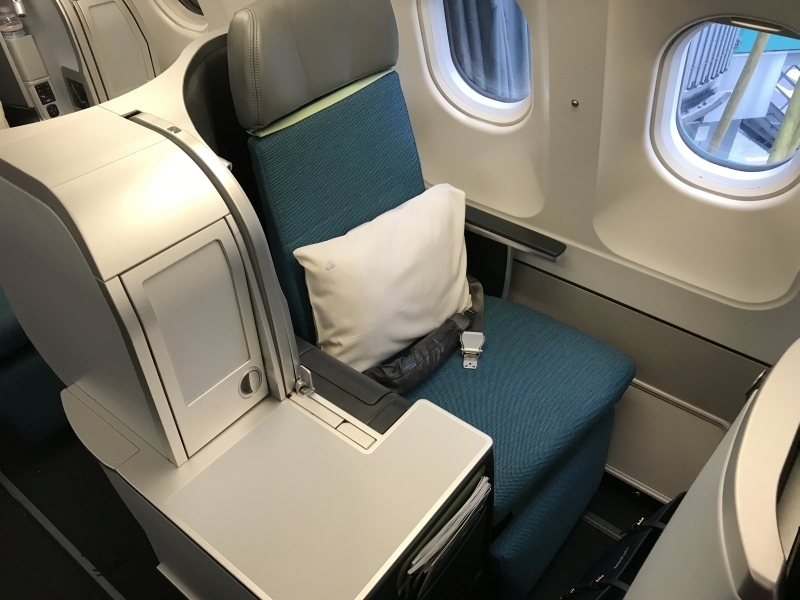 This is a picture of 6H and K. Whoever sits on K will have to climb over the passenger in H when going to the bathroom. These two seats also looked like they had less storage than the single seats. 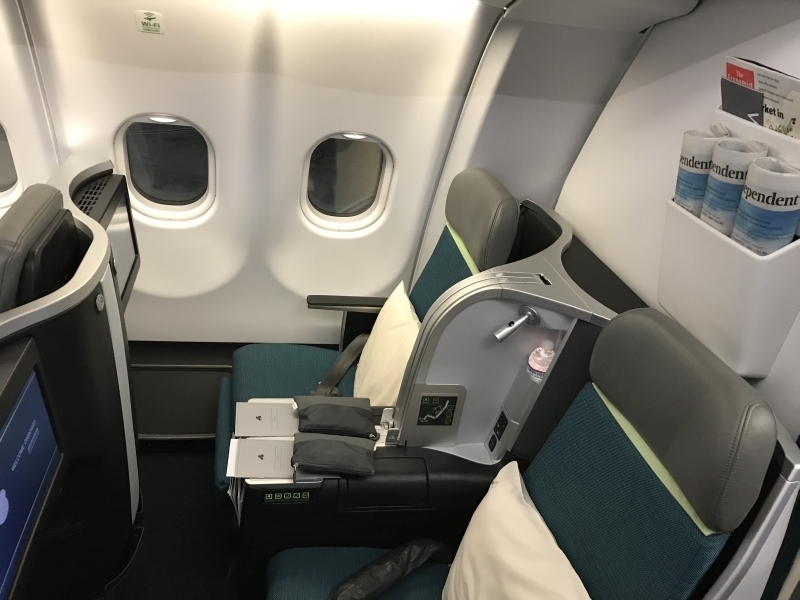 This is seat 5K – one of the throne seats and according to Seat Guru the best seat on the plane. 5K has a lot of storage and two fairly large tables to either side. 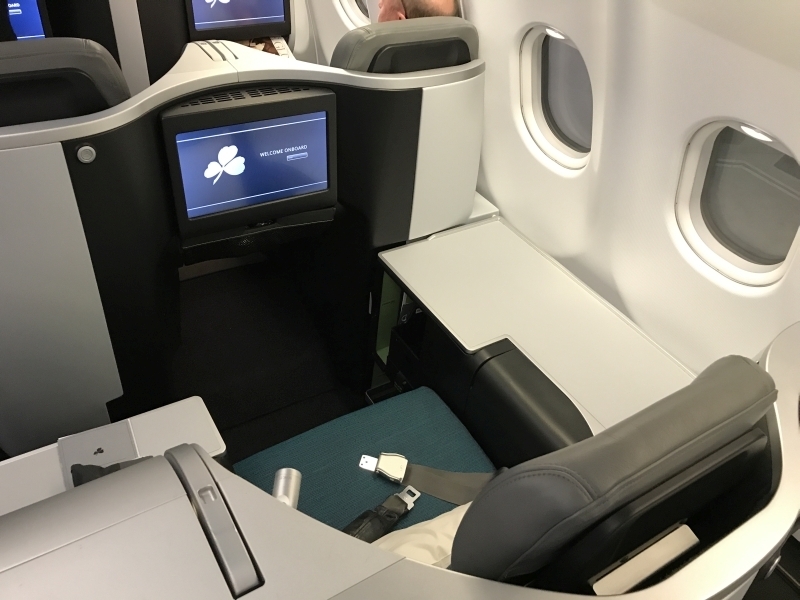 This was my final seat on the inbound flight, 4A. It wasn’t much different to 5A, however it did have the table to the left which I preferred as you’re (or I was) less likely to knock drinks over. 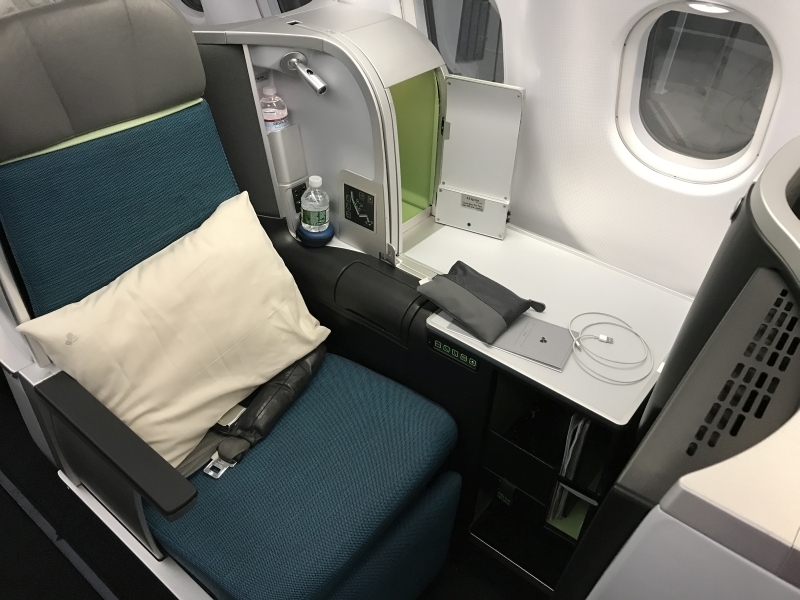 The on board entertainment was good with a range of movies and TV shows ranging from classics to new releases. The screen itself, however, was a slight disappointment. It was fully integrated in the back of the seat in front of you and not adjustable.  This in itself wouldn’t have been a problem but the screen had a rather small viewing angle which made it impossible to watch anything when leaning too far back.

On the bright side, the headphones were comfortable and had a good sound.  They were stored underneath the screen in a pocket which I used to store my phone during the flight.

In addition to the IFE Aer Lingus offers wifi on its transatlantic flights. Business Class passengers get access for free which is very unusual – most airlines like to charge, even in First Class.  Shortly after take off the flight attendants handed out cards with unique passwords to use 400MB of on board wi-fi.

I was quite impressed with the quality – I was able to upload images to Instagram and make video calls on Facebook Messenger. 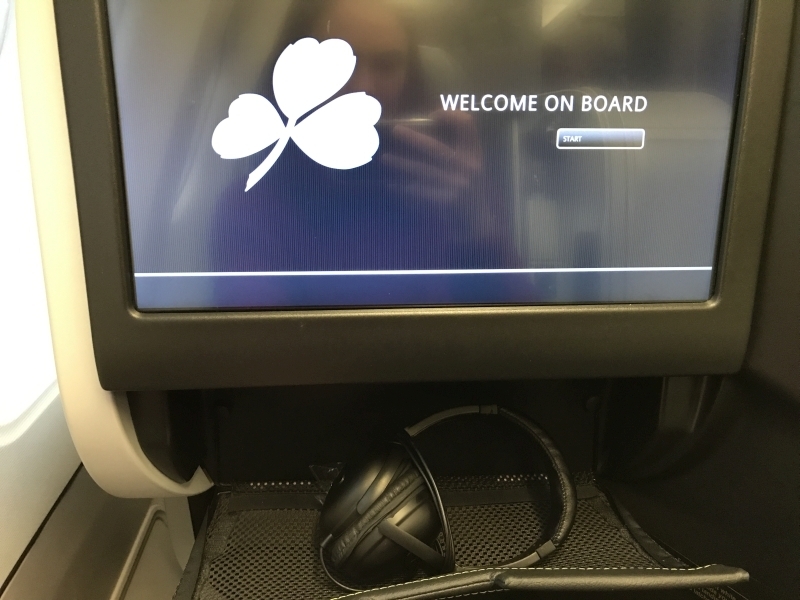 As you can see in the picture below legroom was fine and there was further storage space in the form of a basket.

That said, as I mentioned above storage at my 5A seat on my inbound flight was even better. 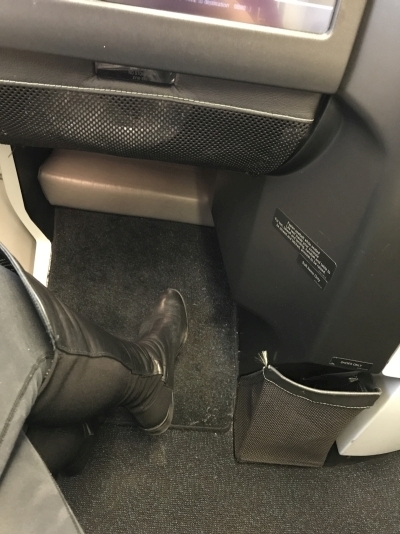 The panel to operate the seat had the usual buttons to change the seat from upright to relaxed and fully flat as well as a massage button (!) which was an interesting extra.

The seats in Business (according to Seat Guru, I didn’t bring a measuring tape) had a 58′ pitch and 21′ width. Coming home overnight it was comfortable and easy to change from upright to fully flat. The seat was comfortable and the duvet not too thick or too thin, although these are obviously personal preferences.

A mattress topper would have been great, but these are still fairly rare in business class – BA is hoping to roll out one in Club World by May.  I managed to sleep well for a couple of hours, which on such a short flight (just under 3000 miles) is the best I was expecting.

Next to the panel was the socket, a USB charging port and the headphone jack. 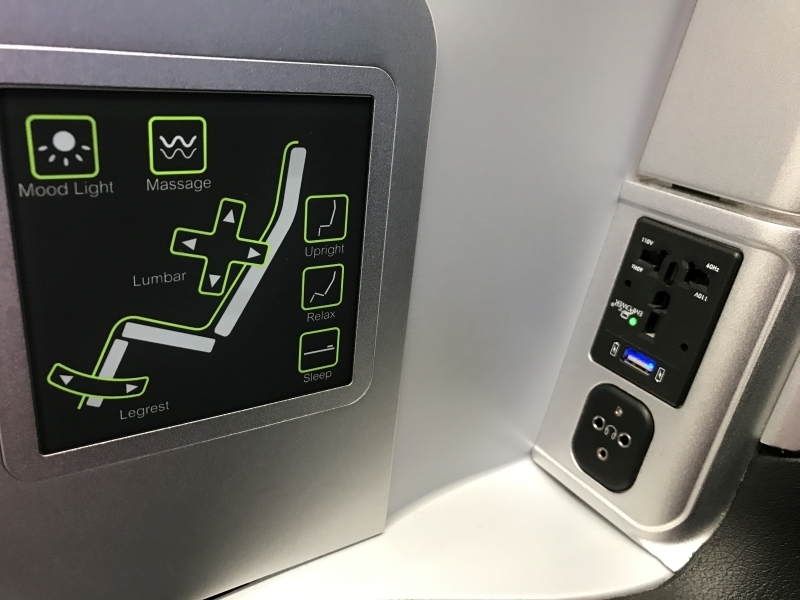 At the front was one toilet.  Handwash and moisturizer were the only toiletries to be found. 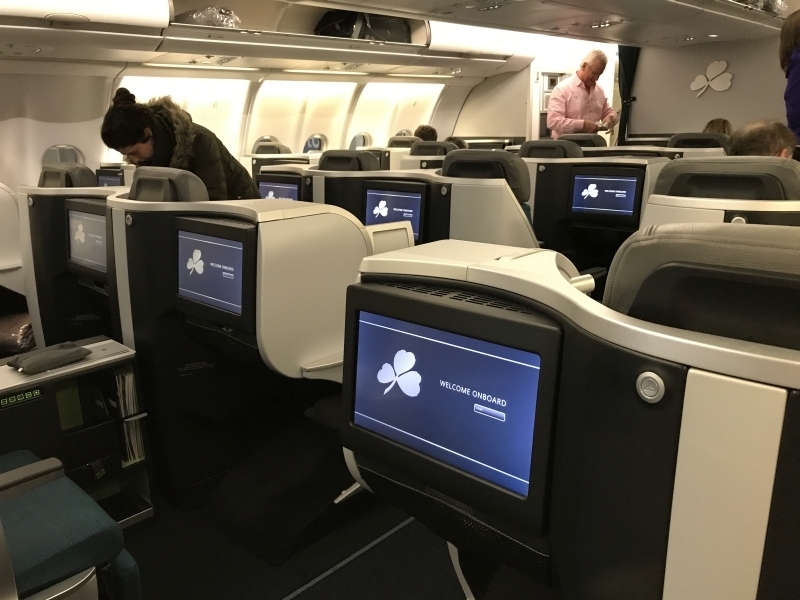 The wash bag had socks, a sleeping mask, earplugs, a toothbrush with toothpaste as well as hand cream, a lip balm and mouthwash by Voya inside. I had never heard of this brand before, but I liked that the mouthwash wasn’t too strong and the hand cream was good. Unfortunately I couldn’t use the lip balm as it was a liquid balm in a tube and due to the cabin pressure everything came out at once after I took the lid off ….. 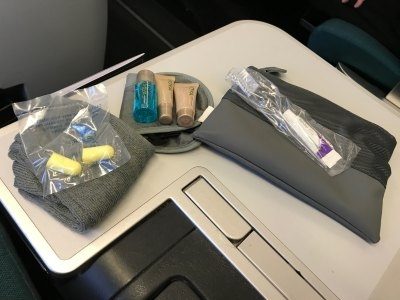 Click here to read the second part of my Aer Lingus review, which covers the food and drink you’ll receive and includes a video.