In this article we’ll look at how you can earn Avios and British Airways tier points by flying with Iberia and whether it’s worth it compared to flying British Airways. 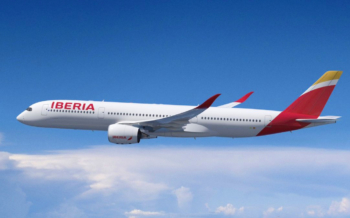 It is possible to earn Avios and British Airways Executive Club tier points on Iberia.  Of coruse, Iberia has Iberia Plus, its own frequent flyer program, which also uses the Avios reward currency but there is no good reason for crediting your Iberia flight to Iberia Plus if you have an active BA account.

When you book or manage your flights with Iberia, you will be able to add your British Airways Executive Club number. Upon completion of your flights you will automatically be credited the correct Avios.

Because British Airways and Iberia both belong to the same group of companies, International Airlines Group (IAG), their earning rates are almost identical.

Premium Economy – 100% on both airlines

Premium Economy flexible – 150% on both airlines

Business flexible – 250% on both airlines

As you can see, all the classes have the same earning rates. However, because Iberia does not fly first class cabins, you will not be able to earn the highest advertised earning rate of 300% which British Airways reserves for its first class flyers.

Unlike with some oneworld partners however, you will still get your usual Avios bonus of 25%, 50% or 100% depending on if you hold a Bronze, Silver or Gold Executive Club status card as well as a minimum of 500 Avios per flight. This makes flying Iberia the second most attractive after British Airways when it comes to earning Avios. Though, of course, if you’re hoping to fly first class your best bet is to stick with British Airways where possible!