The picture below is taken from some pre-design work and is not necessarily going to be the final look but it seems fairly ambitious.

Pre-booking is available for £21.95 via the airport website here.  There is no word yet as to whether Priority Pass or Lounge Club will be accepted but I would be surprised if they are not. 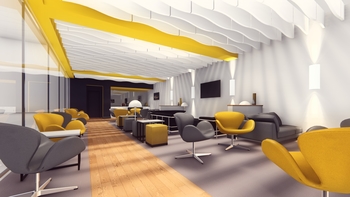 Sold by Manchester Airports Group in 2017, the airport is now owned by Rigby Group.  Rigby also owns Norwich, Exeter, and Coventry Airports and has management contracts to operate Solent, City of Derry and Blackpool Airports.