Marriott Bonvoy is the new name for the combined Marriott Rewards, The Ritz-Carlton Rewards and Starwood Preferred Guest programme.

The programme will launch tomorrow, 13th February, although it will take a while to update all of the marketing material, credit cards and the like.  I updated Head for Points last week and you may already have seen the Bonvoy name used on some of our reference pages.

Here is the new logo which Marriott calls “simple, bold and modern”.  After an initial burst of ‘what?!’, I think most people have got used to it.  Luckily Marriott didn’t go the Hyatt route of giving ludicrous names to its status levels ….

Marriott Bonvoy will launch with over 120 million members.  This is a huge number (Avios has 8 million members for comparison), equivalent to the population of Japan or Mexico.

Of course, in practical terms, little will change.  The ‘big bang’ was in August 2018, when Marriott Rewards and Starwood Preferred Guest were aligned in terms of features and benefits and the new terms and conditions launched.  The launch of Marriott Bonvoy is just slipping a new skin over the existing Marriott website.

The one change that has been announced is the renaming of two membership tiers.

We also know that the two UK credit cards will retain the Marriott Rewards and Starwood Preferred Guest branding in the short term.

There WILL be a number of hotels going up in (points) price on 5th March as part of Marriott’s annual changes but we will look at that tomorrow.  The good news is that the introduction of peak and off-peak pricing has been pushed back to ‘late 2019’.  The bad news is that ‘Points Advance’ is being tweaked, and locking in a reward now – even if you don’t have the points – no longer guarantees you the price. More tomorrow though. 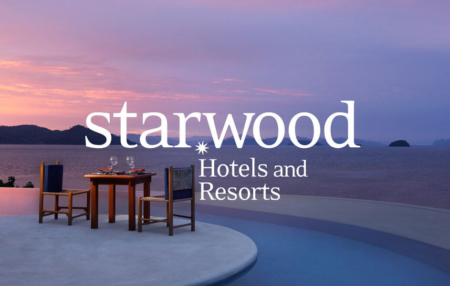 Goodbye to the Starwood brand – I’ll miss you

Apart from on the Starwood Preferred Guest American Express credit card, today is the day that the Starwood brand finally disappears.

You will still see the broader Starwood name around – Starwood Capital Group, the investment group run by the Starwood Hotels founder, still exists and is still developing hotel projects.  It recently sold Principal Hotels in the UK to IHG and owns a 30% stake in Yotel.

I’ve had some good times with Starwood.  A long time ago, well before HFP and when I was still a graduate trainee, I had some great stays using Starwood ‘free nights’ promotions.

The chain loved to do offers such as ‘do three stays and get a free night anywhere’.  I remember running up three cheap stays during one of these offers (Sheraton Lisbon was in there at some point) and then redeeming a free night at the Gritti Palace in Venice, one of the jewels in the SPG portfolio.

I was almost certainly the only guest at the Gritti Palace who had flown in via Treviso on Ryanair.  At that time Starwood also had the Excelsior on the Lido, and there was a free Riva boat you could take which linked the Gritti, Danieli and Excelsior.  I remember zipping around the lagoon in that.  The boat still had the Ciga branding which was the chain bought by Starwood to gain control of all these luxury hotels.

Other favourite Starwood hotels included The Kamp in Helsinki (now independent), St Regis Istanbul (which channels the feeling of what I think St Regis should be better than any other hotel in the chain, St Regis Istanbul review here), Westin Kyoto and Westin Dublin, which is both lovely and in the perfect location.  There were a few dumps as well, of course 🙂

In the early days of HFP, I had a better relationship with Starwood than with any other hotel group.  I even appeared as an extra in one of the videos that Starwood hotels had playing on the TV when you entered your room (see YouTube here at 2:49, I am sat behind Quinn talking to Kelly from aroundtheworldin80pairsofshoes)

It was a far smaller company than IHG, Hilton and Marriott and really understood the benefits of engaging with members and the value of loyalty.  After all, staying at one of the few Starwood hotels usually meant driving past a Hilton, Marriott and IHG hotel on the way.  One of the benefits of the takeover for me is that SPG’s talented team has been dispersed across other airline and hotel groups and the relationships have carried over.

When Marriott bought Starwood – the equivalent of Asda buying Waitrose – few people thought they would get it right.  To be honest, so far they have done a good job.  Not everything has gone right, of course, but it is far away from some of the dire predictions when the takeover was announced.

Unless you were a top tier elite member doing 75 nights a year, at which point you were well treated, Marriott Rewards was generally seen as very dull loyalty scheme.

Marriott Bonvoy is, genuinely, most of the best bits of Starwood Preferred Guest and Marriott Rewards put together.  Some things have had to give, such as the generous Travel Packages, but so far so good.  I can currently redeem at top hotels such as St Regis New York for 60,000 points whereas it was 105,000 points equivalent in Starwood days.

I was a bit worried when my wife and I ended up with 1 million Marriott Bonvoy points between us, once our SPG and Marriott Rewards balances were merged, but at the moment I have no worries about being able to spend them well.

We are already facing a devaluation when the new Category 8 launch in March and again when peak pricing launches later in the year (which will put St Regis New York up to 100,000 points on some nights, nearly back to 105,000 in the SPG days) – but today all is good.

The official Marriott Bonvoy American Express card comes with 20,000 points for signing up, 2 points for every £1 you spend and 15 elite night credits per year. You can apply here.

The biggest UK card sign-up bonus EVER is here, worth 100,000 points

What happened with the BA and SITA data breach?

Have you been ‘diagnosed with a psychological condition’ after the 2018 BA data breach?