The UK Civil Aviation Authority banned the Boeing 737 MAX 8 from operating in or over UK airspace on Tuesday afternoon.  In the evening, the European Union Aviation Safety Agency extended the ban to the whole of the EU.

This follows the crash of the Ethiopian Airlines aircraft on Sunday, which was the second MAX 8 crash in five months.  There are currently 350 MAX 8 and MAX 9 aircraft in service globally.

This follows existing bans in Singapore, China, Malaysia, Ethiopia and Australia.  Germany, Austria, the Netherlands, Ireland and France have also banned the aircraft on Tuesday before the full EU ban was announced. 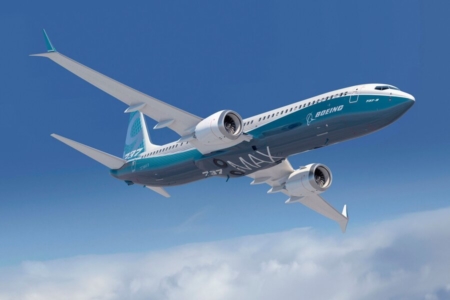 There will be other carriers impacted too – a Turkish Airlines plane was reported to have been made to turn back on the way to the UK – but most airlines will be able to switch their UK services to a different aircraft type.

Air Canada has also cancelled a number of services from Canada to the UK over the next few days.

Other airlines which operate short-haul flights to the UK and which own MAX 8 aircraft include Icelandair, Air Italy and LOT Polish.  British Airways, easyJet, Ryanair and Jet2 do not own any of the aircraft although Ryanair has 135 on order.  BA’s South African franchise, Comair, has one MAX 8 in British Airways livery which has been grounded.

The aircraft is still deemed airworthy by the US Federal Aviation Administration, with Southwest Airlines being the largest operator.  The US is now looking like an outlier, however.

You can read the CAA statement on its website here.  The EASA statement is here.