The Court of Appeal (Civil Division) has just given its verdict in BA’s appeal against the decision given by Mrs Justice Elisabeth Laing on 23rd July that BALPA’s strike ballot was legal.

British Airways has lost the appeal.

BALPA is legally allowed to push ahead with a pilot strike.  However, British Airways and BALPA have agreed to meet at ACAS this afternoon and talks are due to continue until the end of the week. 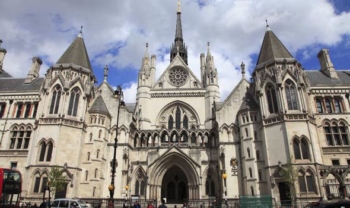 BALPA said in a statement:

The Court of Appeal has rejected British Airways’ attempt to injunct BALPA’s proposed industrial action on a technicality. The legality of BALPA’s ballot has been affirmed.

BA’s case was already dismissed once at the High Court last week, but they insisted on wasting more time in pressing it to an appeal.

“The Court of Appeal has today rightly dismissed BA’s attempt to injunct this industrial action on a technicality.

“BA’s attempt to defeat the democratic view of their pilots in court, rather than deal with us across the negotiating table, has sadly wasted huge amounts of time and money that could have been put into finding a peaceful resolution. Now the window for negotiation and compromise is closing fast.”

“BA need to wake up to reality. Our ballot returned 93% in favour of strike action. There is a serious issue here and BA has so far refused to help us tackle it.

“On BA’s own figures submitted to the court, even a single day of strike action will cost far more than we believe it would take to settle this dispute.

“However, BALPA wants to resolve this matter through negotiation and so we are not announcing strike dates. Instead, we have called on BA to hold further talks at ACAS and they have agreed to meet at ACAS today and for the rest of this week for one last try to resolve this dispute by negotiation.

“We have spent four days in talks at ACAS already, and BA refused to move their position one iota. But we hope they now recongise the seriousness of the situation and will work positively with us to find a way forward.

“We are not announcing strike dates today. In any event we are required by law to provide BA with 14 days’ notice of any proposed strike action.”

As a reminder, the crux of the appeal was that whilst BALPA had provided British Airways with a list of how many pilots, by managerial grade, voted for industrial action, they did not provide this information split by long-haul or short-haul fleets and that BA requires this information to mitigate the impact of the strike.

Was it enough to list employees by rank (Captain, First Officer) as opposed to fleet?  The Court of Appeal agreed with the original judge that it was.

Given the ludicrous cost to British Airways of shutting down the airline for a few days due to a strike, I would imagine that the magic money tree will mysteriously find some reserves this afternoon.  Let’s see.