Every so often we cover the various private jet terminals around the country that also, for a fee, can be used by passengers on ‘normal’ commercial flights.

We have previously reviewed the First Class Lounge at London City Airport, which is based in the Jet Centre next door, the Signature ELITE Class terminal at Luton (which easyJet customers can use) and written about the soon-to-be-open PremiAir facility at Manchester Airport.

Boarding your scheduled flight via a private terminal is obviously the way to go if money is no object, with no large, crowded airports to navigate or congested security to endure.  The biggest selling point is probably the chauffeur service that takes you from the small private terminals directly to the aircraft itself – you can forget about moving walkways and slow air trains. 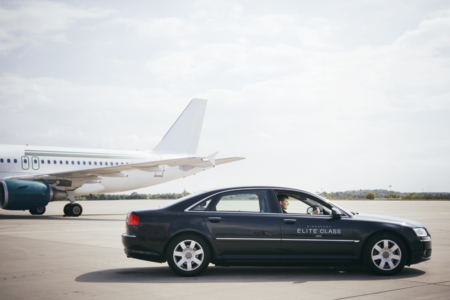 If you want an idea of how it works, Rob’s review of using the London City private jet terminal before boarding a BA flight gives you a proper feel.

It turns that you can do something similar at London Gatwick, which came as news to us.

The Signature ELITE Class private terminal at Gatwick has been around since 2009. It is operated by Signature Flight Support, which manage private jet ground handling, fueling and support. It was rebranded as ‘ELITE Class’ in 2014.

Here is what the promotional materials say:

Offering privacy and discretion, the service offers dedicated security, customs and immigration and baggage check-in, and discrete, effortless car transfers to and from the lounge direct to the aircraft.

…… which, despite the lovely new British Airways lounge, sounds a lot better than any other Gatwick experience involving an endless maze of corridors.

The Signature ELITE Class terminal is one of a handful of UK and Caribbean private terminals operated by Signature. In addition to Gatwick and Luton the service is also offered at Barbados, Grenada and Antigua (does BA still let First Class passengers from Barbados check in at the private jet terminal?).

The service is not a bargain, however. At £660 for the first passenger and £310 for further passengers at Gatwick this is not for the price sensitive, especially compared to the £95 per person cost of the London City Airport service.  Compared to the £2,750+ Windsor Suite at Heathrow, however, it’s practically pocket money.

We got in touch with Signature last week to clarify their pricing for this article, and they generously offered us a free visit to try it out.  As soon as we find a need to fly from Gatwick we will let you know what it’s like.

You can find out more on the Signature website here.