Yesterday we ran an article explaining how British Airways was planning to deal with the issue of awarding Avios and tier points for flights impacted by strike action.

It seems that British Airways was not planning to give Avios or tier points to anyone who had their flight changed or cancelled during the strike.  If you had read the original version of the strike FAQ, it did actually say this but only by implication.  This is also what the call centre had started to tell HFP readers who called to request their missing points and what BA had confirmed to me when I made an official enquiry.

Their position changed on Thursday, which by coincidence was after I gave BA advance notice that we were planning to address this.  Their revised feedback led to my article yesterday.

The official guidance on ba.com was updated yesterday evening.  This reflects what British Airways told me on Thursday would be the new policy and which we summarised in Friday’s piece. 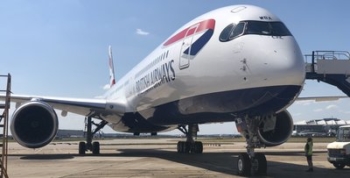 The BA strike page now says in the FAQ section:

“If your flight was cancelled as a result of the industrial action, and you were rebooked onto an alternative service operated by British Airways or a oneworld partner airline, you will automatically be credited with the applicable Avios and Tier Points once you have flown the rebooked flight.

In all other cases where you believe you would have upgraded or retained your Tier status had your flight not been affected by the industrial action, please contact your local Executive Club Service Centre who will review cases on an individual basis.”

There is actually one element here which goes beyond what we wrote yesterday.  Whilst British Airways is still refusing to credit Avios or tier points to anyone who chose to take a refund and arranged their own alternative transportation, these people can contact BA at year end for a manual review if their tier points show that they would otherwise have gained or retained status.

If you have travel planned over the next strike, on 27th September, you will have been contacted by now if your flight is cancelled.  BA CityFlyer has added extra capacity from London City Airport to Munich, Berlin and Amsterdam so customers on those routes should still be able to choose a BA option.

Having read the document that BALPA sent out to its members yesterday, I do not see any sign of compromise.  If anything, some of the alleged actions taken by the airline appear to have inflamed passions even further.