If you are holding an industrial dispute – or indeed any sort of dispute – standing your ground is one of the keys to success.  Once you are seen as weak, your opponent realises that it has the upper hand.

I mention this because it was my gut reaction to the announcement that the British Airways pilot union, BALPA, has called off the strike on 27th September.

The reason for cancelling the strike is bizarre.  It is NOT because British Airways has returned to the negotiating table.  BALPA claims that it has cancelled the strike because BA is NOT willing to negotiate, which makes zero sense to me.

What is BALPA expecting now?  That British Airways will be rushing back to negotiations?  I’m not so sure. 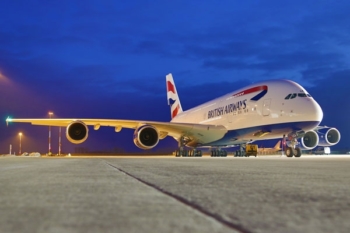 British Airways has now reinstated a percentage of its schedule for 27th September.  If you had been transferred to another flight, either on BA on a different day or on another airline, you have the option of moving back.  If you accepted a refund, British Airways can rebook you for the price you originally paid.  What BA cannot do, of course, is move you back if you took a refund and then paid to rebook on another airline.

Who knows where this goes now?  This is the full announcement from BALPA:

The British Airline Pilots Association has today called off the next strike scheduled for 27th September in the dispute between British Airways and its pilots.

BALPA said the strikes on 9th and 10th September had demonstrated the anger and resolve of pilots. It was now time for a period of reflection before the dispute escalates further and irreparable damage is done to the brand.

BALPA hopes BA will now change its approach and negotiate seriously with a view to ending this dispute.

“Someone has to take the initiative to sort out this dispute and with no sign of that from BA the pilots have decided to take the responsible course. In a genuine attempt at establishing a time out for common sense to prevail, we have lifted the threat of the strike on the 27th September.

“BA passengers rightly expect BA and its pilots to resolve their issues without disruption and now is the time for cool heads and pragmatism to be brought to bear. I hope BA and its owner IAG show as much responsibility as the pilots.”

You can keep up to date with the strike news on this page of ba.com.