This is our review of the Atrium Hotel Heathrow, located at Hatton Cross tube station.

The Atrium Hotel Heathrow was one that particularly piqued our interest. Whilst most airport hotels belong to big chains (IHG, Marriott, Hilton etc), this one was curiously unbranded.  At 612 rooms it is also gigantic.  It bills itself, on its website, as “the capital’s latest icon” …… how could we resist?

Given these peculiarities, I gave Atrium Hotel Heathrow a try before my Upper Class Suite flight to New York on Virgin Atlantic’s new A350 (review to follow).

Since I was coming straight from the HfP office, I took the tube to Hatton Cross. Once you emerge from the underground the distinctive blue and yellow cladding is immediately visible. 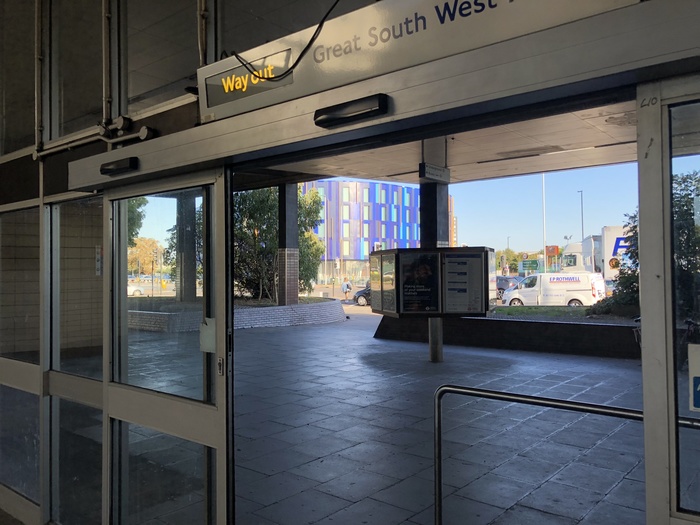 Getting to it from the station is a short walk across a maze of traffic lights to cross the junction: 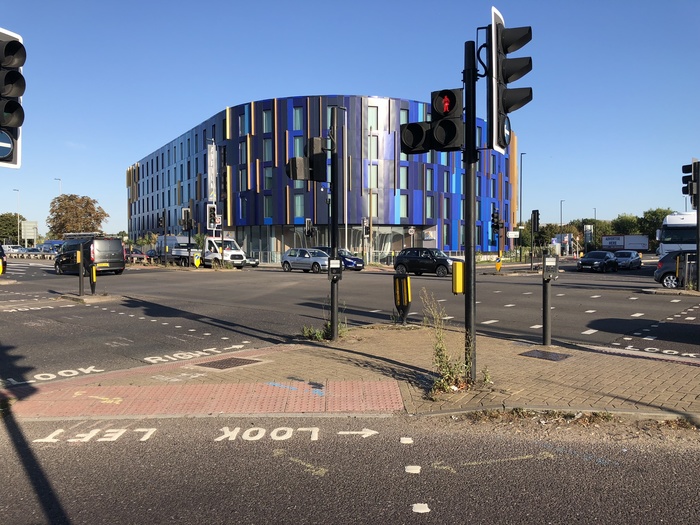 I walked around the building a little, unsure of where reception was. It turns out there are two: one angled towards the tube station and one around the back. I went to the front one, which is on a lower level to the road and has this surprising tile feature: 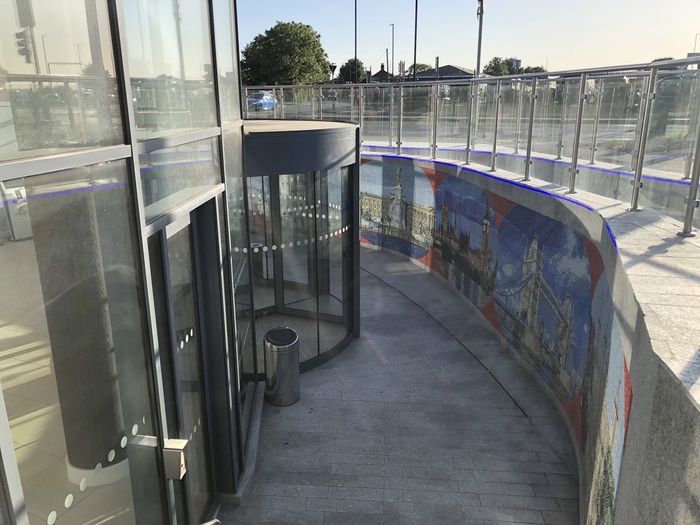 Inside the Atrium Hotel Heathrow

Here is reception which, when I arrived at just after 5pm, was deserted except for two members of staff: 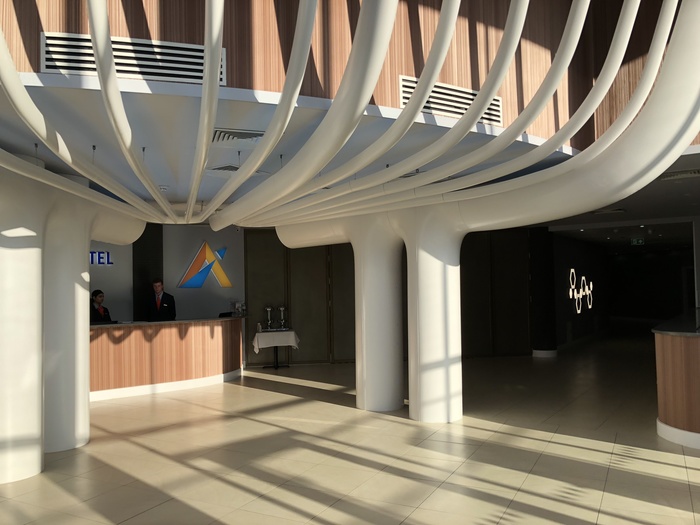 …… and checked in. It looks like some staff are still being trained because a manager came out to show the staff how to do it.

From the front reception to my room was a bit of a walk. To get to the lifts you walk through a large corridor that passes a cafe area: 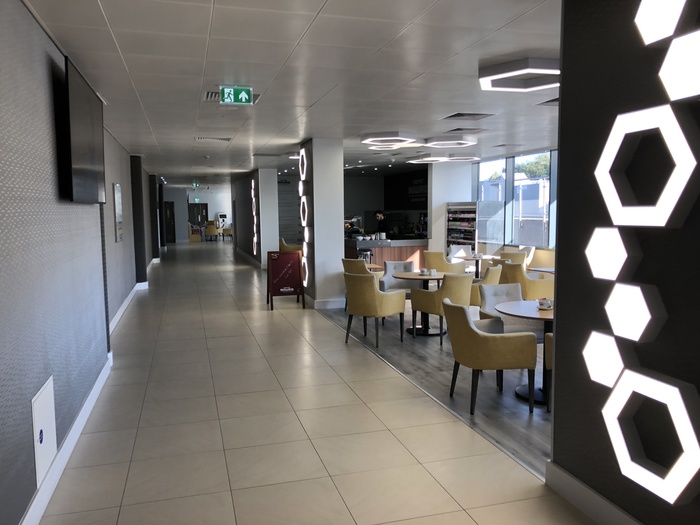 …… before passing the second reception (marked air crew, although they seemed to deal with everyone). You then walk through some double doors and are presented with four lifts.

I got to my room (this hotel is far larger than it looks – there are corridors everywhere) and opened the door: 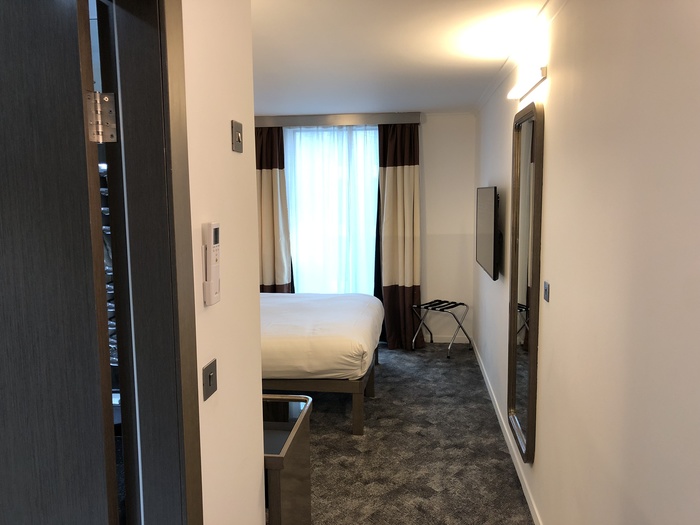 The first thing I noticed was the smell of damp. Remember, this hotel is only a few months old!  I’m not sure where the damp was (could it be in the central air system?). I thought about contacting reception but decided against it – I couldn’t be particularly bothered to faff about for such a short stay.

Like most hotel rooms the bathroom is immediately to the left, with the bedroom by the window. Here is the bathroom, which features a very nice shower: 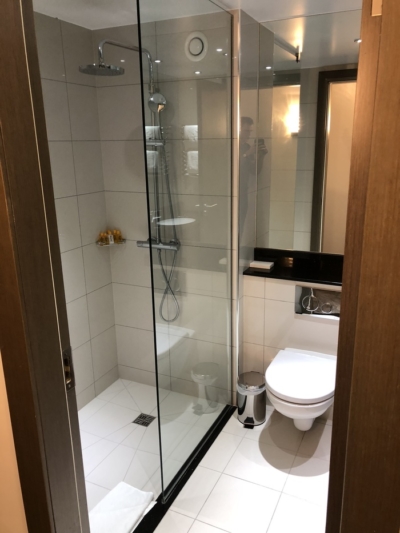 Toiletries are branded with logos of all the hotels owned by the parent, which include Shendish Manor and Regency Park Hotel: 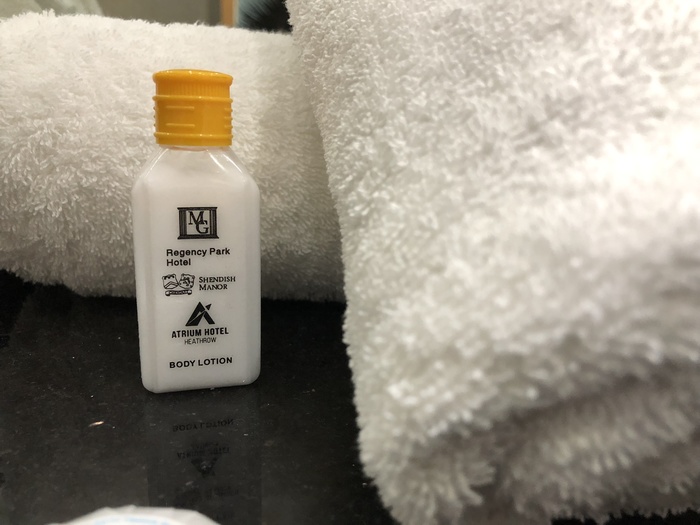 ….. although they are really oddly scented – not particularly pleasant.

Here is the sleeping area, with a double bed I later found out appeared to be just two singles moved together (!): 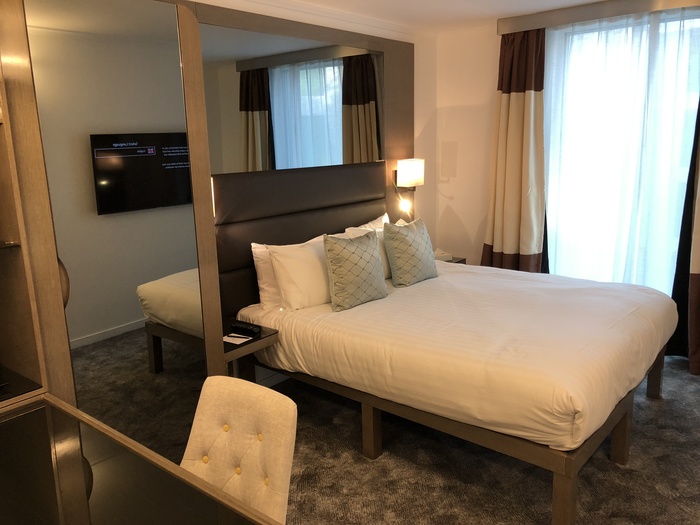 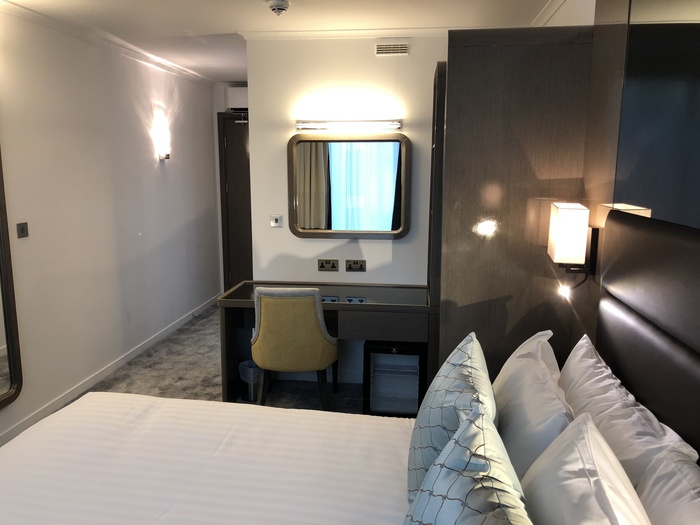 There is a large wardrobe, desk and coffee/tea facilities: 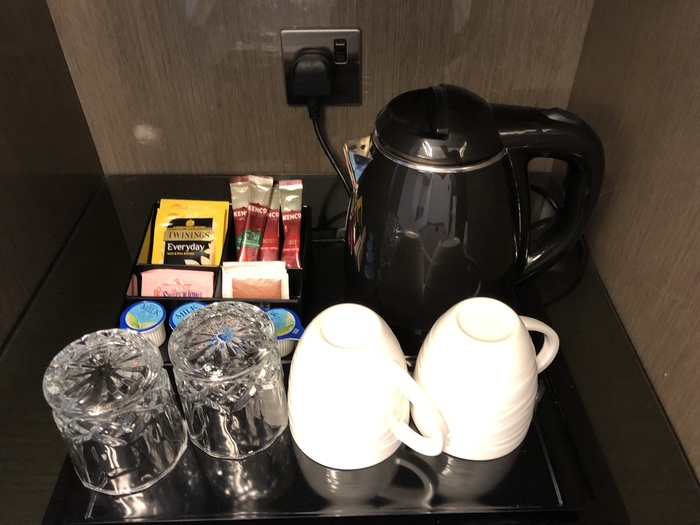 The strangest thing about the room was the abundance of mirrors. There is a large mirror behind the bed, a medium sized one above the desk, a large mirrored wardrobe door, an equally large wall mirror opposite the wardrobe….and then two of the walls in the bathroom are also completely mirrored!

As you might expect, given its name, this hotel has a large atrium which the internal rooms overlook. This is my view into the buffet / restaurant / bar area: 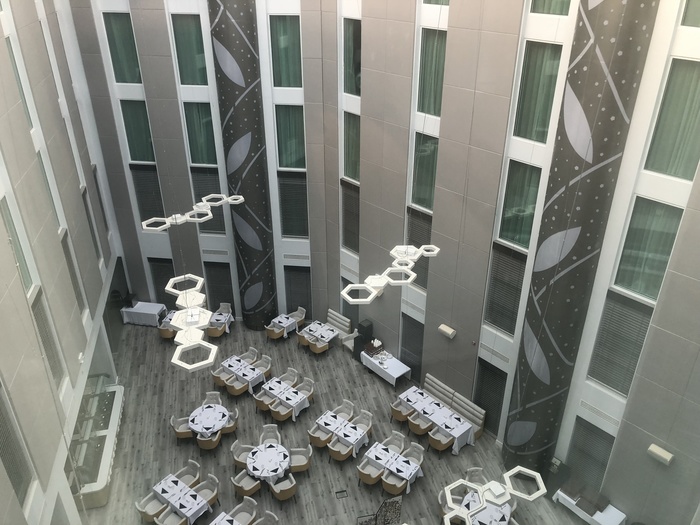 The hotel also has a bridal suite on the fourth floor. I didn’t see inside it but my experience with my own room does not bode well.  I’m not sure who would want to spend their honeymoon, or part of their honeymoon, in a soulless hotel with nothing to do at Hatton Cross …… although I accept that the function rooms are probably some of the largest in the area if you are planning a big wedding.

This is the end of Part 1.  You can read Part 2 of our Atrium Hotel Heathrow review here.  It gets weirder ….

Have you walked the tunnel between Heathrow T5, T5B and T5C?