On Monday, we told you about the launch of PremiAir, the new VIP terminal at Manchester Airport which can be used by the public for a modest fee (£50 to £100).

As of Monday, the airport was only advertising eight airlines as PremiAir partners.  On Wednesday we were told that the list had now swelled to 32.  Either Manchester Airport did the marketing job of a lifetime during Monday and Tuesday, or someone forgot to update the original list.  You decide!

Anyway, here are the 32 airlines which will allow you to arrive or depart via the PremiAir terminal, bypassing the main terminal entirely:

Noticeable by its absence is Virgin Atlantic and its sister company Flybe.

We will bring you a review of PremiAir in early November. 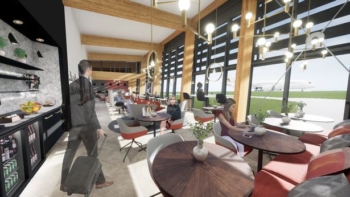 Getting airport lounge access via a UK credit card

Two free Priority Pass cards (one for you, one for your supplementary Platinum cardholder, each admitting two – so a family of four gets in free) giving access to every lounge in the Priority Pass network – search it here.  You also get access to Plaza Premium, Delta and Eurostar lounges.  Our American Express Platinum review is here.

You get a Lounge Club card loaded with two free visits to any Lounge Club network lounge – see the list here.  The list is slightly shorter than the Priority Pass list, but not by much.  Additional visits are charged at £20 per person.  You get two more free visits for every year you keep the card.  No annual fee in Year 1.  Full details are in our American Express Preferred Rewards Gold review here.

You get a free LoungeKey card allowing you access to any property in the LoungeKey network.  Guests are charged at £20 although regular travellers will find it cheaper to pay £60 for a supplementary credit card (adults only, of course).  The card has an annual fee of £195 and there are strict financial requirements to become a HSBC Premier customer.  Full details are in my HSBC Premier World Elite Mastercard review.