If you were impacted by the British Airways data breach last year, things are starting to get interesting.

Between June (not from 21st August, as BA originally reported) and 5th September 2018, the data of people making a transaction at ba.com or BA Holidays was compromised and passed to an unknown third party.

BA originally stated that the following data was shared:

….. but this was later found to also include log in and travel booking details as well name and address information.

Passport and frequent flyer data was not compromised as that is not transmitted during the payment process.

500,000 people were impacted by the breach.  If you were included, you will have received various emails from British Airways last year.

The Information Commissioner’s Office (ICO) was not impressed, and in July 2019 it proposed a fine of £183 million.  See the ICO’s statement here.  The final sum will be confirmed following representations from all parties involved.

It was the first major fine to be imposed under the new General Data Protection Regulation (GDPR).  In some ways BA got off lightly as the maximum fine is 4% of turnover – BA was fined 1.5%.

The £183m is not going to impacted customers, however.  It is divided up between the various European data authorities, with the UK share going directly to the Treasury. 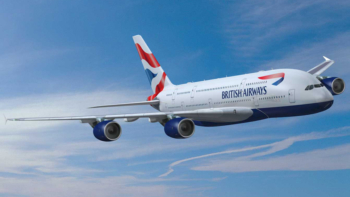 But you can now make your own claim ….

You may have seen advertisements popping up over the last year from various law firms who are proposing to take legal action against British Airways.

It was not sure if this action could proceed.  However, last week, Mr Justice Warby granted a group litigation order.

There is no rush to move forward.  Justice Warby granted a 15 month period for flyers to sign up to the litigation, so the cut-off will be, give or take, 31st December 2020.

I was surprised to see that the number of people who have signed up so far is very low.  The largest litigation group has signed up just 5,000 people.  Given that Head for Points has around 40,000 readers on an average day, if you include our email readers, and is visited from over 350,000 unique devices per month, the law firms haven’t made much impact.

What I don’t understand, to be honest, is how a group litigation order works.  Does the Court award a flat amount – irrespective of the number of people in the claim – or is the award a flat sum per claimant?

If it is the former, then you might as well pile in – it won’t make any difference to how much British Airways pays out and you may as well get your share.  If it is the latter, you need to decide whether you are happy being directly responsible for taking a few thousands pounds off British Airways – although if BA has the right insurance, it won’t be paying out directly.

I recommend you sit tight for now.  You have 15 months to join the legal action, or not.  We will try to speak to some of the law firms involved – and a few lawyers who are not – to bring you a view on whether it is worth joining the action or not.  Both my wife and I are impacted but have not signed up with any legal group so far.

Following Mr Justice Warby’s decision on Friday, however, the action is well placed to go ahead.