This is Part 2 our review of Vietnam Airlines business class from Ho Chi Minh City to London.

Part 1 of our Vietnam Airlines business class review is here.

Whilst the seat is okay to sit in, the lack of decent padding is noticeable when you try and use bed mode. Vietnam Airlines provide some mattress protectors, but this is only for hygienic purposes and does not feature extra padding as you get on some airlines.

That makes the seat rather hard in bed mode – and, coupled with a few gaps in the mechanism, not the most comfortable surface you will ever sleep on! 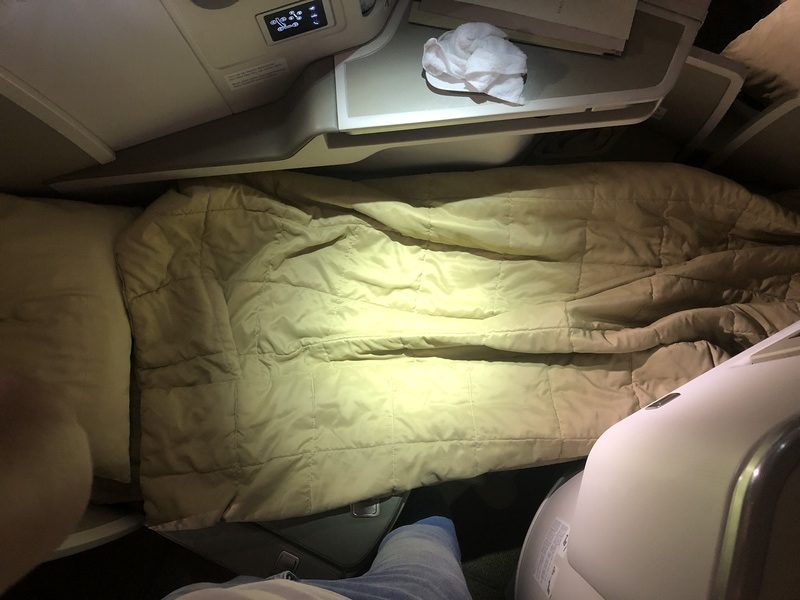 I was pretty tired, however, and did my best to get some decent shut eye. In the end, I think I managed about 7 hours or so which is very good.

Additionally, as a side sleeper, I found I could only really sleep on one side due to my knees. One one side they would fit nicely into a gap in the seat whilst the other way around the seat got in the way.

Vietnam Airlines does not provide pyjamas although I believe they have plans to introduce them. You may want to bring your own.

Breakfast is served about two hours before landing. The choice was between pho, a roast-chicken and tamarind sauce dish or an omelette. Here is the pho: 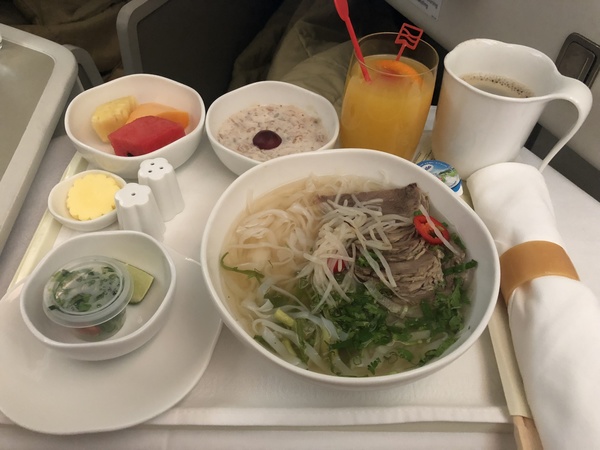 …. which was much better than in the airport lounge.

Breakfast came with a yoghurt-granola thing which I thought was quite tasty as well as a selection of fruit and a choice of pastries.  I had a chocolate coconut Danish.

In flight entertainment is offered via a pop-out screen. It is not available during taxi, take-off or landing.

The interface and media selection was the same as on my outbound, which basically meant a bunch of superhero releases and Disney live action adaptations, as well as some classics. It was about a 50/50 split between English language and Asian films. 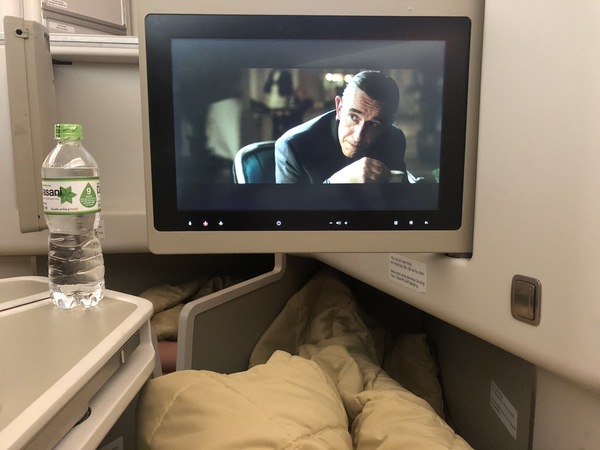 As someone who does not find superhero releases or Disney money-grabs particularly entertaining there wasn’t a huge amount on offer. I went for Stan & Ollie, which was a lovely little biopic about Laurel & Hardy. 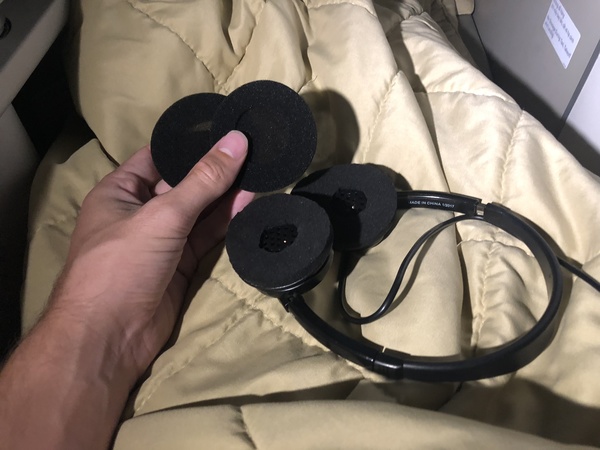 Vietnam Airlines provides headsets, which are of the on-ear variety. You have to put a little foam protector over each side before using, which is a little finicky. They do come with some basic noise cancelling. The headphones are are a little on the cheap side, and as usual I stuck to my own pair!

Vietnam Airlines business class is a good product although some of the seats are starting to show their age, especially when it comes to seat padding. A little investment here would go a long way to delivering a truly competitive product.

Service is good – staffing levels appeared very high, although maybe I was just more conscious of it sitting behind the galley. The food is decent too. As a huge fan of pho it’s nice to see them offer it during the breakfast service!

I wouldn’t hesitate to fly Vietnam Airlines again. Although it does not deliver the same sort of luxury as some carriers such as Qatar Airways or Singapore Airlines, it is a decent product. As the only airline to fly directly between London and Vietnam it also offers 11 hours of uninterrupted travel, which is great for night flights. I came off my flight feeling very fresh and ready to start a new day.

Thank you to the Vietnam Airlines team in London for going above and beyond the call of duty in putting my trip together, including the hotels and even the river cruise.