A virtual IAG lifer, Drew initially joined BA in 1992 and – with a short break at one point – rose to become Chief Commercial Officer.  In 2016 he moved across to run IAG Cargo.  In May 2017 he was, literally, moved overnight into the role of Avios Group CEO after the sudden resignation of his predecessor.

(History has repeated itself.  Drew’s predecessor, Gavin Halliday, was another BA lifer who unexpectedly resigned, in his case to run Etihad’s various loyalty interests.)

Assuming that Drew was the highest paid director at Avios Group, he was paid £996,000 last year including pension contributions.

Drew is heading to American Express Global Business Travel, where he will take up the role of Chief Commercial Officer next April.

If you think this seems like a downgrade – CEO to CCO – you need to know that Amex Global Business Travel is actually a private equity-backed venture.  It is jointly owned by American Express (50%) and the Qatar Investment Authority and private equity groups Centares and Macquarie Capital.

The business was valued at $1.8bn back in 2014 when JV was set up.  Drew is likely to have been offered a potential high-seven / low-eight figure equity package to join, albeit one which will only crystalise if the business is sold for what the owners currently believe it can be sold for in 2-3 years. 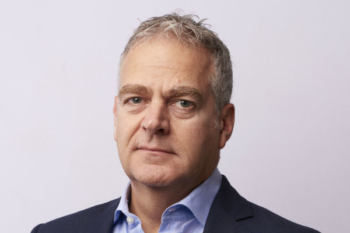 At this point in the story, you would expect me to drop in a few warm anecdotes about Drew.  I’m not going to do that, because I never met him.

It has been an odd couple of years.  I was close to Gavin Halliday, and we remain in touch even though he left Avios over two years ago.  I never had as much as an email off Drew in the last 30 months.

Knowing how things works at IAG, Drew is likely to have been asked to leave the premises immediately after submitting his resignation.  It remains to be seen whether IAG decides to promote someone internally – the IAG ‘way’ is to move top talent across companies and divisions to broaden their experience rather than recruit externally – or if they move for someone with specific loyalty expertise.

Whoever it is will have to live up to this forecast for Avios revenue growth which Drew put into IAG’s Capital Markets Day presentation a few weeks ago:

As you can see, there is a substantial step-change planned in the number of Avios issued from 2020 onwards – up 9% year-on-year vs 7% over the last three years.

Hitting that target will now be someone else’s challenge.

You can find out more in this press release here.