As we covered a year ago, China Southern has resigned from the SkyTeam airline alliance.  This had been expected ever since American Airlines bought a stake in the carrier – a stake it has already written down by $50m (25%).  It was assumed that China Southern would then apply for full oneworld membership, but for now it appears happy to strike bilateral deals with key oneworld members.

In the short term, little will change.  British Airways has had a codeshare deal with China Southern since 2017.  Stage 1 of the joint venture will see the codeshare extended to cover all direct flights between London and Beijing, Shanghai, Guangzhou, Sanya, Wuhan and Zhengzhou. Domestic connections in the UK and China will be added later. 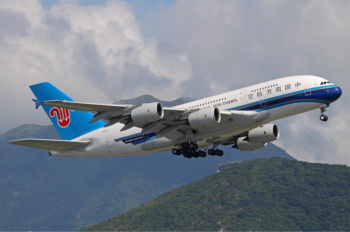 The key differences between the codeshare deal and the new Joint Business Agreement should be, based on precedent:

The Joint Business Agreement officially starts on 2nd January although it will take some time to ramp up and for all of the features to go live.

You can learn more about the new partnership with China Southern on this page of ba.com.  There is nothing yet on the ‘partner Avios and tier point earning and spending’ page.