A few days I wrote a long article on the Starwood Preferred Guest American Express Card.

It seems that this was a partial waste of time (only partial, because we’ve cut and pasted much of it into this article!) because American Express has now announced the rebranding of the card, with ‘enhanced’ benefits.

This is what is happening on 26th February:

Instead of giving all cardholders Silver Elite status, you will receive 15 elite night credits per year.  This will trigger Silver Elite status anyway, but also means that you are 15 nights closer to Gold Elite, Platinum Elite or Titanium Elite status.  This is a genuine improvement.

The annual fee remains at £75

Looking at the image on the letter, I think the card design is a copy of this US Bonvoy card: 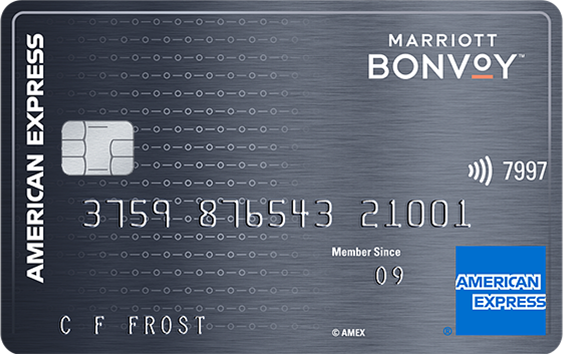 …… which is a shame, because this Bonvoy card – available only in the US – is much prettier in my view: 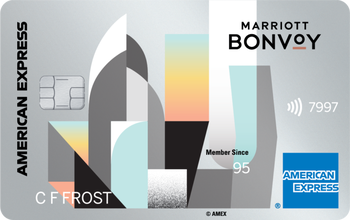 Let’s take a look at the elite night credit in more detail.

These are the ‘nights’ requirements for different levels of Marriott Bonvoy status:

Because the Marriott Bonvoy American Express comes with 15 elite night credits, you will only need:

Gold Elite is not worth much, so I won’t focus on that.  You can also receive Marriott Bonvoy Gold Elite status for free by getting The Platinum Card from American Express.

Platinum Elite is where it gets interesting.  You can see the list of Platinum Elite benefits on the Marriott website here, but to summarise the relevant ones:

You get Executive Lounge access when the hotel has a lounge

You get a room upgrade, including suites, if available

However you look at it, Platinum Elite is a good package.

50 nights is a stretch unless you are travelling heavily each week.  35 nights, on the other hand, is manageable for a lot of people.

If you believe that you could comfortably do 35 Marriott Bonvoy nights per year then it is well worth paying £75 for the new Marriott Bonvoy American Express in order to secure Platinum Elite status. 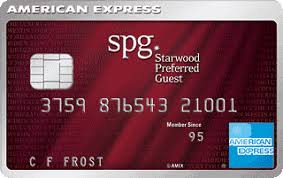 But if you’re not bothered about earning Platinum Elite status …..

For anyone who is NOT bothered about pushing for Platinum Elite status, the Marriott Bonvoy American Express is substantially less attractive than the SPG version.  The day to day earning rate is cut by 33%.

I tend to value a Marriott Bonvoy point at 0.5p.  2 points per £1 means that you are getting a 1% return on your spending.  This isn’t bad BUT you are paying £75 per year for the privilege.

In comparison, if you value an airline mile at 1p, you could get:

What other benefits does the Starwood Amex offer?

Let’s run through the other benefits of the Marriott Bonvoy American Express card.

Because you only need 10 elite nights to receive Silver Elite status, and you will receive 15 elite night credits each year for holding the card, everyone who gets it will be – at the least – Silver Elite in Marriott Bonvoy.

The benefits of Silver Elite are not huge, of course.  You can see the different Marriott tier levels here.

The key benefits of Silver Elite status are:

…. and that’s it, at least in terms of stuff you will find genuinely useful.  It isn’t a lot but it should stop you getting the room overlooking the bins. 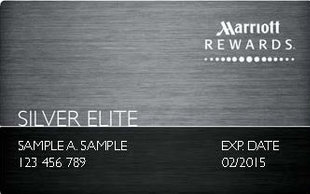 The free night benefit is remaining as part of the card rebranding.

This sounds great, given some of the luxury properties in the Marriott portfolio.  However – whilst the Amex website doesn’t tell you this – it can only be used at hotels which costs up to 25,000 points per night.

This isn’t much.  For comparison, the top Bonvoy redemptions now cost 100,000 points per night.

It is also not possible to book a better hotel and pay the additional points on top.

In the UK, 25,000 points gets you the Bexleyheath Marriott, Courtyard Aberdeen Airport, MOXY Heathrow Airport, Durham Marriott, Portsmouth Marriott etc.  There is nothing in Central London – the MOXY at Excel is the nearest qualifying option, and even that goes up to 30,000 points on a ‘peak’ night.

Spending £25,000 on an Amex card is NOT easy – and your only reward is a free night at a relatively low-rent hotel.  It makes no sense. 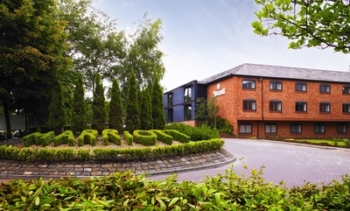 It comes with a good sign-up bonus worth 10,000 Avios – if you qualify

Due to the new tough restrictions on sign-up bonuses that American Express launched last year, virtually no-one now qualifies for the sign-up bonus on the Marriott Bonvoy Amex.  You can’t get it if you have any other Amex card, and virtually no-one would choose the Bonvoy card as their first Amex.  Without a sign-up bonus, the £75 annual fee – which is NOT waived in Year 1 – looks tough.

(You SHOULD get the Marriott Bonvoy Amex as your first Amex card, as I wrote in this article.  But unless you read HFP, you probably wouldn’t.)

On the off-chance that you haven’t had any other personal American Express cards in the last 24 months, you qualify for the sign-up bonus of 30,000 Bonvoy points.  30,000 points is good for around £150 of free hotel nights or will convert into 10,000 miles with over 40 airlines, including Avios and Virgin Flying Club.

One positive quirk of Marriott Bonvoy is that you can transfer points between members for free, up to 100,000 points per year.  This means that you could persuade a family member who would qualify for the bonus to take one out and then transfer the points to you.

There is a low spend target to trigger the bonus

As I wrote above, the earning rate is looking weak now and certainly not a reason to have the card.  The only exception would be if you were spending such large sums that the £75 fee became a rounding error.

The double points (6 per £1) offer for spending at the 30 Marriott brands now seems to be permanent.  This IS a decent deal when staying at UK hotels.

Note that the card has a 3% FX fee so, irrespective of double points, it isn’t a good one to use abroad until your employer is repaying you.

The problem is that, at 2 Bonvoy points (0.66 airline miles) per £1 of spending, the £75 per year annual fee doesn’t make sense for a lot of people.

You get Marriott Bonvoy Gold Elite status for spending £15,000 in a card year

This isn’t worth much, to be honest, because Bonvoy Gold Elite has few benefits.  More importantly, you can get Marriott Bonvoy Gold Elite status for free simply by taking out an American Express Platinum charge card, no spending required.

The new ’15 elite nights’ credit means that you would also receive Gold Elite status after spending just 10 nights per year in Marriott hotels.

The £75 annual fee is refundable pro-rata if you cancel

You can cancel the card at any point and receive a pro-rata refund of the annual fee.

For a small group of people – basically anyone who can easily do 35 Marriott nights per year but less than the 50 nights required to get Platinum Elite automatically – the ability to receive 15 elite night credits will make the Marriott Bonvoy American Express worth getting.

Unfortunately, I think far more people will now look at the £75 annual fee and the reduced ‘2 points per £1’ earning rate and decide to cancel.

My full review of the Starwood Amex credit card is here.  You can apply for the card here.  The new card is not available, but if you apply now for the SPG-branded version the new benefits will apply from 26th February.