We got very excited last year when IHG bought the small Six Senses chain.  This brought some very high quality properties into the group, including what is generally seen as the classiest resort in Europe – Six Senses Duoro Valley, just outside Porto.

Here is the list of hotels which IHG bought: 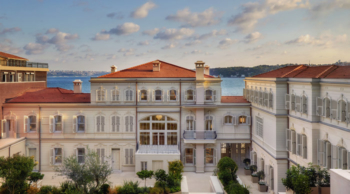 Integration into IHG Rewards Club has been painfully slow, however.  It started last August with the two Singapore hotels became bookable on points:

Both are priced at 50,000 points per night as a redemption.

However …. the Singapore hotels are NOT ‘normal’ Six Senses resorts.  They were an experiment in opening city centre hotels.  Feedback has not been great, probably because they were not designed by Six Senses from the bottom up.  The two properties were meant to open as Starwood hotels and only switched after the group was bought by Marriott.

Six Senses #3 is now bookable on points – in Istanbul.

This is a brand new hotel, called Six Senses Kocatas Mansions, Istanbul.  The website is here.

It looks amazing.  Located in the prestigious Sariyer district, it is a conversion of a historic mansion and has great views over the Bosphorus Strait.  Much of the Ottoman-era architecture has been retained. 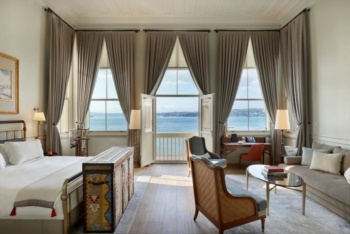 However, this is very much a premium priced property.  The hotel market in Istanbul looks terrible at the moment, with midscale and upper scale hotels selling very cheaply.  The Six Senses is, without a doubt, a fantastic hotel for a special treat but you could book an InterContinental or Crowne Plaza for a fraction of its rates.  If you were considering the Four Seasons or Ciragan Palace however, this looks like a realistic alternative.

PS.  If you missed it, take a look at our recent article on 10 good reasons to apply for the FREE IHG Rewards Club Mastercard credit card.

Get bonus points: IHG’s current promotion is ‘2x’, which runs until 15th December 2020. You can learn more in our article here. You can register here using promo code 44480.