This is part two of my Ryanair flight review.

Part one of my Ryanair review can be found here and covers my (successful) attempts to avoid paying a single extra penny for seat selection or cabin baggage on top of my £5 base fare.

How was my Ryanair flight?

Perfectly acceptable, of course.  I was flying a relatively new aircraft with decent legroom and I had an aisle seat with my luggage safely stowed away. It was about as good as it was going to get.

Here are a few points worth mentioning:

Due to the failure of the Stansted shuttle train, I was delayed getting to the boarding gate in the satellite.  Most passengers had been processed by then but had, as now also happens with BA on short-haul, been forced to queue unnecessarily.  The aircraft was nowhere near ready for boarding.  I was nearly the last one to be processed but was still standing around for 10 minutes. 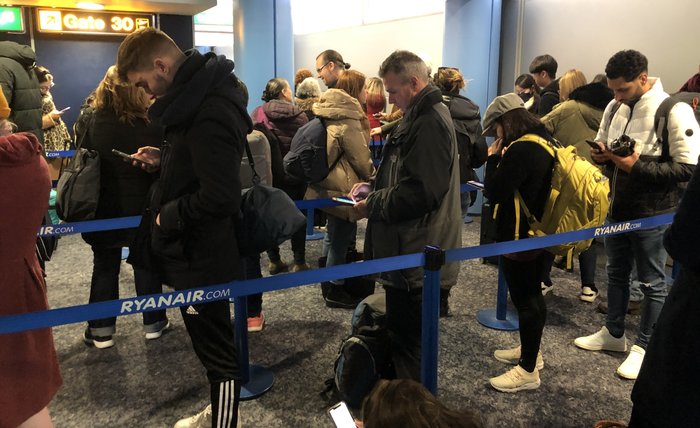 Ryanair was not using a jetbridge even though our gate had one.  Luckily the weather was fine last Tuesday.  (I should also say that British Airways used a remote stand at Porto when I flew back, forcing us to take a bus unnecessarily.)

There is no magazine pocket and the safety instructions are printed on the back of the seat in front.  It looks tacky but removing the seat pocket does add a bit of legroom: 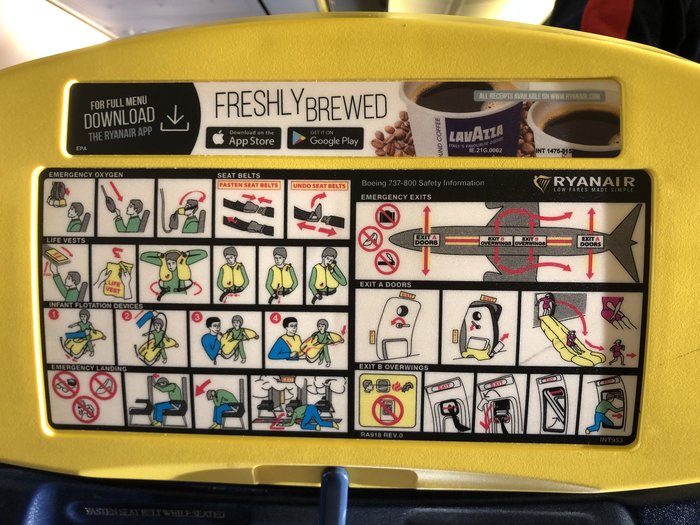 As you can see below, even at 6′ 2′ my knees were not touching the seat in front: 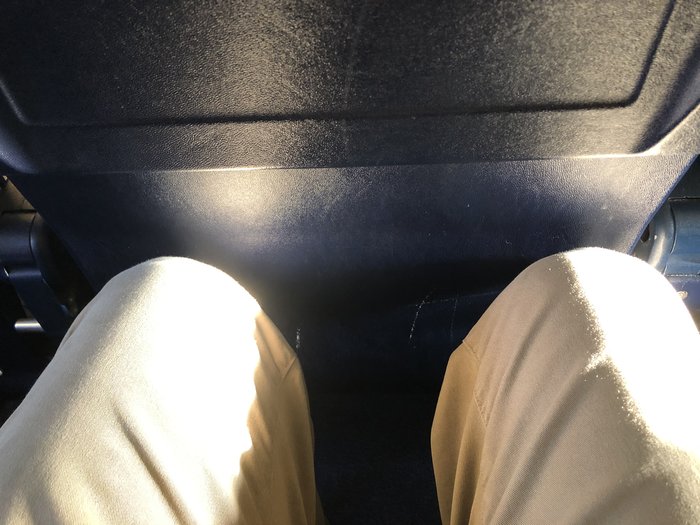 The Ryanair buy on board food offering is impressive.  If British Airways had anything like the range of products offered by Ryanair then I think passengers would be more accepting of it.

I have no idea what the availability was like, since buying something would have broken my £5 rule, but it looked good.  Pricing was not offensive for someone used to Central London costs. 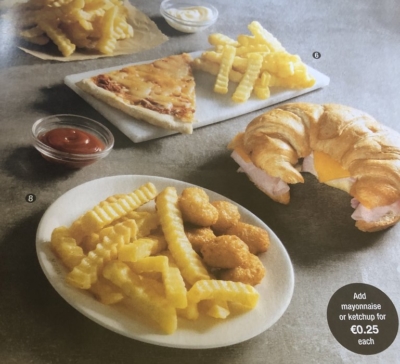 They DO still try to sell you scratch cards and play the funny fanfare on landing but it was all fairly half-hearted.  It is worth noting that on late evening and early morning flights, none of this happens and announcements are restricted to the minimum. 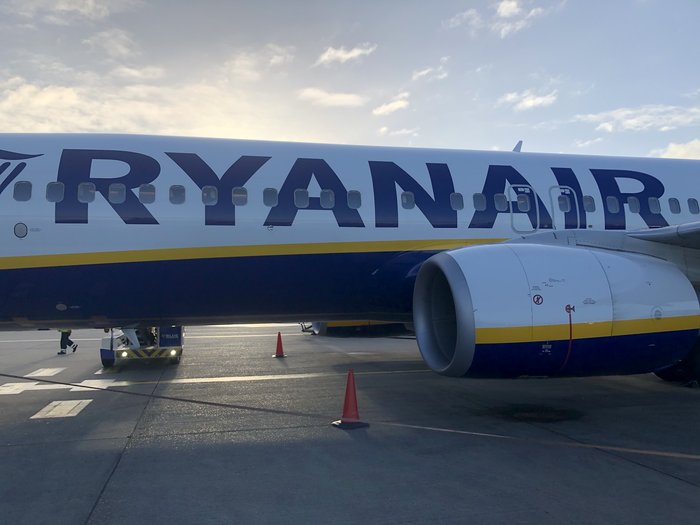 Conclusion – is Ryanair worth it?

I fully accept that I was hoping to get a spicier article from this flight.  As it turns out:

“Man takes punctual flight, gets decent seat and is able to stow his hand baggage above his seat”

….. is not going to win me any journalism awards.

What I didn’t say earlier is that I was a semi-regular Ryanair flyer at one point.  They used to fly from Stansted to Luebeck in Germany, which is the nearest airport (well, airport is pushing it a bit, it is basically a big shed) to my parents-in-law.

It was annoying for all those people who thought they were flying to Hamburg, when they were nowhere near it, but for me and my wife it was great.  At that point we were living in East London so the trip to Stansted was also manageable, and certainly no worse than getting to Heathrow.

IF you can get a very cheap ticket AND you are willing to play the game, as I was, you can get an amazing deal. 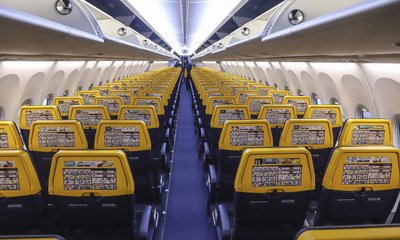 That’s not the end of the story though ….

What I didn’t say above is that this is only true when you look at the cost of the flight in isolation.  In my experience, most people fail to take into account the entire cost of their trip when flying with low cost carriers.

Let’s take my return flight.  I had booked myself on the 11.05 Ryanair flight back from Porto on Thursday, for the same £5 one-way fare.

Two weeks before departure, I realised that British Airways had a 15.25 depature to Gatwick.  Even booking 14 days out, it was just €39 in Euro Traveller and €119 in Club Europe.  I could basically buy myself an extra 4 hr 20 mins sightseeing time for a very low cost and land at an airport far closer to where I live.

It was a no-brainer.  I dumped my Ryanair return flight and booked British Airways Club Europe.  €119 one-way (£102) got me seat 1A with 1C remaining empty, over 2000 Avios, some On Business points and a decent BA afternoon tea with two mini-bottles of champagne.  It also got me lounge access in Porto, although I would have had this with Ryanair via my Priority Pass anyway.

The key factor, though, was the extra four hours in Porto, helped by the fact I have InterContinental Ambassador status and could get a guaranteed late check-out.

The cost of travel is not just the cost of your flight.  It also includes costs such as getting to the airport (Stansted Express is £20 vs £6 on the tube to Heathrow) and whether you’d spend money in the airport vs having lounge access if you flew British Airways instead.

It is, more importantly, about whether the timings let you maximise your holiday and – often overlooked – whether you are travelling with a carrier who has the willingness and capacity to help you if things go wrong.  If I was going to be caught up in disruption in New York, for example, BA/AA and Virgin/Delta will be able to help me more quickly than Norwegian due to the sheer weight of seats and rerouting options they offer.

To get back to Ryanair, they delivered everything they promised – and more – for my £5.  It lost at least £20 on flying me to Porto just on Air Passenger Duty and Stansted fees, but Michael O’Leary can afford £20 more than me.