Virgin Atlantic has slowly been growing its route network again after several years of cuts, buoyed by the arrival of new aircraft.  Last year it launched Tel Aviv, March sees the launch of Sao Paulo (I will be on the launch flight!) and we now know there will be at least one ‘new’ route this year – to Cape Town.

Virgin Atlantic previously flew to Cape Town, although it was one of several routes axed in a comprehensive network review in 2015.  The relaunch of the route is welcome news as it is a very popular destination with premium leisure passengers.

Hopefully Virgin Atlantic will be able to drive a bit of competition with British Airways, which is now the sole airline to fly the route direct from the UK since Thomas Cook went under last year.  Because the flights are usually overnight, with minimal time difference, this is one route where hubbing via the Middle East is not very attractive if you can avoid it.

The service will start Sunday, 25th October (the first weekend of half term) and will operate daily during the winter season until (we are told) at least Easter.It complements Virgin’s existing Johannesburg service.

Here are the times:

Flights to Cape Town clock in at around 10 or 11 hours, which on a night flight is long enough to have dinner and still get a good night’s rests before breakfast.

It is rare to have a day flight back from Cape Town, because – rather like day flights from New York – they are not very popular with business class passengers.  On the upside, Economy and Premium Economy passengers probably benefit as they do not need to sleep.

The benefit to Virgin Atlantic is huge – if the aircraft came back overnight, it would be sitting unused in Cape Town for 12 hours which is hugely wasteful.  Given their limited fleet size, I doubt the route would have returned if the aircraft did not turn around immediately.

The route will be operated by a Boeing 787-9, which features the existing Upper Class seat we have previously reviewed here. There are no plans to put the A350 with the new Upper Class seats on this route, although this may change as Virgin receives more of the aircraft type.

The flight will be open for booking on Tuesday 18th February on the Virgin Atlantic website here. If you want to use your Flying Club miles you are looking at 115,000 miles off-peak, plus taxes and surcharges.

Is Cape Town worth visiting?

Cape Town is one of my favourite long haul destinations to fly to, not least because the flight time is long enough to give you a good nights sleep. This is compounded by the fact that South Africa is only ever 1-2 hours ahead of London, so you suffer from virtually no jet lag.

Then, of course, there are the delights of the city and its surroundings themselves. There is the natural splendour of the city itself, from Table Mountain to the stunning Cape Peninsula (these are holiday photos of mine!): 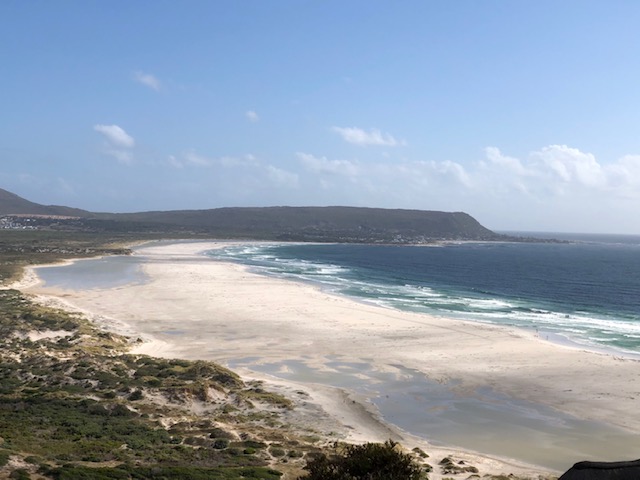 …. as well as the beautiful Kirstenbosh botanical gardens (which, incidentally, are also at the base of an exciting hike up Table Mountain), the opportunity to visit Robben Island, with guided tours by former inmates and the chance to try many different wines in Constantia, Stellenbosch and (slightly further afield) in Franschoek.

Cape Town is also an excellent starting or ending point for the ‘Garden Route,’ a coastal road trip between the Western and Eastern Capes, and is also a short domestic flight away from the Safari hotspots around Johannsburg and Kruger National Park.

If you are looking for a bit of winter sun next year, I would seriously consider trying out this new service.

How to earn Virgin Points from UK credit cards (January 2022)