Rob’s note: Whilst it is unlikely that you are travelling anywhere in the next few weeks, we are carrying on regardless!  After all, even in normal times it is very rare that anyone acts immediately on our travel tips, airline reviews or hotel reviews.  We will try to keep you full of good ideas for when usual service resumes.

Inverness Airport is not much to look at, although I’ve seen far worse.  The entire airport seems about the size of the Business Class Lounge at the Qatar Airways base in Doha!

It has, however, become very popular in recent year with people who are looking for cheap British Airways Club World fares. 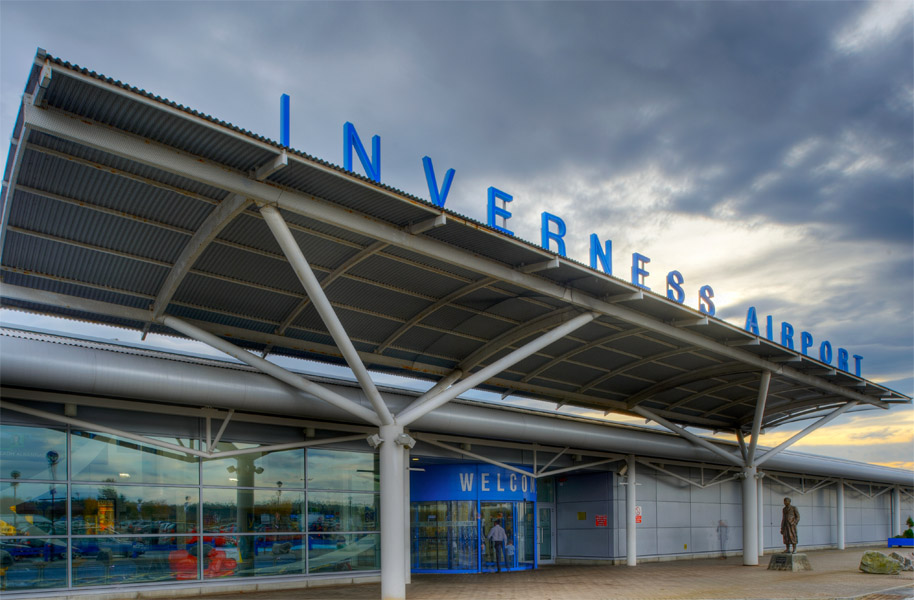 Inverness, along with other airports in the Scottish Highlands and Islands region, has been exempt from Air Passenger Duty since 1994.  Between 1994 and 2016, this fact fell into the ‘nice to know but not very useful’ category.

By booking your long haul British Airways business class flight as Inverness – London – XXXXXX, you would save £172 per person in Air Passenger Duty.

To be honest, I never had any interest in trying this out.  It was inconvenient and of course the cost of getting to Inverness takes a chunk out of your £172 saving.  There were also transit passenger taxes to pay at Heathrow which ate into your saving.

Here is an example on an Avios ticket in Club World to Dubai from Heathrow:

OK, it’s better than nothing.  However, you need to get to Inverness in the first place, which is another 4,500 Avios + £17.50 each way.  Your saving soon disappears and you are putting a low value on your time.

What really kicked off interest in Inverness was a series of cheap British Airways long haul Club World fares.  These were subtantially cheaper than fares from London, even after adjusting for Air Passenger Duty, and more in line with what you would usually see out of Amsterdam.

You would also earn an extra 80 British Airways Executive Club tier points (40 points each way) due to the two additional Club Europe flights on your ticket.

If you lived close to Heathrow, taking advantage of these fares from Inverness was fairly simple.

It is possible to do a back-to-back on British Airways at Inverness as long as you already have your boarding pass and have no luggage.  Fly up, get off the plane quickly, go into the tiny terminal, head back through security and fly back on the same aircraft.

At Heathrow, you head straight to your long-haul aircraft, having checked in your luggage before you took the Inverness flight.

Alternatively, because you can have a sub-24 hour stopover in London without triggering Air Passenger Duty, you could fly from London to Inverness and back the previous day.  You get to go home at night – as long as your home is near Heathrow – and then head back to Heathrow the next day.  You need to ensure the gap between landing from Inverness and taking off the next day for New York or wherever is under 24 hours.

If you don’t live near Heathrow, however, you have to get to Inverness using another airline or the train.

Other airlines flying to Inverness, according to the airport website, are easyJet (Gatwick, Luton, Bristol) and Loganair (Manchester, Birmingham, Belfast, Dublin, Jersey).

The airport lacked a hotel and, with a few exceptions, accommodation in Inverness itself has poor feedback for quality and value, especially during the Summer.

The good news is that a brand new Courtyard by Marriott hotel has opened at Inverness Airport.  Take a look at its website here.  Tomorrow we are reviewing it.  If it’s any good, you may feel happier about trying to find a deal from Inverness for your next long haul British Airways flight.