In a positive move for passengers, although a less positive one for airlines, the European Union has blocked plans to force customers to take a voucher instead of cash when a flight is cancelled.

The Dutch Government had proposed a plan to allow airlines to stop offering cash refunds.  The proposal would have allowed airlines to force passengers to accept a credit voucher, valid for 12 months.  The only upside was that the airline would have had to swap the voucher for cash after 12 months if it had not been redeemed.

In a statement, the European Commission for Transport, Adina Valean, said that:

“Airlines must refund canceled flight tickets. They can of course also offer a voucher but — and this is very important — only if the customer agrees to accept this. If the customer does not want a voucher or other proposed solution, the company must reimburse.”

This only applies to passengers whose flights are cancelled.  An airline can still impose a voucher – with no requirement to turn it into cash at any point – if it lets you voluntarily cancel a non-refundable flight which is still operating. 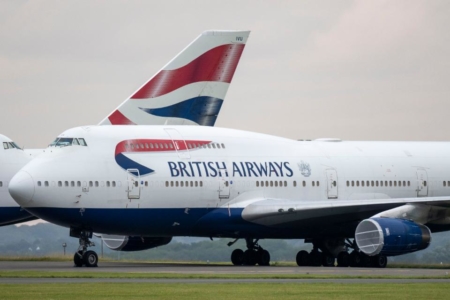 How much money could British Airways have to refund?

I dug out IAG’s 2019 accounts to see how big a problem this is for British Airways, Iberia, Aer Lingus, Vueling and LEVEL.

The outstanding sum at the year end for flight tickets which had been sold in advance of travel was €3.57bn.

Total IAG passenger revenue for 2019 was €22.5bn.  This implies that the average passenger books 58 days before departure, although in reality it will be longer than that as short-notice tickets are disproportionately more expensive.

I would imagine the €3.57bn figure was higher when coronavirus hit Europe, because a lot of people will have booked for Summer 2020 during January and February.  I have also assumed that the €3.57bn includes the associated ‘pass through’ UK Air Passenger Duty.  If it doesn’t, the sum is higher.

For simplicity, if we assume that IAG had €4bn of pre-booked ticket sales at 1st March and that 66% by value were for travel in March, April and May, the group is looking at refunding €2.7bn of flights.

At a stroke, this takes out 30% of IAG’s €9bn cash and cash equivalents, and this is before the huge weekly costs of running a grounded fleet with virtully no income.

If 50% of passengers over March, April and May could be pursuaded to take vouchers instead of cash, IAG could potentially keep €1.35bn in the bank.

These are serious sums of money, and you can see why IAG – and other airlines – are less than keen to issue cash refunds even when they are legally required to do so.

British Airways has removed the functionality to refund a cancelled flight for cash from its website (although you can get a British Airways cash refund online with our workaround – it is still working from some if not all) although it will pay up if you call.