The Emirates First Class Suite on the Boeing 777-300ER fleet fights it out with the new Singapore Airlines A380 First Class suite for the title of ‘Best First Class’.

On overall silliness …. including £250 bottles of wine and £790 bottles of cognace …. I think Emirates wins.  I wrote a lengthy three part review of the new Emirates Boeing 777-300ER First Class Suite which starts here.

The real snag was booking it.  Emirates, as most readers will know, is beholden to the A380 and only a handful of airports receive the Boeing 777-300ER.  The A380 has a good but not state-of-the-art First Class product – I reviewed Emirates A380 First Class here.  But I mean …. on the new suites, the middle (interior) suites with no window have a live video projection of what is happening outside instead.  Welcome to the future. 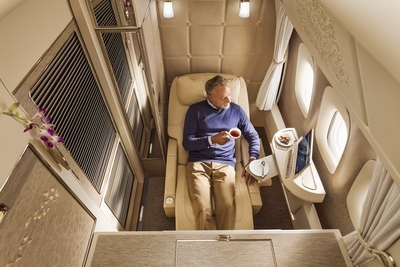 But Emirates First Class was VERY hard to book

I had assumed that it was totally impossible to book the new First Class Suite with Emirates Skywards miles.

I am eternally grateful to a HtP reader who tipped me off that seats did open up, but only three days in advance.  This meant that I had to book a trip to Dubai without actually knowing if I’d be able to fly the seat home or not.  Emirates was releasing seats virtually every day, however, and once I worked out what time they appeared it was a manageable risk.

For most people, this isn’t the sort of gamble that you’d want to take. Now you don’t have to. 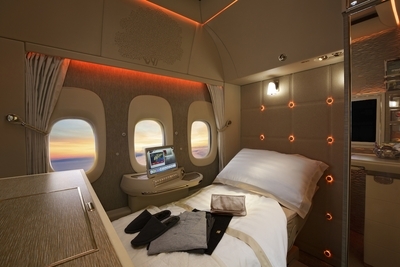 Andrew, who runs Singapore’s frequent flyer site Mainly Miles, sent me a note to say that Emirates Boeing 777-300ER First Class is wide open for January / February / March 2021 on the Stansted to Dubai route.  You will find it on other dates too, but not as common.

You need to fly out of Stansted because it is the only UK airport where Emirates currently uses the 777-300ER.

Here is an example for 9th February for example, where both daily flights have it:

IMPORTANT:  The mileage price of 67,500 miles one-way in that screenshot is only valid when booked as part of a return trip on dates when cheaper ‘Flex’ awards are available.  If you book a one-way ticket, it will cost 85,000 miles.

….. is that there is generally just ONE seat per flight released.

You CAN get multiple First Class seats on Emirates, but it is more common on the A380.  This is hardly surprising given that the Boeing 777-300ER only has six First Class cabins.

It is possible that more will open up nearer departure, but realistically this is going to be a trip for those of you who travel solo. 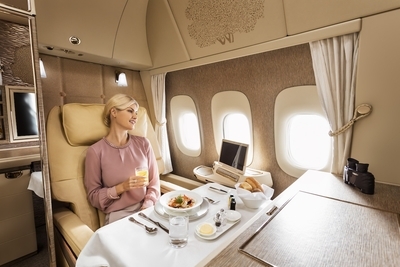 Emirates Skywards has cut its taxes …..

As I covered the other day, Emirates Skywards has recently cut its taxes sharply on reward flights.

For a one-way flight from Stansted to Dubai, you pay £249.

In the other direction – which is preferable because you can try the First Class lounges in Dubai as opposed to the terrible Escape lounge at Stansted – you pay just Dhs 400 (£85) one-way. 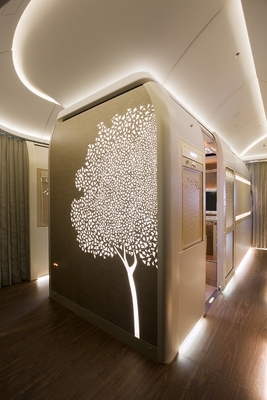 If you have 85,000 American Express Membership Rewards points going spare (or 130,000 for a return flight) then this is a unique way of using them.

Membership Rewards points convert 1:1 into Emirates Skywards and the transfer is instant if your accounts are already linked.  It may take an hour or so otherwise.

Availability is wide open for the first time and, even better, the taxes have been slashed too.  You really can’t lose.  Take a look at my Emirates Boeing 777-300ER First Class review here.