In the last few days we’ve had a lot of questions regarding your rights if you find you have been downgraded on a flight.

The reason was the withdrawal of the Boeing 747 from the British Airways fleet which has reduced the number of First Class seats across the network.  British Airways has been downgrading many passengers who were booked in First Class on a 747 route, presumably in anticipation of replacing the aircraft with one without First.

Luckily, there are comprehensive consumer protection laws in place for such an eventuality. EC261 (and, from 2021, UK law) requires that airlines refund between 30% and 75% of your ticket cost if they downgrade you.

Here is the exact wording, from the EU law website.

1. If an operating air carrier places a passenger in a class higher than that for which the ticket was purchased, it may not request any supplementary payment.

2. If an operating air carrier places a passenger in a class lower than that for which the ticket was purchased, it shall within seven days, by the means provided for in Article 7(3), reimburse

(c) 75 % of the price of the ticket for all flights not falling under (a) or (b), including flights between the European territory of the Member States and the French overseas departments.

Bear in mind that the refund only applies to the affected sectors.  If only the outbound flight of a return trip is downgraded, you are only eligible for a refund on that particular flight, not the booking as a whole.

Where the flights on a single booking are not priced individually, the refund will be based on a pro-rata calculation of the distance of the affected sector.

It gets slightly more complicated. In a 2016 ruling, the European Court of Justice found that the percentage refund applies only AFTER any relevant taxes:

“the price of the ticket to be taken into consideration for the purposes of determining the reimbursement owed to that passenger, where he is downgraded on a flight, is solely the price of the flight itself, to the exclusion of taxes and charges indicated on that ticket, as long as neither the requirement to pay those taxes and charges nor their amount depends on the class for which that ticket has been purchased.“

I’ll admit the wording is a little confusing, but my (non-lawyer) understanding is that

the reimbursement excludes the taxes of the booking if the taxes remain unchanged, ie. a downgrade from first class to business class

the reimbursement includes the taxes if the downgrade changes the rate of taxation, ie. a downgrade from premium economy to economy, where economy taxes can still be charged

It is also unclear how the carrier surcharges that British Airways charges should be treated. As you’ll see from the examples below, these are often significantly higher than the taxes themselves.

Let’s take a look at some real-world examples

Here are the lowest fares in the next 12 months to New York in all cabins on British Airways. In brackets, I have added the taxes that British Airways charges and which you can see during the booking process (click on ‘Price Breakdown’ and then ‘Taxes, fees and carrier charges’ for a full breakdown) or in your e-ticket email.

Since London to New York is over 3,500 kilometres you are entitled to 75% of the original fare back. Unfortunately, taxes complicates this calculation, as some taxes vary by class of travel (such as APD) and some don’t.

For simplicity, I’ll treat the taxes as a lump sum, although you may want to make a more granular calculation.

This is the cost of your flight after you get your refund, assuming both legs are downgraded:

In most cases, the net cost to you is less than the cheapest fares in your downgraded cabin.

This is especially true in premium classes, where a downgrade to Club World would be just over half of what you’d normally expect to pay. After receiving your compensation, your flights might be the cheapest you ever booked!

You should also bear in mind that these examples use the lowest fares available. Where you have booked higher fares the savings are likely to be greater as the taxes make up a smaller percentage of the overall cost.

The maths is less favourable across shorter distances. A typical return trip to Amsterdam, for example, is £64 in Euro Traveller (economy) and £160 in Club Europe (business class). Because London and Amsterdam are less than 1,500 kilometres apart you are only entitled to a 30% refund.

This would mean, for a downgrade from Club Europe, you are effectively paying £74 for an economy ticket that would otherwise have cost you £64. Not exactly ideal. 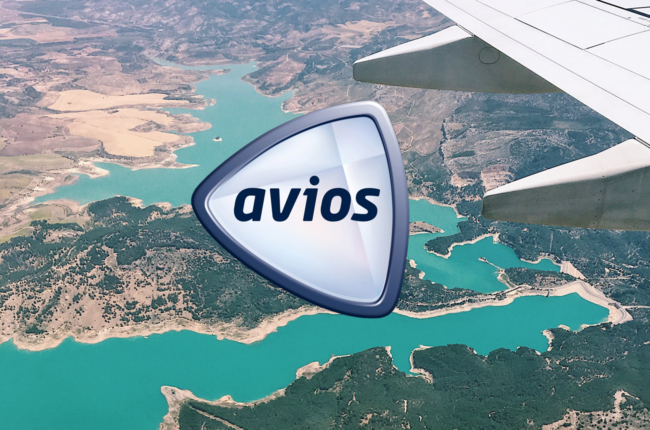 What about Avios redemptions?

The same regulations apply regardless of how the flight was paid for. British Airways may attempt to refund you the difference in Avios between the two cabins, but there is no clause in Article 10 to suggest that frequent flyer redemptions should be treated differently.

Whilst there has been no clear ruling on the matter, EC261 suggests that it is only taxes and not carrier imposed fees that are exempt from reimbursement.  Given the significant level of surcharges BA levies on Avios tickets you are likely entitled to 30%, 50% or 75% of both Avios AND a portion of the cash paid in surcharges.

Do I get to keep my luggage allowance or lounge access?

In short, maybe. Last year, British Airways offered this guidance internally when it flew an A350 without a First cabin to Dubai:

“Baggage allowance, lounge access, Tier points and Avios earned will be based on the cabin of travel not from the original ticketed flight.”

There is anecdotal evidence that you can call British Airways to protect your original baggage allowance, although neither EC261 nor BA’s own guidelines set this out in writing.

You are less likely to be able to access the lounge class of your original booking, although again there have been individual cases in which British Airways has done so.

EC261 will continue to apply after the Brexit transition period on 1st January 2021, as this will automatically be converted into UK law.

The easiest way to make your compensation claim is to call or email your airline directly. If you are claiming for a  downgraded British Airways flight you can do so here.