Back in April, British Airways added a new Avios option on flights between Heathrow and New York JFK.  It reduced the minimum cash component of an economy (and only economy) redemption to £100. 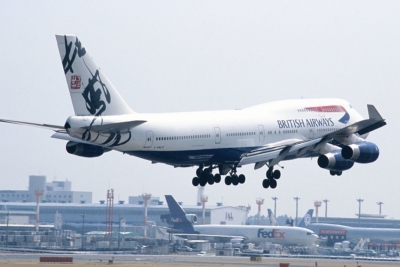 The option was marketed as ‘Reward Flight Saver’, which is the term British Airways already used for short haul redemptions.

As a refresher, Reward Flight Saver (or RFS) allows anyone who has earned one Avios in the last year to book a short-haul reward flight with a subsidised level of taxes and charges.  These are fixed at £35 and £50 return for economy and Club Europe, respectively.

Reward Flight Saver is only available on flights operated by British Airways or its franchisees. Codeshares or joint venture flights are not included.

Although in recent years BA has been adding additional balance options for redemptions, the traditional RFS amounts of £35 / £50 have typically offered the most value on a ‘pence per Avios’ basis.

You can read how British Airways Reward Flight Saver works in this article here.

How do you book long-haul Reward Flight Saver?

It appears that Reward Flight Saver is now available on most, if not all, long-haul flights but only in World Traveller and only on flights operated by British Airways.

(So, for clarity, you cannot book this on American Airlines, Qatar Airways, Cathay Pacific etc, or in World Traveller Plus, Club World or First.)

When you come to book an economy long-haul flight with Avios, you will see this:

As you will see on this page of the BA website, the Reward Flight Saver information has not yet been updated.  It still only says that North American routes are available long-haul:

“Reward Flight Savers are our best value reward flights. You pay the Avios and a flat fee in cash while we pay the taxes, fees and carrier charges for you. It’s available on selected return flights in Europe, North America* and on southern Africa wherever you see this symbol.”

It seems to be available in other places, however.  Let’s look at an example.

Let me spoil the surprise to save you scrolling down – no.

Whilst taxes have gone down, the Avios required have gone up.

Let’s take a look at the new Reward Flight Saver option to Tokyo.

Historically, an off-peak Avios redemption to Tokyo in economy would be 39,000 Avios

You now see the following options:

The ‘headline’ Reward Flight Saver price of a return economy ticket from London to Tokyo is now 70,000 Avios and £200. 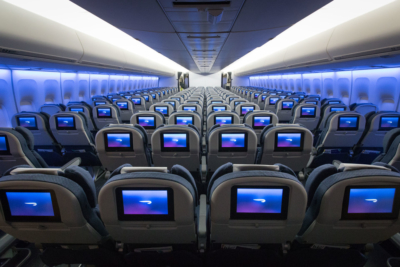 Which pricing option is best?

There is no definitive answer, except to say that the ‘headine’ lowest fees price will never be the best value.

The easiest way to work it out is to assume a value of 1p per Avios, because this is what you should be trying to achieve.

Let’s look at the Tokyo options:

If I were booking this, I would be roughly ambivalent between the 13,700 to 39,000 Avios options.  The overall cost, in terms of cash and Avios, is similar and my decision would depend on how many Avios I had or wanted to use.

You also don’t get a choice if you have not earned 1 Avios in the last 12 months.  Such accounts do not qualify for Reward Flight Saver, so the lowest taxes and charges option offered will be 39,000 Avios + £360.

Of course, you will often find cash tickets in economy to Tokyo for less than £900.  Even £686, the ‘best’ option above, can often be beaten for cash.

However, you should remember that Avios bookings come with low cancellation fees and inclusive of hold luggage, which you would not have on ‘Basic’ economy fares. If neither of these factors are important to you a cash ticket will usually beat an Avios redemption on value on this route.

The ONLY people who benefit substantially from Reward Flight Saver in long-haul economy are those who are Avios rich and/or generate Avios at no cost to themselves (eg. from business travel) and so value them at nothing.  These people will see a starting price of 70,000 Avios + £200 as better than 39,000 Avios + £360.  I hope that most Head for Points readers can clearly understand that the latter is by far the best deal.

In general, I think that British Airways is making a mistake by presenting this pricing as it does.

You only see the 70,000 Avios option unless you click an arrow.  If someone is looking into Avios to see if collecting points is good value, and sees that they need 70,000 Avios to fly to Tokyo in economy, they simply aren’t going to bother.

They will think ‘that’s £70,000 of spend on the free BA Amex credit card’ or ‘that’s £300 of Tesco Clubcard vouchers’ and write off the whole thing as impossible.