A note from Raffles:  I wrote this post last week, before Monday’s announcement that Priority Club is taking an axe to its reward structure and starting again.  As of today, the deals I outline below still stands.  However, you should book before the new award chart kicks in on January 18th to guarantee you get them.

I wrote a post yesterday about the special opening offer for Priority Club points at the InterContinental in Marseille.

Closer to home, it is worth noting that two brand new Holiday Inn’s in London are still available for just 15,000 points per night.  Frankly, you’d be a bit of a mug to redeem 25,000 points for a Holiday Inn Express or a run-down Holiday Inn when these two are available.

The 15,000 point deals are bookable up to 12 months ahead, and are fully refundable as with all Priority Club points bookings.  However, the 15,000 point offer will be withdrawn at some point soon.

A friend of mine (thanks Duncan!) sent me these pictures from the Holiday Inn Commercial Road last week.  As you can see, it is a substantial improvement on what you might expect from a traditional Holiday Inn.  This is an Executive Room as he was upgraded due to this Platinum status. 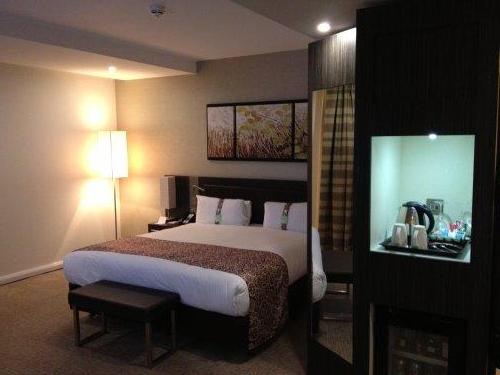 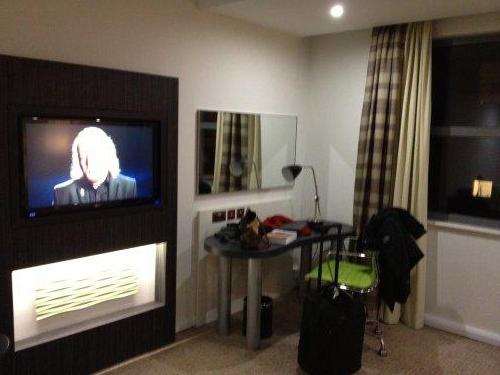 The other property still at 15,000 points is the Holiday Inn at Stratford, next to Westfield and the Olympic Park.

As it happens, I will be down there myself soon so I will post some pictures of that as well.  Public transport wise, Stratford is better connected to Central London than the Commercial Road property, despite the latter being a lot nearer the centre.