Back in September, I published this post.  It was 50% a review of my stay at the InterContinental Carlton in Cannes, and 50% an overview of other interesting redemption options in that part of the world.

Nice and the surrounding region has always been a popular destination for UK travellers (hence the Promenade des Anglais, the road on the Nice seafront).  There are now two new options for burning your hotel loyalty points.

The Hotel Martinez in Cannes is to be rebranded as a Grand Hyatt.

The Palais de la Mediterranee in Nice is to be rebranded as a Hyatt Regency.

Do not be fooled by the ‘Regency’ brand on the Nice property.  When it opened a decade ago, in a converted theatre, the Palais immediately became the best hotel in Nice and, I believe, still is.  There are great sea views from the rooms.  We had a very pleasant stay there about seven years ago, although since we had kids Nice has been off the list due to the stoney beach!  Here are a couple of pictures: 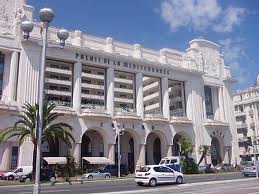 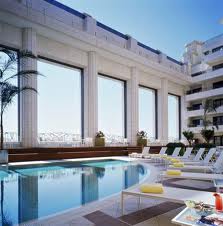 Remember that Hyatt Gold Passport allows you to upgrade your room to a suite for up to 4 nights for just 6,000 points!  (Subject to availability of suites for reward redemption, and the cheapest standard rooms are often excluded.)  This could be a great deal at these properties.  You can even buy these 6,000 points from the Hyatt website for under £100 if required ….

(The Martinez, I have to say, does not have such a great reputation and seems to be in need of refurbishment.  I have never stayed there, though.  And given Cannes prices in peak season, it would be a good deal on points whatever the condition.)

As part of the same deal, Paris gets two new Hyatt hotels as well.

The Concorde Layayette will become the Hyatt Regency Paris Etoile.  The Hotel du Louvre will retain its existing name for now, but is to receive a full renovation and become an Andaz property.