Loyalty Lobby has details of small but significant changes to the Club Carlson scheme from 1st June.  Club Carlson is the loyalty scheme for Radisson, Park Inn and Park Plaza hotels.

Carlson has historically had very loose transfer rules, which fundamentally let anyone give their points to anyone else.  This was part of the reason that people went crazy over their ‘50,000 points for one stay’ promotion in 2011 and 2012, as they could open multiple accounts in different names and then consolidate the points later.

(In reality, it was never SO easy.  You had to do transfers by telephone and they would often insist on dialling in the other account holder at the same time to confirm ….) 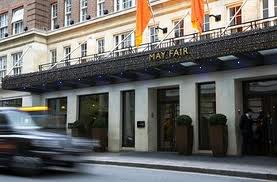 The rules have now been changed …. a little.

Transfers for Red (base level) members are only now allowed:

if both accounts have been open for a year, and

if both members live in the same household, and

if the addresses on both accounts have not been changed in the past 30 days.

If you have Club Carlson status, the old rules still apply.  And as you can get Club Carlson Gold free if you have American Express Platinum, or if you ask Carlson to match your status in another hotel programme, this should not inconvenience too many people.

Looking at the exact wording, it seems that only the person transferring out needs to have status.