With Wimbledon now over for the year, it is time to see who won the (just for fun!) Head for Points mini-league.  This was run by redspottedhanky.com, the train booking website, with the carrot of 3p of redspottedhanky.com gift vouchers for every point you scored.

138 teams joined the Head for Points mini-league!  The winner was Cmon Tim! who scored a whopping 588 points.  As well as winning our mini-league, he came an impressive 35th overall out of 3,669 teams.  Well done Mark! 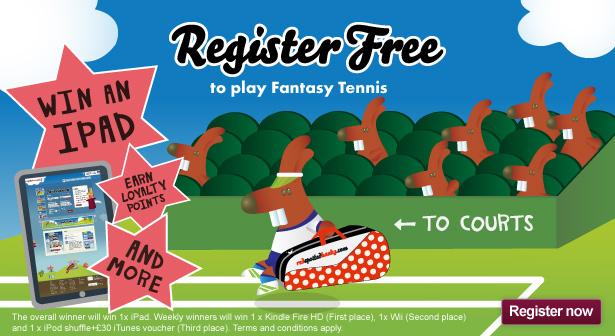 Second place was a tie between early leader Forty Love – who ended up with 556 points – and JJ554.

6 teams managed to score over 500 points and earn the maximum of £15 in train ticket vouchers.  A further 19 teams earned £12-£15 of vouchers.  Everyone will receive something, though, based on their final score multiplied by 3p.

In total, the teams in the Head for Points league scored a total of 36,824 points which means we earned £1,104 of train ticket vouchers between us!  Well done everyone.