Because most frequent traveller currencies can either be converted into a different one, or can be earned by converting something else, there are always odd opportunities that get thrown up. Sometimes you can do a conversion which you logically would not expect to be possible. This is one of them.

In general, a golden rule of airline programmes is that you cannot convert OUT of them. Pretty much every hotel and car hire programme lets you convert INTO airline miles, but very rarely the other way.

The main exception is Hilton. There were once quite a few airlines that let you convert into Hilton miles, but they have gradually been chipped away. Virgin is the last major airline offering a conversion into Hilton HHonors points.

The rate isn’t terrible either. Take a look here. Virgin miles can be converted into Hilton points at the rate of 1:2 (minimum 10,000 Virgin, and in multiples of 5,000).

Before Hilton devalued its award chart in February, this was a pretty good deal. It still has some merit, but the numbers don’t look as good as they did. Top-end hotels which were once capped at 50,000 Hilton points a night now run to 80,000-90,000 points, shockingly. 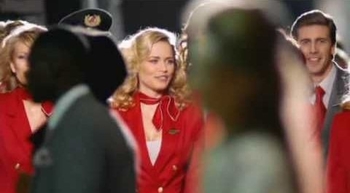 100,000 Virgin miles would get you an Upper Class return to the US West Coast. However, you would be paying £500+ in taxes and charges for that redemption. For some people – those people who prefer a good free hotel rather than a good free airline seat, if a choice must be made – converting those into 200,000 Hilton HHonors points may work.  6 nights at 35,000 points each at a Hilton in Prague may represent a more attractive deal.

Moving Starwood to Virgin to Hilton!

Most hotel programmes allow you to convert your hotel points into airline miles. However, the most attractive rate by far is offered by Starwood Preferred Guest. The usual transfer rate is 1:1, but you get a 25% bonus if you convert 20,000.

You can therefore do the following transfer:

You would not lose much value by doing this since the quality of hotel you can get for 20,000 SPG points vs 50,000 Hilton HHonors points is pretty similar. The main reason to do this would be if you were travelling somewhere with minimal SPG coverage but a decent Hilton option.

Moving Tesco to Virgin to Hilton!

Virgin Atlantic Flying Club is also a Tesco Clubcard partner. This gives you the chance to turn your Clubcard vouchers into Hilton HHonors points, via Virgin.

Without a transfer bonus, the maths is not hugely compelling:

On my valuation of 0.3p per Hilton point, you are only getting 1.5 x face value for your Clubcard vouchers – not great. However, if there is a transfer bonus from Tesco to Virgin going on, then the numbers get more attractive.

It is also worth noting that Hilton HHonors has a ‘cash and points’ option which can get you 0.5p per point (in my opinion), increasing the value of the conversion.

This is obviously a transfer which works best for someone who has an existing pile of Hilton HHonors points to top up. It may also be useful, though, for someone new to Hilton HHonors looking for a deal on a hotel in a city with massive Hilton coverage, such as London or New York.

(PS. For completeness, I should add that Virgin also lets you convert miles into IHG Rewards Club points for Holiday Inn, Crowne Plaza and InterContinental redemptions. The rate is poorer, though at 1:1. Admittedly, the two currencies are not comparable, but like-for-like you would get a poorer hotel via IHG for converting the same number of Virgin miles.)