I (or at least my internet connection in rural Germany) was out of circulation when Hilton announced details of the major changes to the Hilton HHonors scheme two weeks ago.

This was not necessarily a bad thing, though, because it has allowed the dust to settle and for people to digest fully what is going to happen.

As a reminder, this is what the Hilton website has announced, which the changes coming into effect on March 28th: 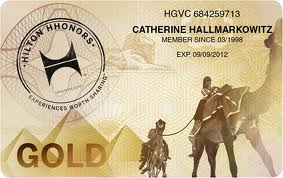 In reality, this means two things.

Seasonal pricing has been introduced for Categories 4 to 10. Category 10, for example, actually runs from 70,000 points through to 95,000 points.

Hilton has launched a new website at http://hhonorspointssearchtool.com which allows you to see how much a hotel will cost month by month.

So, who wins and who loses?

The biggest hit, without a doubt, is to the ‘aspirational’ Hilton HHonors properties.

Hilton runs a number of luxury resorts in places like The Maldives. Despite rooms being sold for £750+ per night, they have – historically – been available for the standard 50,000 points. This was, frankly, an exceptional deal.

(Although, of course, food and drink at these resorts does not come cheap, so you will leave with a hefty bill for incidental items. You would also have been tempted to pay cash to upgrade your room to, say, an over-water bungalow, which would have been an additional charge.)

These resorts have, without a doubt, taken a massive hit – compare the current rates to the new July rates:

In London and New York, you have also seen massive increases. Looking at May rates:

The last two are especially painful, given that DoubleTree is a mid-scale chain. The numbers are also out of kilter with the rates – Conrad New York was selling for $209 + tax when I was there. You’d be crazy to blow 80,000 points for that – I felt a bit uncomfortable spending 50,000!

If – like me – you usually redeem points for smart hotels in major cities, then you have been stuffed, frankly.

Outside of the big cities, though, things are surprisingly calm.

Some decent ‘holiday’ properties in Europe like Hilton Dubrovnik and Hilton Sorrento have actually gone down from 50,000 points to 40,000 points outside the peak Summer period.

And, of course, if you booked any of these for 5 nights then you would get the extra 20% discount as well. (Not that I am recommending 5 nights in Sheffield for your next holiday.)

To some extent, it doesn’t matter to me. I wiped out my Hilton points balance in New York! However, Hilton is an Amex Membership Rewards partner so I would have been able to top it up at any point. I don’t see that happening now.

I have never redeemed for a beach resort property with any chain, so hiking up the cost of The Maldives or Koh Samui does not impact me. What DOES hit me is the big rise in London – where we often put up guests – and New York, where I go every couple of years.

If, on the other hand, you do a lot of European weekend breaks, then the impact of these changes may even be positive.

Whilst these changes kick in on March 28th, you can book up to a year ahead.

If you’ve spotted any further huge moves, either up or down, in the Hilton HHonors reward chart then please post them below.

(Remember to follow our ‘Hotel Promos‘ page for the latest offers for all of the major hotel chains.)