Follow a number of rumours in recent weeks, American Express’s USA operation has now confirmed that card ‘churning’ will not be allowed from 2nd May.

Here is the statement that it issued:

In order to ensure fairness and clarity with our Card Members, we will be making a change to our acquisition incentive control rules for American Express Consumer Cards. Beginning May 2, 2014, welcome bonus offers will not be available to applicants who have or have had the Card they’re applying for. For example, if a Card Member once had or has a Platinum Card, they will not be eligible to receive a welcome bonus offer on a new Platinum Card application. 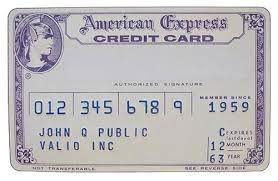 Just so everyone is clear, there is currently no public statement that this will also apply to the UK market.  However, it would be naïve to believe that a policy brought in for the US market will not eventually appear here.

In general, I would not consider this to be a major disaster for anyone if it was implemented.

If Amex brought in exactly the same policy – which means that you cannot get EXACTLY the same card twice and still receive a sign-up bonus – then you would still be able to obtain the following cards over a period of a couple of years:

(The bonuses quoted above are all current with the exception of SPG, which is offered at this rate once or twice a year.)

Assuming you converted all these points into Avios, you would earn 110,000 Avios points.

And your partner could do the same!

If that is ‘the worst case scenario’ then, frankly, it seems a pretty good one to me.

There are a small number of people who are now on their 4th, 5th or more Amex Gold card, having cancelled and reapplied on a regular basis over recent years – each time with a 6-month gap.  If such a restriction was launched here, these people would clearly lose out.

This is a tiny minority, however, even amongst Head for Points readers.  The only American Express card I have ever had more than once is the SPG Amex, which I have had twice.  I have also had a Platinum card since 1999 and a British Airways Premium Plus since it was launched in 2002ish, so I think American Express is doing OK there.

To clarify again – there is currently no formal plan to change the rules in the UK to match the new rules in the US.  But it would not be the end of the world if they did.